A collective Malay shame and tragedy 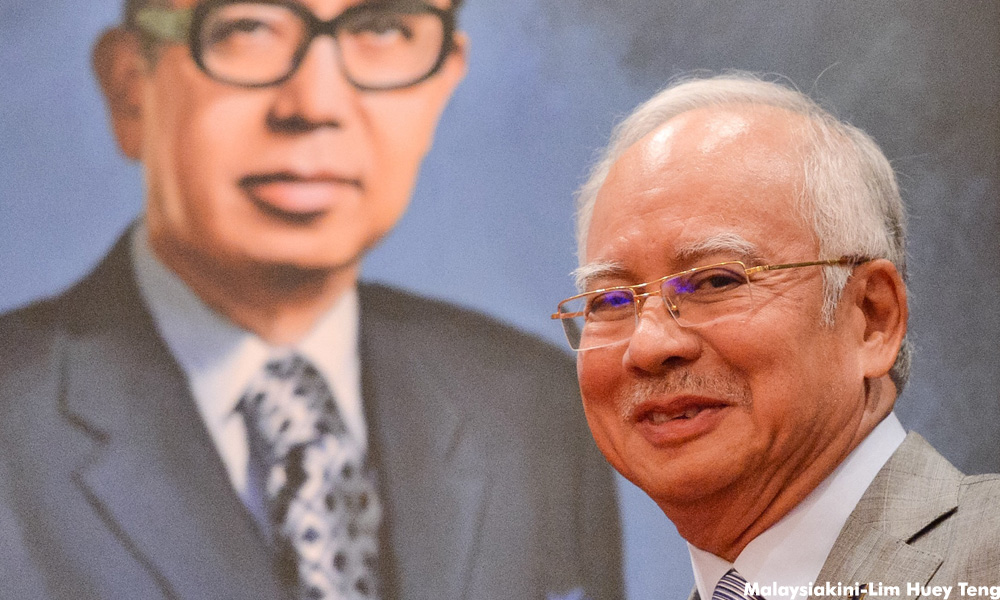 COMMENT | Reading the US Department Of Justice’s (DOJ) criminal indictment of November 1, 2018, relating to 1MDB, as well as its earlier (July 2016) civil forfeiture lawsuit on assets allegedly linked to it, I am struck by three singular observations.

First is the appalling avarice of the alleged culprits; second, the utter impunity with which they conducted themselves; and third, the sheer stupidity of the man without whose authority those shenanigans would not have been possible – Malaysian Official 1, as referred to in both charges. The world now knows him as Najib Abdul Razak. While he is not facing any DOJ charges as yet, in Malaysia he faces several criminal ones that could put him in jail for the rest of his life.

This 1MDB heist is by far the most complex and largest in terms of monetary value. The sheer hubris of the perpetrators to think that they could get away with it. As for Najib, he is not terribly bright, just wily enough to know that his fellow ministers and UMNO leaders could be bought cheaply with the loot from 1MDB.

As for his rise in UMNO, that too is more the consequence of Malay culture. Malays are suckers for terhutang budi, an excessive sense of gratitude. With Najib, it was for his father Abdul Razak Hussein – Malaysia’s second Prime Minister who died unexpectedly while in office in 1976. 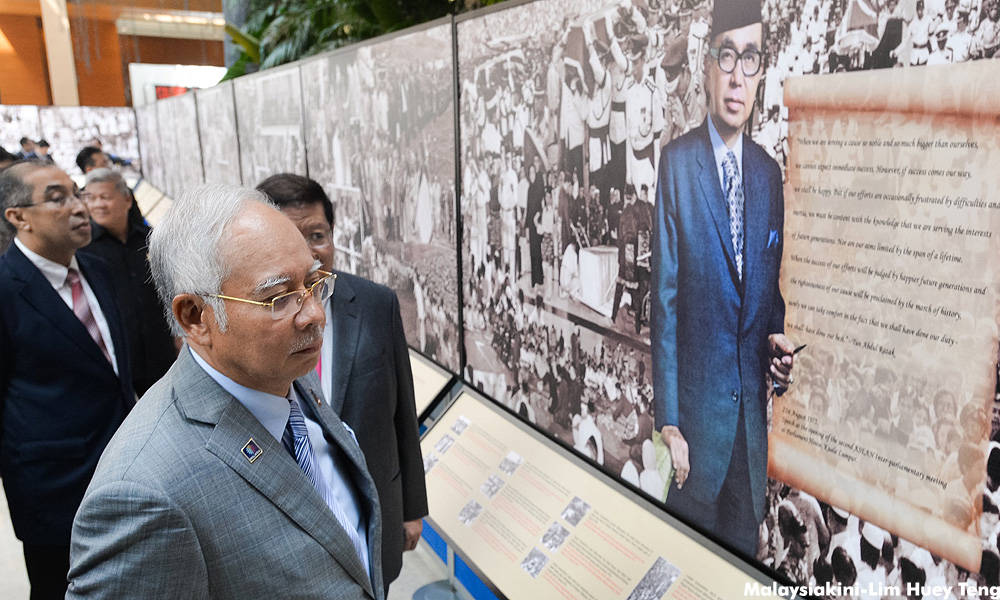 Had Najib not been a Bin Razak, he would be but a middling civil servant, at best. Think of it; had his Bin Razak status been ignored, or the powerful had not been terhutang budi, Malaysia would have been spared much grief today, and a whole lot less debt.

Najib Razak and his Master Yoda

This being Malaysia, the dangerous race factor is never far from the surface. That is the most pernicious and consequential legacy of 1MDB. Already there are ugly rumours, and not just within UMNO but also other segments of the Malay community, blaming those smart, greedy Chinese once again taking advantage, if not outright cheating, of sweet, innocent Malay leaders.

Even Najib is now distancing himself from Jho Low  This potential explosive component is the most dangerous and incendiary, and one that cannot be unquantified.

Even uglier and more painful to express publicly is this: Malays are downright ashamed by the outrageous behaviour of their corrupt leaders. Not stated but obvious is that all those charged in Malaysia are Malays, not ordinary ones but top leaders.

Malaysians must thank Mahathir for appointing Tommy Thomas as the attorney-general. It is amazing what you can achieve when you put a premium on honesty, integrity, and competence. Yes, there were many Malays who complained of Thomas not being a Malay or Muslim, as well as on his less-than-polished Malay.

Regardless, he put to shame his predecessor, Mohamed Apandi Ali. He, together with Najib, Ahmad Zahid Hamidi, Abdul Azeez Abdul Rahim and others, is but an unmitigated disaster and gross embarrassment to Malays and Muslims, bar none. 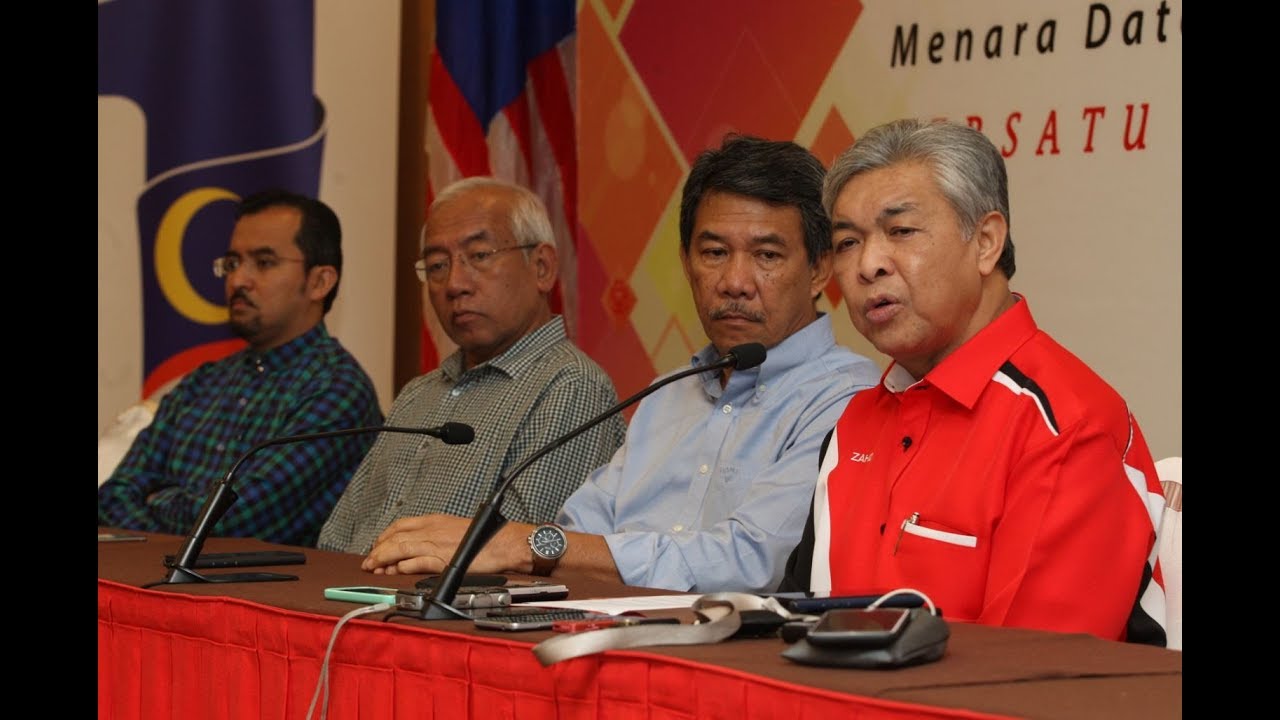 By normal reckoning, Apandi should have been impeached. Again in a perversion of values, Najib made him a Tan Sri, and the Yang di-Pertuan Agong agreed. Like it or not, to many non-Malays as well as Malays, the likes of Najib and Apandi represent the best that our community could offer. That hurts!

As for those other champions of Ketuanan Melayu, their goals would be achieved that much faster and more efficaciously if they would first get rid of these characters in their midst.

It is good to be reminded that with DOJ’s filings, a pivotal defendant in its criminal case has already pleaded guilty; with its civil (case), at least two have agreed to settle.

Much can be deduced from the local reactions, and even more so from the lack of same among some notable quarters. It is not surprising that simple kampung folks still believe Najib despite those charges as well as the boxes of gold and cash hauled from his residences. They still believe that the money was for them!

What stretches one’s credulity is that UMNO leaders too bought Najib’s snake oil, and they included many lawyers and accountants, as well as an Oxford graduate and even an Ivy League PhD! That is the greatest Malay shame and tragedy.

M BAKRI MUSA, a surgeon in California, is a frequent commentator on Malaysian affairs.

13 thoughts on “A collective Malay shame and tragedy”