by Terence Netto
A perception of nepotism would still be justified even if the reformasi movement, triggered by Anwar’s travails 20 years ago, had not had as its rallying cry the demand to end the corruption, cronyism and nepotism then plaguing the nation from UMNO-BN’s misrule. 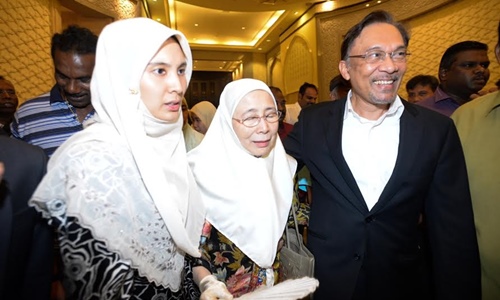 COMMENT | The danger of choosing relatives of an iconic leader to deputise for him when he faces legal trammels imposed by the powers that be is that the surrogates are soon apt to think they are where they are by merit rather than presumption.

This is the situation of Dr Wan Azizah Wan Ismail, the PKR leader who has just added petulance to a lengthening list of her demerits, both as party leader and as Deputy Prime Minister.

“Is there a problem? I thought we were voted by the rakyat (people),” was Wan Azizah’s disingenuous reply when questioned by reporters on the possibility of the public perceiving the presence in Parliament of her, daughter Nurul Izzah and – should he win in Port Dickson – husband Anwar Ibrahim as rank nepotism.

A perception of nepotism would still be justified even if the reformasi movement, triggered by Anwar’s travails 20 years ago, had not had as its rallying cry the demand to end the corruption, cronyism and nepotism then plaguing the nation from UMNO-BN’s misrule.

Because the movement had made it its clarion call to combat these three scourges of the polity, it is incumbent upon the Pied Piper of the movement (Anwar) and the one who deputised as leader while Anwar was in prison to see to it that such faults as the reformasi movement decried then are not replicated now, when the reform-seekers have become the government.

That’s not all the perceptual burden that has to be avoided.As recently as last year, in an interview with Al Jazeera, Wan Azizah had described her part as that of a “seat warmer”. Clearly, she meant that her withdrawal from the political arena would follow upon the release of Anwar from jail and his return to the legislative fray.

A royal pardon for Anwar in May removed one hindrance to his return; his election unopposed to the PKR top post last month has taken care of the other. But Azizah is not budging from her occupation of the Pandan parliamentary seat she won in GE-14. 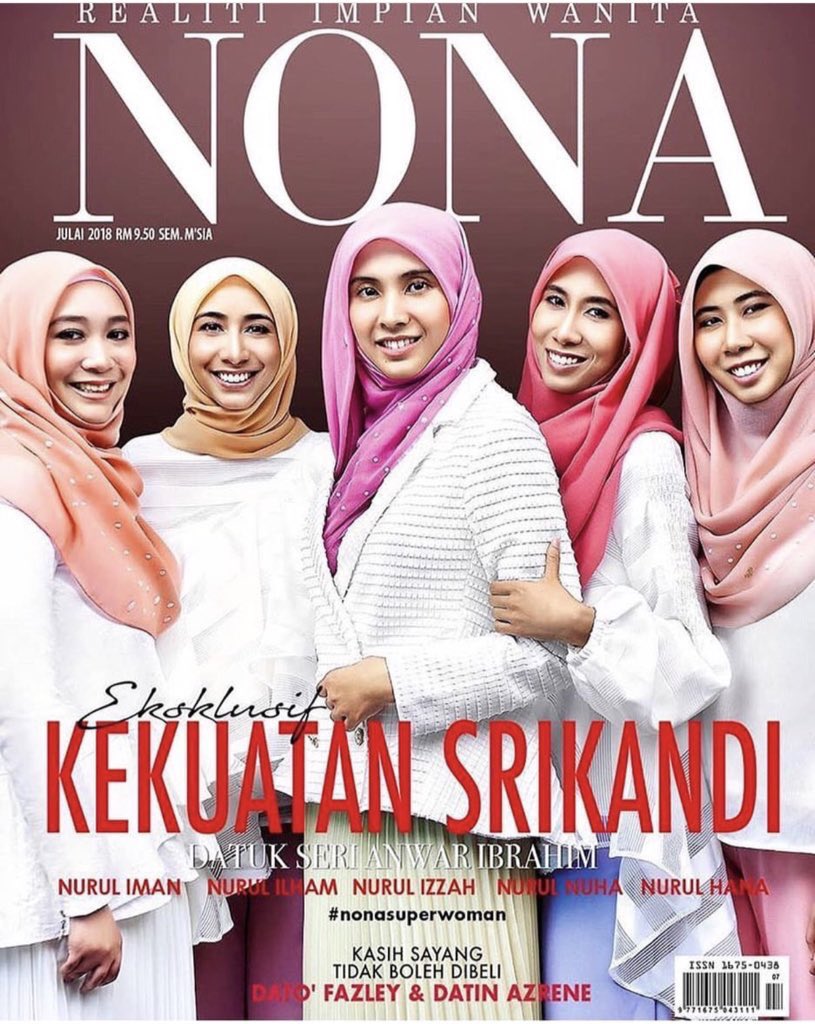 Neither is Nurul Izzah (photo, above) from Anwar’s traditional stronghold of Permatang Pauh, to which she fled from Lembah Pantai, her seat for two parliamentary terms from 2008.

Things have to be paved and peril-free for the First Family, small matter if that aids the public perception that the family is being granted exceptions to the norm.

The decision of the newly-elected PKR MP for Port Dickson, Danyal Balagopal Abdullah, to quit his seat to allow Anwar to contest en route to becoming the eighth prime minister of Malaysia is being lauded as noble sacrifice. Perhaps we now know why Anwar recently publicly noted that there maybe more Indian Malaysians in PKR than in MIC: The ethnic group are easy sacrificial meat.

He may think that the ability to gyrate to the rhythms and mime the songs of Tamil movies should suffice as a demonstration of solidarity with the concerns of this demographic.Suffice that members of the First Family have become PKR royalty, exempt from the ordinary criteria of selection and scrutiny.

The fact that the party has become dysfunctional as a democratic entity, its factional strife so obvious that it makes liars of those attempting to deny the reality, is not allowed to redound to the discredit of the First Family.

Mendacity is the default option of those for whom the acquisition of power overrides other chastening considerations.In years past Anwar used to be fond on the hustings of quoting Mahatma Gandhi’s “What is morally right cannot be politically wrong, and what is politically correct must not be morally wrong,” to project his concern that the devices of politics be congruent with the imperatives of morality.

In recent months, the gulf between the two – his morality and his politics – has opened up wide enough for many to think that what has happened to Turkey’s Recep Tayyip Erdogan is occurring to Anwar.