How ASEAN can be resilient

As other powers rise, ASEAN is at risk of losing its collective commitment to a shared vision for the region and a common stance on geopolitical issues. Unless ASEAN remains united as a bloc, write Borge Brende and Justin Wood, it will lose its ability to convene regional actors, mediate disputes, and shape principles of international behaviour and interaction.

Is the Association of Southeast Asian Nations (ASEAN) resilient enough to thrive amid the regional and global transformations taking place today? While the global economy continues its broad-based expansion, disruptive economic, geostrategic, and technological forces may threaten Asean’s gains of recent years. To survive, Asean members must make important decisions about the role of their community in regional affairs. With the right choices, the region can convert disruption into an opportunity for a resilient future.

ASEAN has undergone an impressive turnaround in the past five decades. A region of turbulence, disharmony, and underdevelopment in the 1960s is today one of relative peace and economic success. Much of the credit belongs to the community-building efforts of the countries under the Asean umbrella. But the region also benefited strongly from the post-World War II global architecture and institutions that promoted inward flows of investment and outward flows of exports.

Today, this global backdrop is in a state of profound transformation. The benefits of free and open trade are being questioned, international institutions are being challenged, new geopolitical powers are rising, and – despite ups and downs – the global economy continues to tilt further toward emerging markets. All of this creates an opportunity for new and competing visions of how the world should be organized and run.

Alongside rising geopolitical uncertainty, ASEAN countries must grapple with the Fourth Industrial Revolution. The exponential development of technologies such as artificial intelligence, advanced robotics, precision medicine, and autonomous vehicles is transforming economies, businesses, and societies.

ASEAN members will feel the effects of the Fourth Industrial Revolution acutely. Consider the future of jobs. The working-age population in the bloc is increasing by 11,000 people daily and will continue to grow at this rate for the next 15 years. This demographic expansion is happening just as many existing jobs will be substituted by intelligent automation and AI. Systems of taxation that rely on labour income will come under pressure. National budgets will be challenged at exactly the moment when Asean members must increase their investment in reskilling labour forces and developing infrastructure for this new age. 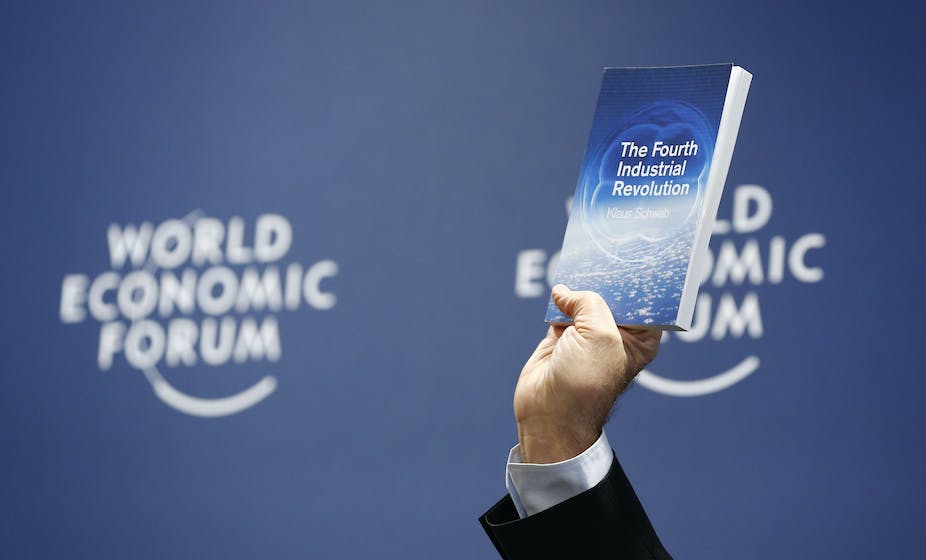 Or consider the future of manufacturing. Technologies such as 3D printing and cheap industrial robots are enabling products to be made in small, highly-customized forms rather than large batches of uniform goods. For ASEAN, the shift from centralized global supply chains to localized production systems could have a serious impact on export revenues and the investment by which it is driven.

Faced with these disruptive shifts, ASEAN must strengthen its community. Economically, regional resilience can be bolstered by building a genuine single market: ASEAN has 630 million citizens with rapidly rising spending power. Fully implementing the ASEAN Economic Community will be key. With a strong regional market, ASEAN can drive its own economic destiny, rather than relying on demand from external markets, and will be better insulated against potential protectionist shocks.

Creating a single market for services will be critical. Here, especially, ASEAN members must respond to the Fourth Industrial Revolution, tackling issues such as harmonization of rules governing the use of data. New technologies – including digital platforms, big-data analytics, and cloud-based services – do not recognize national borders and function best when they operate at scale. With a single digital market, ASEAN can develop truly pan-regional services in finance, health care, education, and e-commerce.

Of course, ASEAN should not build a fortress that keeps out the world. Indeed, the bloc has long been praised for its “open regionalism,” whereby it pursues economic integration among member states without discriminating against non-ASEAN economies. This approach has been integral to its economic strategy from the beginning, and continues with the soon-to-be concluded Regional Comprehensive Economic Partnership joining ASEAN with China, Japan, South Korea, India, Australia, and New Zealand.

Strengthening the political-security community is equally essential. With the architecture of global governance being challenged, ASEAN members must make their voices heard if they want a world that supports their interests. Individually, Southeast Asia’s countries carry little weight; collectively, however, they represent almost a tenth of the world’s population and nearly 5 percent of its GDP.

Historically, ASEAN has played a pivotal role in facilitating regional relationships, giving rise to the notion of “ASEAN centrality” in Asia. In 1993, the bloc established the ASEANn Regional Forum – now with 27 members – to foster dialogue on political and security concerns. It established the East Asia Summit, currently with 18 member states, in 2005.

Today, however, the geopolitical context is evolving. As other powers rise, ASEAN is at risk of losing its collective commitment to a shared vision for the region and a common stance on geopolitical issues. Many observers believe that other countries are undermining ASEAN n unanimity by developing dependencies with individual countries, built on investment, trade, and assistance. Unless it remains united as a bloc, ASEAN will lose its ability to convene regional actors, mediate disputes, and shape principles of international behaviour and interaction.

The so-called ASEAN way, characterized by consensus-based decision-making and non-interference, has served ASEAN well, and the bloc would be unwise to jettison it. But a reassessment is needed if ASEAN is to speak with a strong voice on regional matters, rather than allowing dissenting voices within the group to prevent the adoption of collective positions. Given that existing global institutions are being challenged, and given the rise of Asia in global affairs, Asean must reinforce its ability to influence the debate.

The World Economic Forum on ASEAN will be held in Hanoi, Vietnam, on September 11-13 and will provide an opportunity for such a reassessment. In an increasingly uncertain world, the need for the countries of ASEAN to deepen their community and their commitment to integration and collaboration is stronger than ever.