ASEAN: South China Sea code of conduct still a speck on the horizon

by Gregory B Poling, CSIS 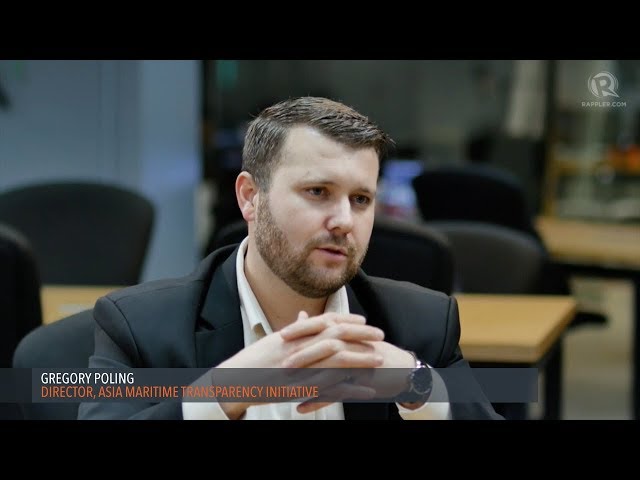 After two decades of talks, scepticism about the development of a South China Sea Code of Conduct (COC) is well-deserved, but it is also important to acknowledge progress when it happens. The agreement on a single draft negotiating text, revealed ahead of the ASEAN–China Post Ministerial Meeting on 2 August 2018, is an important step in the process that deserves recognition.

The COC will not resolve the South China Sea disputes, nor was it ever meant to. Instead the COC is intended to manage disputes to avoid conflict pending their eventual resolution by direct negotiation or arbitration among the claimants. But any system to effectively manage the South China Sea disputes would require three things, none of which are achieved yet in the draft text.

First, an effective COC would need to be geographically defined. The claimants do not need to resolve their disputes, but they do need to agree on where those disputes are if they hope to effectively manage them.

For instance, any agreement that did not include the Paracel Islands and the waters around them would be unacceptable to Hanoi. The same goes for the Philippines in the case of Scarborough Shoal. And what of waters and undersea features in the claimed exclusive economic zones of Indonesia and Malaysia? These areas are all claimed by China via the nine-dash line and would continue to be sites of tension if excluded.

According to Carl Thayer, who revealed many details of the draft text, Vietnam suggested that ‘the present Code of Conduct shall apply to all disputed features and overlapping maritime areas claimed under the 1982 UNCLOS [United Nations Convention on the Law of the Sea] in the South China Sea’. But that is too vague to be effective and is worded to exclude areas in which Beijing claims historic rights not recognised by other parties under UNCLOS.

Indonesia suggested adding that ‘the Parties are committed to respect the Exclusive Economic Zone and continental shelf of the coastal states as provided for in the 1982 UNCLOS’. But again that would seem to purposely exclude areas in which China claims and is sure to assert historic rights. It might be a legally correct position to take, but it is not an effective basis for a COC.

The only way that any code could work is if it clearly encompasses the areas under contention, including all reefs, rocks, submerged banks, waters and airspace in which China seeks to assert its historic rights. Specifying this without using language that would be unacceptable to any of the claimants would be difficult, but possible if all parties were committed to reaching a deal.

Second, an effective COC would need a dispute settlement mechanism. Disagreements over interpretation and application of the text are inevitable. This is clear from the history of the 2002 Declaration on the Conduct of Parties in the South China Sea, which was too vague and had no means to resolve disagreements. As a result, most parties violated the text while insisting that they were still in compliance and pointing their fingers at others.

To resolve this problem, both Indonesia and Vietnam reportedly suggested that parties to the COC be able to take disagreements to the High Council under the ASEAN Treaty of Amity and Cooperation. That body, which has never been convened, would include representatives nominated by ASEAN members to hear and mediate disputes. Its rulings would not be legally binding or necessarily enforceable, but they would have considerable weight.

A major problem with the High Council suggestion would be that under the Treaty of Amity and Cooperation it can only be constituted by ASEAN members. A more effective option might be to spell out the procedures for convening a High Council-like body that would draw arbiters from a pool nominated by all parties, including China.

Third, any effective regime to manage the South China Sea disputes would need detailed provisions on fisheries management and oil and gas development. But the positions enumerated in the negotiating text so far are contradictory and fall well short of outlining a detailed and coordinated system to manage resources.

For instance, Jakarta suggests that states should coordinate on fighting illegal fishing as a form of transnational crime, but Indonesia’s definition of illegal fishing includes activities that others, especially China, consider legal. And China’s suggestions on oil and gas cooperation seem more geared towards excluding foreign companies than towards equitably managing resources with fellow claimants.

Unfortunately, there is a fundamental contradiction in the COC. It is the wrong vehicle to discuss details on resource management because of its membership, but it cannot be an effective means to manage the disputes without doing so. Most of the ASEAN states have no stake in the contested fisheries or hydrocarbon resources and would be uninterested in negotiating the specifics of overlapping entitlements and resource rights.

The solution to this problem could be a COC signed by all 10 ASEAN members and China that establishes general rules of behaviour within a clear geographic area, sets up an effective dispute settlement mechanism and endorses the immediate start of follow-on negotiations involving only the relevant claimants on fisheries management and oil and gas cooperation.

Such a document would be a major step towards peacefully managing the South China Sea disputes and there are hints that at least some sections of the negotiating text might be on the right track. But the differences between parties remain considerable and final agreement on an effective COC still seems some way off.

Gregory B Poling is Director of the Asia Maritime Transparency Initiative and Fellow with the Southeast Asia Program at the Center for Strategic and International Studies in Washington, DC

One thought on “ASEAN: South China Sea code of conduct still a speck on the horizon”