A Momentous Merdeka Day in 2018

“There is no independence in the true sense of the emancipation of a nation until the people are free to think, act and exist in a total state of freedom.

May God bless Malaysia still. May Mahathir live longer still and have the humility to walk with God and the people, act justly and have the wisdom of Solomon to govern the nation.

May the government carry out its duties with diligence, honesty, fairness and utter competence. Merdeka then is meaningful.”

I hope for the sake of Malaysia, it will be the final time citizens celebrate their national day with the exhilaration of deliverance from an oppressive political yoke still fresh in their minds.

In 1957, the country was set free from British colonialists. There was a similar euphoria. But the fledgling nation, after deposing the affable first Prime Minister Tunku Abdul Rahman, was recolonised by a new group of myopic local leaders led by Razak Hussein that included Mahathir Mohamad, Musa Hitam and other UMNO young Turks . The neocolonialists imposed upon the people a yoke heavier than the British yoke.

Fast forward to 2018, and the nation will reverberate once again with freedom and shouts of acclamation on August 31.

After May 13, 1969, she was hijacked and subjected to a lifetime of abuse. Race, closely accompanied by religion, constricted the nation. The nation still forged ahead economically but became tangled in draconian laws and discriminatory policies; was pitifully abused, serially raped and treacherously plundered. Polarisation of the people was purposely planned and executed.

It is treachery of the worst kind when a government led by Najib Razk betrays the trust of the people, divides and steals from them and tries to get away with deception, conspiracy and lies.

Preaching unity and the usual platitudes, it carried out an agenda of subversion, undermining the rule of law and brought the nation to the brink of economic and social disaster. The courts of power became the circuses of clowns, and like Nero the Roman emperor, fiddled away the nation’s future.

Many became cynical, others despondent, yet many never lost hope and worked for change. Still others prayed.

Then the “miracle” the people had worked and prayed for took place on May 9 this year. The nation was emancipated from the abusers, the rapists and the thieves. The treacherous king of kleptocrats now faces justice and the long arm of the law. Those who are culpable will be punished. 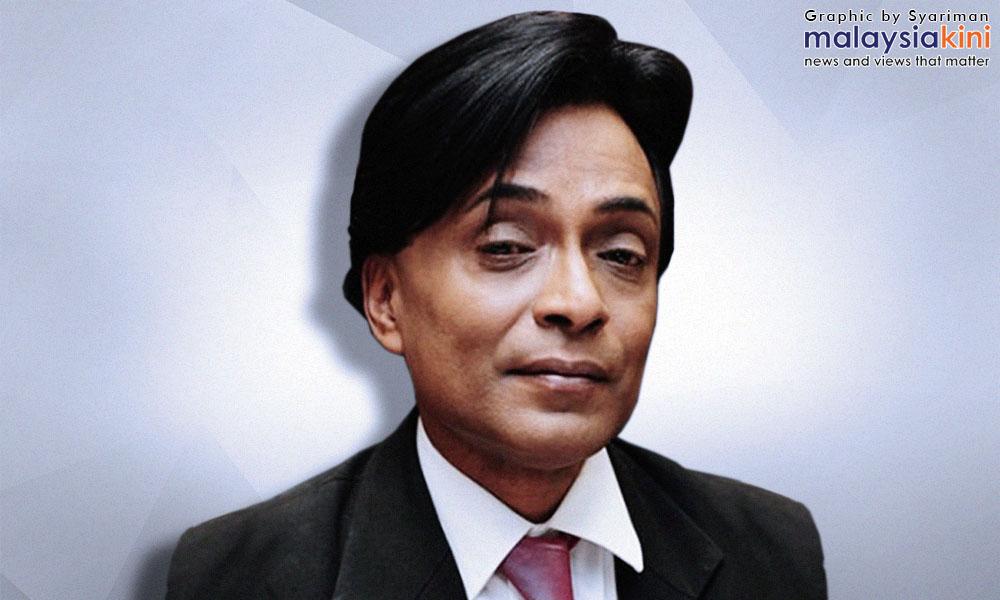 The blood spilled and lives taken of innocent victims will be vindicated. The masterminds of the much-publicised slayings of Altantuya Shaariibuu, Kevin Morais (photo) and Hussain Ahmad Najadi, among others, will face justice. The true kidnappers of Pastor Raymond Koh and others will be revealed.

Like many others in a religious Malaysia, I believe in God and the universal law of reaping what you sow. Nothing escapes the truth of time. In time, the truth will surface. And the guilty will be shamed. They will never evade divine justice.

God answers prayers still. For nearly 30 years, even in a faraway land, without fail when I water-hosed my potted plants, I asked God to destroy the evil that had gripped the nation. God answered. He has changed the course of history and saved Malaysia from certain ruin.

Many unsung heroes cried to God for deliverance and he heard their pleas. Often, over the years, I wrote in Malaysiakini of the “higher official who watches over the officials” and will intervene to achieve his purpose. I make no apology for my utter confidence in the God of Justice.

Malaysia is a unique nation and deserves to succeed. Former Prime Minister Abdullah Ahmad Badawi hit the nail on the head when he lamented the nation’s “third-world mindset” despite its “first-class infrastructure”.

What will derail the nation is not the cessation of Chinese railway projects but the constricting ideas of the misguided. I’m glad there are “watchmen” – including women – over the country who sound the alarm against the extremists.

The danger of religion is that it can be abused to lead a nation down the slippery slope. To the credit of concerned Muslims like those in the G25 group, their voice of reason resounds through the corridors of power and the public arena.

When religion slices through the heart of a nation and splits it in two, when self-proclaimed defenders of faith become a threat to those they purport to protect, it is time for the state to act and rein in the bigots.

When my father died two years ago at 96, I did not shed a tear. Deep in my heart I know he lived a full life and, in faith, I shall see him again in the place I know. I miss him nearly every day.

Yet, three days ago, the tears welled in my eyes and I felt a tautness in my heart after watching a video I received through WhatsApp.

It was a social experiment organised by Media Prima that took place in the vicinity of Pavilion Shopping Centre in Kuala Lumpur. A giant elevated electronic screen positioned above the crowds came to life with the audible sounds of a talking man and stopped the passersby in their tracks. The presenter asked them some simple questions, one after another.

“Who likes nasi lemak?” ‘Who has a close friend from another race?’ ‘Who knows how to sing the national anthem Negara-ku?’ They were asked to gather in a marked square if they answered in the affirmative. In the end, the square was filled with the biggest group of Malaysians of all races.

I saw in the video the heartfelt joy of diverse Malaysians – young men and women of different races and religions – unified in their love for their country. They were evidently overjoyed to share so many things in common despite their ethnic and religious differences. The only other time I saw a similar display of spontaneous kinship across race and religion was at the Bersih 5 rally.

Successive governments, leaders, groups and individuals have harped about the uniqueness of Malaysia. Yet the nation still flounders and has yet to come to grips with the devil they know that threatens to derail the nation – the abuse of race and religion. Leaders have yet to act decisively and concretely against the perpetrators of the doctrines that divide, that destroys and that is against the spirit of national unity.

Malaysians know who the devil is that tears the nation apart. Their political sponsors have been sent packing from Putrajaya.

The fire has been put out. But the cinders are still smouldering, their smoke choking the nation and threatening to start bonfires here and there. The nation’s threat lingers and loiters at the corridors and closets of power.

Will a future “Merdeka” free the nation from the yoke of race and religion that constricts, divides and destroys the unity of the nation?

Believe it or not, the Pavilion event revealed the truth about Malaysia, that the diverse religions and races do co-exist in harmony despite the differences.

Rid the nation of the subversives – those who use race and religion as political weapons to gain the political ascendancy – and you end up with a Malaysia united, prosperous and peaceful.

It is time the new government be bold, be true and be honest in dealing the devil of disunity a fatal blow. Who will it be? Prime Minister Dr Mahathir Mohamad, Pakatan Harapan de facto leader Anwar Ibrahim, or some eminent Malay leader?

There is no independence in the true sense of the emancipation of a nation until the people are free to think, act and exist in a total state of freedom.

May God bless Malaysia still. May Mahathir live longer still and have the humility to walk with God and the people, act justly and have the wisdom of Solomon to govern the nation.

May the government carry out its duties with diligence, honesty, fairness and utter competence. Merdeka then is meaningful.

STEVE OH is the author of the novel “Tiger King of the Golden Jungle” and composer of the musical of the same title. He believes in good governance and morally upright leaders.