The recent 51st ASEAN Foreign Ministers’ Meeting (AMM) in Singapore saw progress on the South China Sea issue. This demonstrates the importance of ASEAN as a regional anchor and the viability of ASEAN centrality in the midst of geopolitical change, in spite of the regional grouping’s obvious weaknesses and limitations, write Henrick Z Tsjeng and Shawn Ho.

The 51st ASEAN Foreign Ministers’ Meeting (AMM) and related meetings in Singapore from July 30 to August 4 was generally hailed as a success. Most notably there were no reported delays in the issuance of its joint communique this time round.

This was unlike in previous instances when the joint communique was delayed as a result of seemingly intractable issues, especially the South China Sea disputes. At the ASEAN-China Post Ministerial Conference (PMC), progress was also made with regard to the South China Sea issue – ASEAN and China agreed on a single draft text to negotiate the Code of Conduct (COC). This text will form the basis for future COC negotiations.

Admittedly, such seemingly positive developments do not mean that most obstacles facing ASEAN have been cleared. There remain big questions about the role of ASEAN in the regional architecture and whether ASEAN can continue to play a central role in this regard.

In the midst of the tumultuous geopolitical changes taking place all around the world, ASEAN continues to be the bulwark that holds the Southeast Asian region together. ASEAN centrality and unity remains key to the grouping’s ongoing quest to build a resilient and innovative Asean and to improve its relations with external partners. 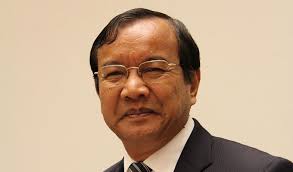 The South China Sea disputes remain the litmus test of ASEAN’s centrality and unity, given the potential for the disputes to divide the group. While ASEAN is by no means perfect, a Southeast Asia without ASEAN would likely be in worse shape.

At the start of the annual ASEAN-China PMC, Singapore’s Minister of Foreign Affairs Vivian Balakrishnan announced that the foreign ministers from Southeast Asian countries and China have agreed to a draft document that will form the foundation of negotiations for a South China Sea COC. He described it as “yet another milestone in the COC process”.

Even so, Mr Balakrishnan sought to manage expectations by cautioning that negotiations are far from over, and that the competing territorial claims in the South China Sea have not been resolved as the COC “was never meant to resolve territorial disputes”. It should be noted that Singapore had been the country coordinator of ASEAN-China relations for the past three years, during which Mr Balakrishnan had worked tirelessly with his Chinese counterpart to enhance Asean-China relations, notwithstanding Singapore-China relations going through rough patches in those years.

One of the largest concerns observers have raised is the rapidly shifting geopolitical landscape, as a result of major power politics. US-China trade frictions continue to spiral, with no end in sight.

US Secretary of State Mike Pompeo has been giving assurances of US interest in the region, such as the $113 million in new technology, energy and infrastructure initiatives for Asia announced before his visit to Southeast Asia, as well as his announcement in Singapore on the US plan to provide $300 million in funding “to reinforce security cooperation throughout the entire (Indo-Pacific) region”.

This notwithstanding, US commitment to upholding the current regional order remains in doubt, especially given President Donald Trump’s protectionist streak and tendency to question the utility of US alliances.

ASEAN has had its share of troubles. Several have questioned the viability of the group’s prized centrality. The South China Sea disputes and the issue of the Rakhine state in Myanmar, with ASEAN’s apparent lack of unity in the former and reported inability to address the latter, have raised doubts about ASEAN’s capabilities to address tough issues.

This has given rise to questions about its centrality. However, that is not to say that all is lost. As the AMM has demonstrated, ASEAN is still well in the game, even if obstacles remain.

ASEAN is the bulwark that holds the Southeast Asian region together. ASEAN centrality and unity remains key to the grouping’s ongoing quest to build a resilient and innovative ASEAN and to improve its relations with external partners. So being united in common purpose, having an acute sense of  destiny  and  being strong in resolve to preserve regional peace and prosperity, that is the foundation of ASEAN centrality as its move forward into the next 50 years beyond.

In the future, ASEAN’s role as the anchor of the region will become even more important. Despite the greater possibility of US retrenchment from the region, as well as China’s continued growing influence, ASEAN will need to ensure it is steadfast in ensuring its centrality in the region.

Nonetheless, land reclamations and militarisation on features in disputed areas of the South China Sea continue, and ASEAN will need to address this issue sooner rather than later – possibly a tall order given the current geopolitics surrounding the disputes, particularly with the desire of most ASEAN claimant states to maintain good relations with China, the biggest claimant of all in terms of size, military prowess and economic clout.

Despite the issuance of the Single Draft COC Negotiating Text, it remains unknown when the COC will materialise, especially with the mutually-agreed timeline on negotiations not made public. This is why ASEAN needs to continue to work assiduously to manage the South China Sea disputes and contain any rising tensions.

In light of the ongoing geopolitical flux in the region, ASEAN will increasingly be the anchor of the region’s architecture. The past week’s AMM and related meetings in Singapore have reflected this crucial role that ASEAN plays for the wider region, even beyond Southeast Asia.

Without ASEAN’s efforts, major powers would likely have a much easier time dividing the region over matters such as the South China Sea. Moving forward, ASEAN must continue to proactively work at ensuring its centrality, and to make sure that external countries see value in ASEAN taking the driver’s seat.

Notwithstanding the weaknesses and limitations of ASEAN, it is the onus of the ASEAN member states and community to continue to work closely to ensure that the region remains a core feature of the regional architecture.