Casting a ‘cursor’ on Harapan’s critics

COMMENT | I’ve always been deeply sceptical about the power of magic, and thus more driven to spelling-out my opposition to the ills of the world than casting spells against them.

But since the Pakatan Harapan coalition gained the seemingly miraculous electoral victory that ended six decades of UMNO-led Barisan National misrule, and in the process fulfilled the RAHMAN prophecy that N for Najib would be the last UMNO-BN Prime Minister, I’ve started to see sorcery in a whole new light.

For example, I formerly assumed that the small blinking verticle line on my screen was simply an aid to type the hundreds of columns I wrote, in what seemed like a hopeless mission to rid Malaysia of the evils of BN. But now, I suspect that blinking line may be a ‘cursor’ in more ways than one.

So here goes my latest attempt to heap curses on the heads of the countless evil spirits of the former regime who have thus far survived to bedevil the nation despite the Harapan government’s best efforts to exorcise them.

Evil spirits like the multitude of former BN ministers, cronies, supporters and propagandists who, despite having been obscenely enriched by their regime’s massive thefts and corruptions, still imagine that they can sufficiently jinx Harapan with their bad ju-ju to as to escape justice and get back into power, as current Umno president Zahid Hamidi claimed was possible before the end of Harapan’s first term in office.

Evil spirits like all those who ordered or were otherwise involved in the covering-up of capital crimes ranging from the murders of Altantuya Shaariibuu, Kevin Morais, Hussain Najadi, and Teoh Beng Hock to the countless dubious cases of death in suspicious ‘shoot-outs’ with the police or in official custody.

Evil spirits like the judges and lawyers who contrived to pervert justice on behalf of the UMNO-BN regime; Police of every rank who were not only so rankly corrupt, but often partners in the very crimes they’d falsely sworn to fight; civil servants of every grade who served only themselves and their political patrons; electoral commissioners who saw their commission as to keep UMNO-BN in power by hook and mostly by crook; immigration officials so crooked that they moonlighted as people-traffickers; customs staff in cahoots with and in the pay of big-time smugglers.

The list goes on and on to be virtually endless. As does the catalogue of anti-democratic and unconstitutional laws passed by the UMNO-BN regime in a thankfully ultimately futile effort to keep itself endlessly in office.

Some have criticised Harapan for not achieving enough to right UMNO-BN wrongs so far. But as far as I’m concerned, the 100 days or so they’ve thus far had in office has been way too short a time for them to make much progress against six decades of the previous regime’s criminality, corruption, incompetence, racism, religion and sexism. 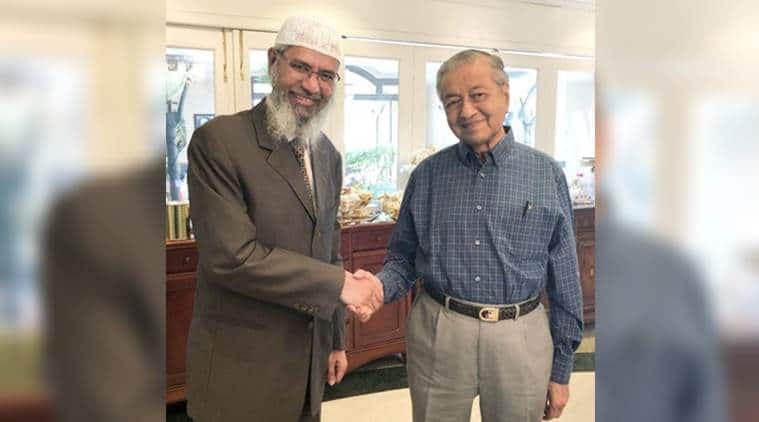 Especially in light of the fact, and it’s a very important fact indeed, that Prime Minister Dr Mahathir Mohamed and his Pakatan Harapan colleagues are, or at least claim to be, determined to proceed according to the previously much-abused rule of law.

The identification, proper investigation and professional prosecution of suspects takes a great deal of time, money and patience, but it’s well worth the wait if the outcome is a cleaner, fairer, more progressive and more prosperous Malaysia.

Speaking of which, it seems to me from my regular reading of Malaysiakini, some of the most strident critics of Pakatan’s alleged lack of achievement in its first 100 days have been members of PAS, the very party that’s most devoted to keeping Malaysia in the dark ages.

So hypocritical in its ‘pious’ intentions, that it’s obsessed with crusading against and if possible persecuting LGBTs and others that it deems to as departing from what it presumes to define as ‘normal’ sexuality, yet prepared to turn a blind eye to Umno/BN-style corruption and other species of criminality.

Of course nobody, and certainly not I, can legitimately claim that Pakatan is above constructive criticism for its inevitable mistakes and failings, and indeed it is working as fast as seems humanly possible to eliminate the Anti-Fake News Act and sundry other such barriers erected by Umno/BN to deny Malaysian citizens the right to voice their criticisms.

And nobody can deny that Pakatan has already made some mistakes, both by commission and omission, and will undoubtedly make many more. At least we can hope, however, that, unlike in the case of UMNO-BN, such mistakes have been and will be made in good faith, and corrected if enough people protest against them.

But, to repeat my intention in this column, here’s putting a hex, or indeed as many hexes as possible, on all those members and supporters of the former regime who are determined to obstructively and destructively criticise the Pakatan Harapan government with hopes that they can destroy it before it has a chance to do its best… and a cursor on all their houses.

DEAN JOHNS, after many years in Asia, currently lives with his Malaysian-born wife and daughter in Sydney, where he coaches and mentors writers and authors and practices as a writing therapist. Published compilations of his Malaysiakini columns include Mad about Malaysia, Even Madder about Malaysia, Missing Malaysia, 1Malaysia.con and Malaysia Mania.

4 thoughts on “Casting a ‘cursor’ on Harapan’s critics”