How a Decade of Financial Crises Changed the World
By Adam Tooze
706 pp. Viking. $35.

Steve Bannon can date the start of the Trump “revolution.” When I interviewed him for CNN in May, in Rome, he explained that the origins of Trump’s victory could be found 10 years ago, in the financial crisis of 2008.

“The implosion of those world capital markets has never really been sorted out,” he told me. “The fuse that was lit then that eventually brought the Trump revolution is the same thing that’s happened here in Italy.” (Italy had just held elections in which populist forces had won 50 percent of the vote.)

Adam Tooze would likely agree. An economic historian at Columbia University, he has written a detailed account of the financial shocks and their aftereffects, which, his subtitle asserts, “changed the world.” 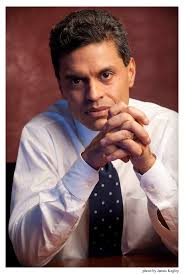 If journalism is the first rough draft of history, Tooze’s book is the second draft. A distinguished scholar with a deep grasp of financial markets, Tooze knows that it is a challenge to gain perspective on events when they have not yet played out. He points out that a 10-year-old history of the crash of 1929 would have been written in 1939, when most of its consequences were ongoing and unresolved. But still he has persisted and produced an intelligent explanation of the mechanisms that produced the crisis and the response to it. We continue to live with the consequences of both today.

As is often the case with financial crashes, markets and experts alike turned out to have been focused on the wrong things, blind to the true problem that was metastasizing. By 2007, many were warning about a dangerous fragility in the system. But they worried about America’s gargantuan government deficits and debt — which had exploded as a result of the Bush administration’s tax cuts and increased spending after 9/11. It was an understandable focus. The previous decade had been littered with collapses when a country borrowed too much and its creditors finally lost faith in it — from Mexico in 1994 to Thailand, Malaysia and South Korea in 1997 to Russia in 1998. In particular, many fretted about the identity of America’s chief foreign creditor — the government of China.

Yet it was not a Chinese sell-off of American debt that triggered the crash, but rather, as Tooze writes, a problem “fully native to Western capitalism — a meltdown on Wall Street driven by toxic securitized subprime mortgages.”Tooze calls it a problem in “Western capitalism” intentionally. It was not just an American problem. When it began, many saw it as such and dumped the blame on Washington.

In September 2008, as Wall Street burned, the German Finance Minister Peer Steinbruck explained that the collapse was centered in the United States because of America’s “simplistic” and “dangerous” laissez-faire approach. Italy’s finance minister assured the world that its banking system was stable because “it did not speak English.”

In fact this was nonsense. One of the great strengths of Tooze’s book is to demonstrate the deeply intertwined nature of the European and American financial systems. In 2006, European banks generated a third of America’s riskiest privately issued mortgage-backed securities. By 2007, two-thirds of commercial paper issued was sponsored by a European financial entity.

The enormous expansion of the global financial system had largely been a trans-Atlantic project, with European banks jumping in as eagerly and greedily to find new sources of profit as American banks. European regulators were as blind to the mounting problems as their American counterparts, which led to problems on a similar scale. “Between 2001 and 2006,” Tooze writes, “Greece, Finland, Sweden, Belgium, Denmark, the U.K., France, Ireland and Spain all experienced real estate booms more severe than those that energized the United States.”

But while the crisis may have been caused in both America and Europe, it was solved largely by Washington. Partly, this reflected the post-Cold War financial system, in which the dollar had become the hyper-dominant global currency and, as a result, the Federal Reserve had truly become the world’s central bank. But Tooze also convincingly shows that the European Central Bank mismanaged things from the start.

The Fed acted aggressively and also in highly ingenious ways, becoming a guarantor of last resort to the battered balance sheets of American but also European banks. About half the liquidity support the Fed provided during the crisis went to European banks, Tooze observes.

Before the rescue and even in its early stages, the global economy was falling into a bottomless abyss. In the first months after the panic on Wall Street, world trade and industrial production fell at least as fast as they did during the first months of the Great Depression. Global capital flows declined by a staggering 90 percent. The Federal Reserve, with some assistance from other central banks, arrested this decline. The Obama fiscal stimulus also helped to break the fall.

Tooze points out that almost all serious analyses of the stimulus conclude that it played a significant positive role. In fact, most experts believe it ended much too soon. He also points out that large parts of the so-called Obama stimulus were the result of automatic government spending, like unemployment insurance, that would have happened no matter who was president. And finally, he notes that China, with its own gigantic stimulus, created an oasis of growth in an otherwise stagnant global economy.

The rescue worked better than almost anyone imagined. It is worth recalling that none of the dangers confidently prophesied by legions of critics took place. There was no run on the dollar or American treasuries, no hyperinflation, no double-dip recession, no China crash.

American banks stabilized and in fact prospered, households began saving again, growth returned slowly but surely. The governing elite did not anticipate the crisis — as few elites have over hundreds of years of capitalism. But once it happened, many of them — particularly in America — acted quickly and intelligently, and as a result another Great Depression was averted. The system worked, as Daniel Drezner notes in his own book of that title.

But therein lies the unique feature of the crash of 2008. Unlike that of 1929, it was not followed by a Great Depression. It was not so much the crisis as the rescue and its economic, political and social consequences that mattered most. On the left, the entire episode discredited the market-friendly policies of Tony Blair, Bill Clinton and Gerhard Schroeder, disheartening the center-left and emboldening those who want more government intervention in the economy in all kinds of ways. On the right, it became a rallying cry against bailouts and the Fed, buoying an imaginary free-market alternative to government intervention.

Unlike in the 1930s, when the libertarian strategy was tried and only deepened the Depression, in the last 10 years it has been possible for the right to argue against the bailouts, secure in the knowledge that their proposed policies will never actually be implemented.

Bannon is right. The crash brought together many forces that were around anyway — stagnant wages, widening inequality, anger about immigration and, above all, a deep distrust of elites and government — and supercharged them. The result has been a wave of nationalism, protectionism and populism in the West today. A confirmation of this can be found in the one major Western country that did not have a financial crisis and has little populism in its wake — Canada.

The facts remain: No government handled the crisis better than that of the United States, which acted in a surprisingly bipartisan fashion in late 2008 and almost seamlessly coordinated policy between the outgoing Bush and incoming Obama administrations. And yet, the backlash to the bailouts has produced the most consequential result in the United States.

Tooze notes in his concluding chapter that experts are considering the new vulnerabilities of a global economy with many new participants, especially the behemoth in Beijing. But instead of a challenge from an emerging China that began its rise outside the economic and political system, we are confronting a quite different problem — an erratic, unpredictable United States led by a president who seems inclined to redo or even scrap the basic architecture of the system that America has painstakingly built since 1945.

How will the world handle this unexpected development? What will be its outcome? This is the current crisis that we will live through and that historians will soon analyze.

Dr. Fareed Zakaria is a CNN anchor, a Washington Post columnist and the author of “The Post American World.”

A version of this article appears in print on Aug. 12, 2018, on Page 1 of the Sunday Book Review with the headline: The Aftershocks.

One thought on “NY Times Book Review: Looking Back@Crash of 2008”