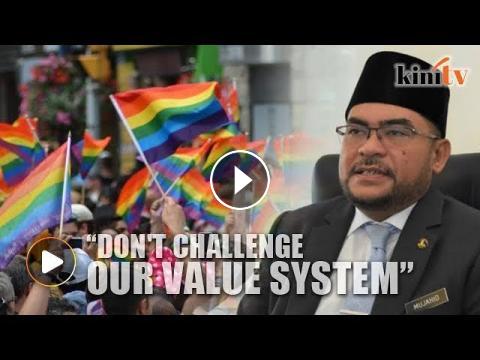 Mujahid Al-Rawa: What value system are you talking about? One worse than UMNO’s? One that limits the minds of Malay Muslims with your religious dogma which you inherited from your previous affiliation  with PAS. –Din Merican

“Any religion-based state has a mission to limit the minds of its people, to fight the developments of history and logic, and to dumb down its citizens. It’s important to stand in the way of such a mentality, to deny it from continuing its mission to murder the souls of its people, killing them deep within while they are still alive and breathing.”

COMMENT | Pakatan Harapan – either by design, incompetence or maybe just a lack of imagination – is making the Islamic discourse in this country even more toxic than it already is.

Take the Islamic Development Department (Jakim), for instance. This is a religious bureaucracy plugged into every aspect of government. Why hasn’t there been any sustained effort by this so-called religious authority to combat corruption, racism and bigotry? Isn’t this the kind of Islamic moral police that Harapan alluded to when it comes to the religion of the state? 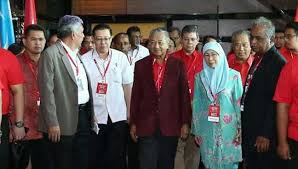 DPM Dr. Wan Azizah–Are you for real, OR just a seat warmer or stand-in?

The pointless op-ed piece about Women, Family and Community Development Minister Dr Wan Aziziah Wan Ismail, penned by her deputy Hannah Yeoh and panned by Latheefa Koya, is an example of how the political elite attempt to cloud issues that they do not want to deal with.

In past articles, I have written about the tremendous pressure Muslim political operatives are under. I get it, I really do.

It should tell you something about mainstream Harapan dogma when people do not question why Latheefa’s position on the issue of child marriage, for example, is not defended, while the cautious – and I am being charitable here – position of the Deputy Prime Minister is embraced by the political elite who told us before the election that they would defend the secular position in this so-called Islamic state.

The removal of the photos of LGBTQ activists, who by the way were also part of the struggle against the UMNO regime, not only demonstrates the pettiness of the religious bigots in Harapan, but also the hypocrisy of their actions. How many Harapan political operatives met with activists (who were part of the LGBTQ discourse) as part of a grassroots rejection of UMNO?

De facto Religious Affairs Minister Mujahid Yusof Rawa’s double speak of the state protecting these people from a society that rejects them hides the fact that the bigots within Harapan believe that the more disenfranchised you are, the less political cost you incur.

Sooner or later, everyone becomes disenfranchised except the political and religious elites. Keep up the good work Charles Santiago and anyone else who public ally opposes these religious imperatives.

And no Mujahid, I do not want you to arrest them. I want you to keep your mouth shut about them, and instead create a counter-narrative that Harapan’s Islam is about promoting a first class education for your brethren, weeding out corruption in the political and religious class, ensuring the healthcare system is one of the best in the region, and ensuring a plurality of Islamic voices, so young people do not join extremist groups that pose a danger to the citizens of this country.

I have asked this question many times before, but how many times have past UMNO administrations made unilateral decisions which went against the perceived Islamic groupthink to garner votes from non-Muslims? How many times has the UMNO regime retreated from extreme positions to appease their BN non-Malay/Muslim partners?

Did they suffer – before May 9, 2018 – from a Muslim backlash? No, they didn’t. Why? because the majority of Muslims are content to follow their leaders instead of setting the Islamic agenda.

My last article was more about the hypocrisy of the opposition then any real political influence by a foreign power. Anyway, all of this is just a smokescreen. Three important issues have cropped up which point to the theoretic agenda of the Harapan state – far more important than a bumbling group from DC mucking about our country.

The first is the syariah-compliant guidelines for the private sector. What horse manure is this? Apparently, this was in response to the incident where some woman was sacked from her job for not covering up her aurat.

Let me get this straight. We have already had problems in the public sector where religious types dictated how we dress when we interact with the bureaucracy, and now, Harapan wants to impose its “guidelines” on the private sector?

I can just picture it. Private companies who want to do business with the government will suck up to the regime by adopting these guidelines. Some women will advocate for this guideline to be adopted by their companies to ensure that they are not discriminated against, and when there is push back from the company, the religious far right will get involved and Harapan and these bigots will be on the same page.

This is how it starts – innocently enough. Hidden behind a message of fairness is actually the tools for compliance. Guidelines eventually become dogma, and because they think people will not notice – most often they do not – they encroach into our public and private spheres uncontested.

The second is the rebranding of the National Civics Bureau (BTN). I wrote about this here – “Okay, you may say, fine, reform BTN. Sounds simple, right? Has anyone stopped to think why this organisation is needed? Forget about what it is costing taxpayers, but why would there ever need to be a government agency instilling ‘patriotism’ in the civil service and students? Why would the state need to do this except to ensure that people are brainwashed into voting for them?”

People need to question why Harapan is accepting money from kids who break their piggy banks, but has the money to fund what is essentially a state propaganda organ, which would reach into every facet of public, not to mention private life? Do people not see the hypocrisy and danger of an organisation like BTN, revamped or not?

While some Harapan politicians have spoken up on this, the big guns are waxing eloquent about other senior leaders, promoting a third national car, or reminding the rakyat about how bad UMNO’s corruption scandals were. Not to mention the defence that Harapan made these promises not realising they could win has achieved some sort of legitimacy among the faithful.

The third, and perhaps most important, is the waffling on abolishing the National Security Council Act 2016. All I can say is, you lying sacks of manure.

Before the election, Harapan, the then-opposition, was going on about how this act had effectively turned this democracy into an autocracy. Malay opposition politicians, including our current prime minister, said that this act further eroded the powers of the Yang di-Pertuan Agong.

In fact, Dr Mahathir Mohamad went so far as to claim that Najib Abdul Razak had given himself the powers of the Agong. Anwar Ibrahim mounted a legal challenge and later withdrew it. This is the most dangerous law this country has.

Now, these duplicitous politicians are claiming: “When it comes to security issues of the country, we will examine all aspects to ensure our country’s safety is not compromised.” Really? What changed? I mean what have you discovered about the security of the country that changed your mind on the utilitarian values of this act?

Did the Najib regime have good cause to table this act? Was the Najib regime aware of things that necessitated such an act that you were (then) ignorant of? Were all criticisms against this act unfounded? Based on ignorance and not fact?

Let me be very clear. I say theocratic agenda because ultimately, religion is the foundation on which unjust laws and propaganda will be used in this country. This is the new virulent strain introduced into the Islamic discourse.

The goodwill Harapan has from its base clouds the discourse in an avalanche of apologia, or more often ad hominems. This adds to the virulence of the discourse, because people lose sight of the real issue and attempt to engage with the straw man arguments. This, of course, only strengthens the Malay far-right position.

The media is concentrating on the plethora of corruption scandals of the past regime, which subsumes other more important long-term issues which have long-lasting effects on the social and political landscape of this country.

Politicians, who before the election were bullish on institutional reform which involved the religious apparatus, now find it profitable to carry on existing narratives that worked so well for BN until the events of May 9. This, of course, is the most dangerous aspect of this new Malaysia.

I get that people do not think it is a big issue. But look back at the history of the country and see the cultural changes that took place. Do you really think corruption has done as much damage as the religious and racial imperatives of the Malay and non-Malay political class?

IRI ’interference’ poses no clear and present danger to M’sia