Publisher: Washington, DC: East-West Center
Available From: August 7, 2018
Publication Date: August 7, 2018
Binding: Electronic
Pages: 2
Free Download: PDF
Thomas Daniel, Analyst at the Institute of Strategic and International Studies in Malaysia, explains that “In Malaysia’s May 2018 elections, foreign policy appears to have been a significant part of the campaign…but  the claim that foreign policy was a major deciding factor in Malaysian elections is still a bit of a stretch “

The 14th Malaysian General Elections (GE14) held in May saw the then main opposition alliance of Pakatan Harapan, together with an allied party from East Malaysia, win a surprising 121 of 222 Parliamentary seats, allowing them to form a simple majority government. Former Prime Minister Dr Mahathir Mohamad is once again leading the nation at the age of 92. The Barisan Nasional coalition, which ruled from even before independence, now sits on the opposition bench alongside the Islamist party PAS, while Barisan’s election allies from Sarawak in East Malaysia already have left the coalition to form an independent block of their own. 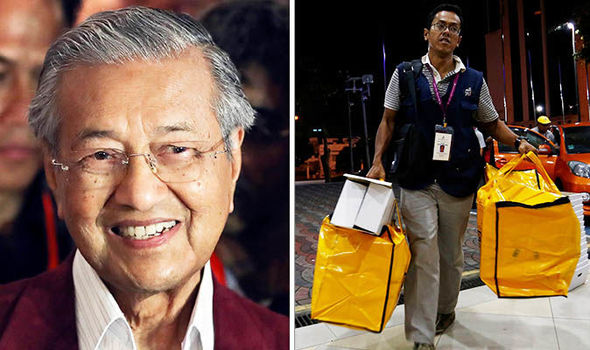 What role did foreign policy play in Malaysia’s recent elections? Foreign policy by itself has rarely been an issue in Malaysian elections. Some external observers might consider this odd for a nation whose prosperity depends significantly on regional and international trade and peace. Domestic issues – the economy, social dynamics, internal peace and security – have always been dominant concerns of the Malaysian electorate. Where foreign policy matters have popped up, they are limited to rather specific issues, often the flavour of the day. Traditionally, politicians from both sides of the divide have often – and rather flippantly – attempted to use Malaysian involvement or positions on global and regional affairs against each other as a smear tactic. For the most part however, foreign policy as a subject has largely been a domain of the few – policymakers, diplomats, academics and other practitioners.

At first glance, in Malaysia’s May 2018 elections, foreign policy — both directly and indirectly — appears to have been a significant part of the campaign – driven mainly by Pakatan Harapan. A large part of this has to do with former Prime Minister Najib Razak himself and the fallout from the 1 Malaysia Development Berhad (1MDB) scandal.

After vast sums of money initially linked to 1MDB which were deposited in Najib’s personal accounts turned out to be a ‘donation’ by a Saudi royal to Malaysia channelled directly to the former Prime Minister, there was chatter amongst Malaysians on the nature and impact of such ‘donations’ by friendly countries and what countries could be considered as ‘allies’ of Malaysia. This led to further conversations on whether non-alignment and neutrality was still a central tenet in Malaysian foreign policy and on the extent of Malaysia’s involvement in the Saudi-led Islamic Military Counter Terrorism Coalition, including even whether Malaysia was a silent participant of the Saudi offensive in Yemen.

The 1MDB saga itself was a major part of the campaign against the Najib and his ruling party. Various local investigations into the scandal had cleared him of wrongdoing. Nevertheless, the financial irregularities of 1MDB continued to be investigated by authorities in seven countries – including the United States. This further eroded the credibility and reputation of both the government and its associated institutions in the eyes of the Malaysian electorate, which came to see them as damaged goods when articulating Malaysia’s interests and reputation on the global stage. 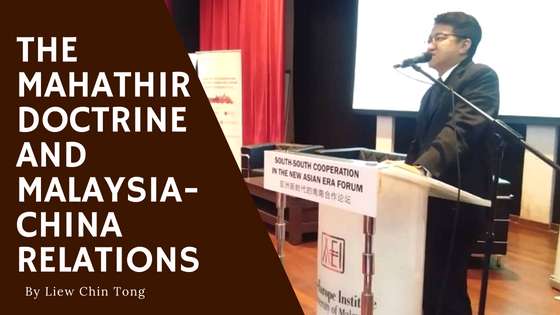 Another major foreign policy factor was the nature of the Malaysia-China relationship, and perceived notions of the influence that the latter has over the former. It became part and parcel of the campaign against Najib and his party. A key driver here was the rapid and staggering rise of investment and acquisitions by Chinese companies – both private and state-linked – in Malaysia. Foreign direct investment from China, which stood at RM4.8 billion in 2013, surged to nearly RM21 billion by the end of 2016. It now encompasses diverse sectors like construction, real estate, manufacturing, ports and power generation facilities. Concerns remain over how much of the money coming in were investments, and how much were in fact loans for various projects, and if the previous government was honest to Malaysians about the nature of such transactions.The fact that Chinese companies or capital can be seen in almost every major ongoing or planned project in Malaysia unnerved many – especially the average man-on-the-street. The purchase of majority stakes in several key Malaysian companies which are household names in Malaysia by Chinese interests did not help the perception.

1MBD related scandals come into the picture once again as some of these deals include the purchase of investments and assets previously owned by the wealth fund, which helped the troubled company meet its debt payments. The allegation that China helped bail out the troubled Malaysian sovereign fund and by extension the Prime Minister thus making him beholden to China, possibly compromising Malaysia’s national interests, was a popular narrative amongst the anti-Najib camp.

Despite the above mentioned issues, the claim that foreign policy was a major deciding factor in Malaysian elections is still a bit of a stretch. The campaign for the GE14 might be one where certain aspects of foreign policy and external relations played a role – at least more than previous elections. However, they are issue-specific, or in this case, personality-specific, and driven primarily by a domestic undertone. The ‘foreign policy’ approach used by the opposition when speaking about these issues ultimately relate back to local narratives that the electorate holds dear – the price of living, the future of their children, and to an extent, national prestige. Additionally, the manifestos released by the contesting parties also barely touched on foreign policy. There were, at best, vague remarks on continuing or restoring (depending on who the author was) Malaysia’s reputation and record within global institutions.

Nevertheless, moving forward, policymakers and campaign managers need to take into account that foreign policy issues could become a more common fixture in Malaysian political campaigns. The signs, despite being faint, are there. Conversations about Malaysia’s relationship with China and the Saudi Arabian royal family, for example, persist in a post-GE14 Malaysia both amongst politicians and voters. The situation becomes ever more pertinent when one takes into account that Malaysia has a combination of a relatively high internet penetration rate and coupled with an active social media presence amongst its connected citizenry.