New Education Minister Maszlee Malik should be more an executive and less a professor. He leads an organization with a budget in excess of RM280B and a staff of over half a million to lead. That ministry, like all others, is not known for its crispness. Forget about grand plans and overarching policies. All would be for naught if your staff and organization cannot execute them, or if they are consumed with such trivia as campus newspaper subscriptions and pupils’ shoe color. If Maszlee is still obsessed with policies, delegate a committee to work on them.

Maszlee should first focus on shaping up that flabby organization. Enlist someone with a solid MBA or credible business experience to help him be an effective and efficient executive. There is a universe of difference in being a professor and an executive. Likewise, business meetings are unlike academic seminars. You want results and decisions, not endless intellectual musings and more research. 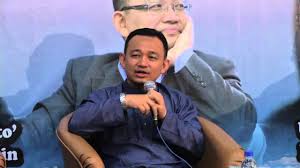 Maszlee should assess the capabilities and weaknesses of his staff . Forget about wacanas, town hall meetings, or press conferences. To his credit, he has already made many personal visits for first-hand assessments.

The challenges facing Malaysian education are as overwhelming as they are obvious, the consequence of long neglect, incompetent leadership, and political meddling. The difficulty is not in identifying them but to pick three or four of the more pressing ones and tackle those.

Maszlee has articulated some of those–greater university autonomy, making our students at least bilingual, enhancing English and STEM, as well as fixing our dilapidated schools. Those four would occupy and challenge him for some time. There is little need and would serve little purpose to go beyond as with recognizing UEC, sending a team to Finland, or issuing edicts on students’ shoe color.

Maszlee’s first and continuing public task, as with all the other ministers, is to “walk the talk.” He cannot profess to champion university autonomy and then order the dismantling of campus gates and make the campuses have speakers’ corners! The universities should do those things on their own initiative. By issuing that directive Maszlee missed out on a splendid opportunity to assess his Vice-Chancellors’ (VCs) responsiveness to the rising expectation for greater openness.

Maszlee should elicit from them their three or four most immediate challenges and ask how he as minister could help. They, not him, know best (or should) as they are closest to the problems. If they cannot articulate them or are more concerned with a welcoming ceremony for him, fire them.

Firing university leaders should be done only if they are found wanting or fail to gain the confidence of the greater campus community, and not because they were appointed by the previous administration. Doing so would only perpetuate the blight of political interference that is the bane of local institutions.

Likewise with stressing the importance of English. Maszlee would best demonstrate that not through endless speeches but with an executive decision to make MUET mandatory for universities and teachers’ colleges. Likewise if he were to give extra allowances and preferential choice for quarters to teachers of English (as well as STEM). He could also direct schools to increase their hours of instruction in English and have another subject be taught in that language.

Another would be to have his staff communicate in English and make its proficiency a requirement for promotions and entry into the permanent establishment. Emulate what Rafidah Aziz did at MITI. She was an “excellent dare to do” dynamic executive.

Make 12 years of schooling the norm. Bring back Form VI and reduce it to one year and start it in January together with the rest of the school. Make the transition from Form V to VI as seamless as going from Form IV to V. That would bring order to the current chaos for school-leavers.

For those academically inclined, the current seven-month hiatus following Form V is a colossal waste of time and precious loss of learning opportunity. The rich enroll their children in private colleges. Most Malays idle their time away. Much attrition of good study habits occurs. Beyond that, idle time is the devil’s workshop.

Get rid of matrikulasi and universities’ foundation courses. Both are a waste of scarce and expensive resources. Universities should focus on undergraduate, graduate, and professional education, not high school work.

As for fixing schools, Maszlee has demonstrated the dire need for that by his many photo-ops showing him sitting at pupils’ broken desks. At the macro level the best solution would be to prevail upon Treasury to have MOE’s tenders be open to competitive bidding. That would achieve more with less.

At the micro level, the Minister would achieve even more and much faster while at the same time streamline the process if he were to give the money directly to the headmasters. Let them prioritize the repairs and choose the local contractors. If you entrust them with the nation’s most precious assets–the brains of our young–then you could also trust them with a few million ringgit.

Back to the teachers, Maszlee should not get bogged down with administrative trivia as with requests for their transfers and maternity leave. Let your human resources people deal with those. Stay out of it by letting the teachers deal with the schools directly.

Execute these well and Maszlee would earn the heartfelt gratitude of millions of Malaysians, quite apart from making a significant contribution to the betterment of the nation. Get off the public lectern and buckle down at your desk.