COMMENT | It is odd that former premier Najib Razak has reportedly called Defence Minister Mohamad Sabu a “joker,” who talks about “fish curry” while on board a warship.

Having lost the 14th general election (GE14) badly on May 9 and is now caught in a legal imbroglio over 1MDB and potentially many “mini 1MDBs,” the last thing Najib wants to be doing is to cast the first proverbial stone in a glass house.

Imagine the shards of glass that will come crashing down. In fact, the cracks are already there to see.

The Defence Ministry has been helmed twice by Najib. No one has had that privilege. Not “King Ghaz,” the late Ghazali Shafie, who is known as a foreign policy maestro.

Not even Dr Mahathir Mohamad, the Seventh Prime Minister, who is known to take the bulls by the horns; as he did when he ripped UMNO and PAS apart in GE-14.

A double stint of Najib, therefore, should have allowed the Defence Ministry to stay clear from any unfortunate controversial issues. Yet, neither tenure did, despite a combined service of some 14 years clocked by Najib.

In fact, when one is in the military barracks, there are jokes galore about the ineptness of Najib but potentially Hishammuddin Hussein too, his cousin, who too donned the mantle of Defence Minister. 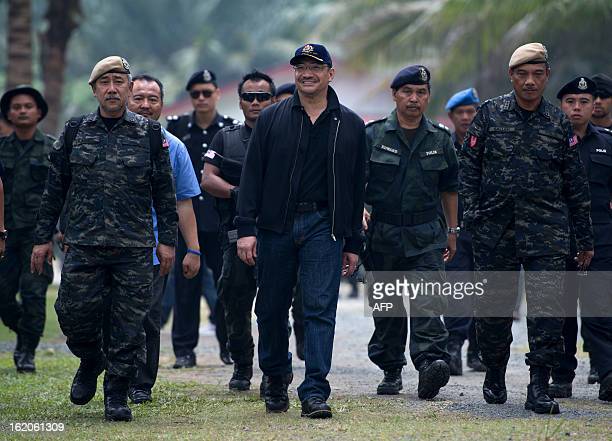 The Joker of Lahad Datu–Hishamuddin Hussein

Wasn’t the latter who tweeted that the terrorists in Lahad Datu were clad in “slippers” and “sarongs,” and not to be deemed a threat?

Yet precisely a day later the terrorists went on a rampage, resulting in the first armed invasion of Malaysia since the end of Konfrontasi in 1965. Najib and Hisham, for the lack of better word, appeared to have muck things up when they were at the top of the food chain.

If the joke is on Mat Sabu, so far still a well-regarded Defence Minister, Najib has to be mindful of his legacy both as a Defence and Prime Minister. They reek of indolence (the lack of oversight) and insolence insofar as basic supervision is needed.

Indeed, what the ministry faces now is a litany of issues that remain unresolved. Be it the French submarine Scorpene scandal, or the plea of Shaariibuu Setev that the murder case of his daughter, Altantuya, be reinstated (for a thorough reinvestigation), the echoes from the past seem unrelenting.

If one cares to listen, the cancer of corruption has seeped deepest into the marrows of the ministry. A tile at a military hospital, for example, can allegedly come at a quote of RM13,000, according to reliable sources. Drugs and pharmaceuticals that are supplied to the hospital are allegedly 300 percent more expensive than the regular tender.

If the invoices of these items are compared side by side with other genuine tenders, it would expose the scams and more shenanigans that have manifested in cooking the books.

The best services at such hospitals go the military supremos and top guns, and not the rank and file, who bore the scars of their service.

Indeed, contracts and tenders that are non-competitive have given to the same company over and over. For example, when a tender requires eight items to be scrutinized or supplied, those companies with close political connections to the previous regime continue to win the bids time and again, even though they offer nine of 10 exhibits, thus inflating the cost and breaching the terms of the tender.

The legacy of Najib appears to be anything but spotless. Thus Mat Sabu is right that Najib has tried to “hit him below the belt” by choosing to raise the issue outside of the Parliament.

If Najib wants to critique the Defence Ministry, an institution that can be redeemed by Amanah, he better find a stronger excuse than hurling abuse at Sabu.