US President Donald Trump’s attempts to flex America’s muscles with the use of tariffs harks back to one of the darkest periods of modern history. During the Great Depression, the governments of Britain and France pursued a similar policy, unwittingly alienating would-be allies and strengthening Nazi Germany.

PRINCETON – When countries get nervous about their security, they often insist that they need to reduce their dependence on foreign products, shorten supply chains, and produce more goods domestically. But does protectionism really improve security? Now that the world is hovering on the brink of a full-scale trade war, we should examine some of the arguments made in favor of protectionism, and then revisit the largest trade war of the twentieth century.

There tends to be a great deal of duplicity in debates about trade. Import tariffs and other similar measures are often presented as convenient foreign-policy tools for serving the general good. But if one looks past the rhetoric, it is obvious that such measures really just reward particular constituents, and amount to an unfair form of taxation.

US President Donald Trump would argue that a trade war is a means to an end. To his mind, tariffs are a reasonable response to unfair currency practices and national-security threats. But, of course, there is also a domestic political calculus: namely, tariffs will help specific producers and constituents by making their competitors’ goods more expensive. The problem is that tariffs inevitably force domestic consumers to foot the bill for that subsidy, by paying higher prices.

There is nothing new in Trump’s assertion that, “Trade wars are good, and easy to win.” And that means we can test his claim against the historical record. When Neville Chamberlain was serving as Britain’s Chancellor of the Exchequer in 1932, he reversed his country’s century-old position as a champion of free trade. Worried about Britain’s longstanding trade deficit, he announced a new “system of Protection,” which he hoped to use “for negotiations with foreign countries which have not hitherto paid very much attention to our suggestions.”

Chamberlain concluded that it was only “prudent to arm ourselves with an instrument which shall at least be as effective as those which may be used to discriminate against us in foreign markets.” In the event, he was paving the road to World War II. His trade policy weakened Britain and strengthened Germany. And in a mere six years, his appeasement policy toward the Nazi Germany regime would reach its pinnacle with the 1938 Munich Agreement, which Hitler discarded six months later by destroying the rump Czechoslovakia and bringing it under the control of the Third Reich.

The interwar years were dominated by the fear of a German nationalist resurgence. For Western powers, containing Germany would require either an alliance system or a more ambitious collective-security pact. France preferred the former option, and advocated an arrangement in which its alliance with Poland, plus the “Little Entente” of Czechoslovakia, Romania, and Yugoslavia, would contain both Hungarian and German expansionism. Great Britain favored the second option, and saw the League of Nations as the most effective instrument for defending territorial integrity.

The lesson of the Great Depression is clear: trade wars intended to strengthen national security actually undermine it. This is especially true in the case of defensive alliances, because trade barriers force allies to forge closer ties with the very revisionist power that was supposed to be contained.–Harold James

Both approaches crashed in the Great Depression, owing primarily to France and Britain’s own protectionist policies. Both countries shifted abruptly to a policy of high tariffs and import quotas that gave preference to products from their overseas empires. The result was that Czechoslovakia’s industrial producers and Romanian and Yugoslav agricultural exporters could no longer sell to Western Europe. Instead, they became increasingly dependent – economically as well as politically – on Nazi Germany. Likewise, Poland, after fighting a customs war with Germany in the 1920s and early 1930s, entered into a non-aggression pact with the Nazi regime in 1934.

Through all of this, the League of Nations and other multilateral bodies tried to organize conferences and summits to halt the slide toward protectionism. But those talking shops all failed.

During the Great Depression, accusations of currency manipulation formed the primary impetus for protectionist measures. One hears the same sort of rhetoric today from Trump, both when he criticizes the US Federal Reserve for tightening monetary policy and when he claims – falsely – that China is artificially depreciating the renminbi.

The lesson of the Great Depression is clear: trade wars intended to strengthen national security actually undermine it. This is especially true in the case of defensive alliances, because trade barriers force allies to forge closer ties with the very revisionist power that was supposed to be contained.

Precisely this scenario is playing out today. Trump’s protectionist rhetoric is a response to the dramatic rise of China. But by launching a tariff war that also affects the European Union and Canada, Trump is making China look like a more attractive partner than the US. To be sure, Trump and European Commission President Jean-Claude Juncker have now reached a preliminary agreement to de-escalate the US-EU tariff fight. But Trump has already roiled the transatlantic alliance. Like Germany’s neighbors in the 1930s, Europe and Canada may feel as though they have no other choice than to seek out a more open – or at least more stable – partner.

Trump’s trip to Europe last month went a long way toward destroying the alliances that have maintained global stability since the end of WWII. And his self-abasing press conference with Russian President Vladimir Putin had more than a whiff of Chamberlain-style appeasement. If Trump actually wanted to make China more attractive to the world, then he could do no worse than to continue his war on free trade and the multilateral institutions that arose from the ruins of 1945. 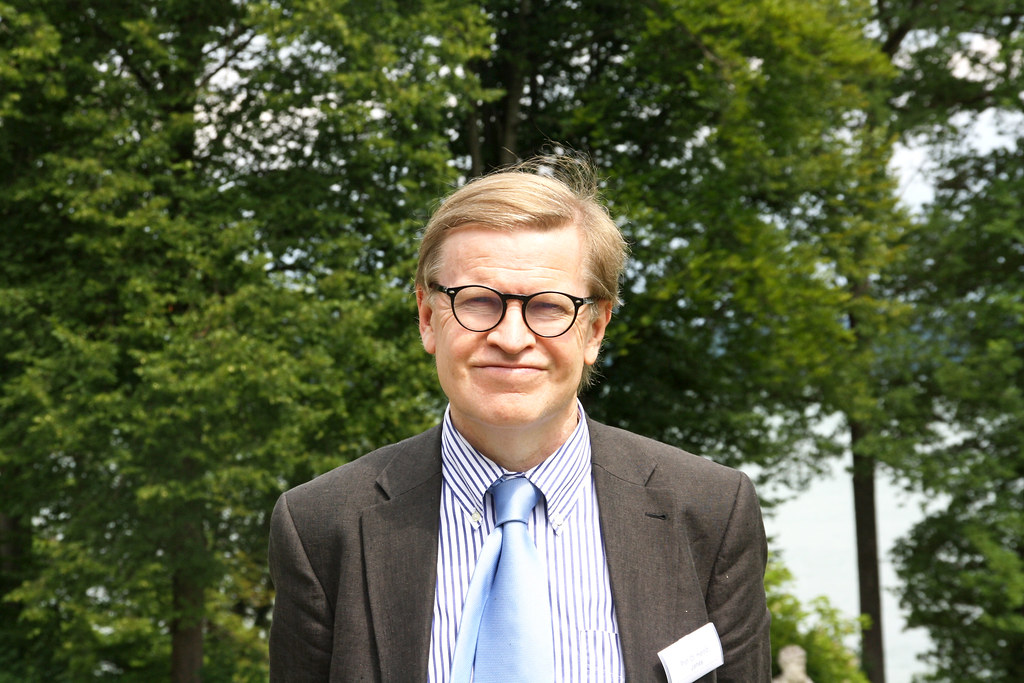 Harold James is Professor of History and International Affairs at Princeton University and a senior fellow at the Center for International Governance Innovation. A specialist on German economic history and on globalization, he is a co-author of the new book The Euro and The Battle of Ideas, and the author of The Creation and Destruction of Value: The Globalization Cycle, Krupp: A History of the Legendary German Firm, and Making the European Monetary Union.