The British History of Brexit

My main worry is the loss of the chance for Britain to help shape the political future of Europe. The organization Britain will be leaving is far from marching confidently ahead to political union. It is riven with conflict. German Chancellor Angela Merkel is almost as powerless as May; neo-fascists are in, sharing, or close to power in several European countries. Almost the entire weight of the European project rests on the shoulders of French President Emmanuel Macron. It would have been good to have Britain by his side, rather than drifting out to the Atlantic.”–Robert Skidelsky

It is now all but certain that Britain will leave the EU in March 2019 without a workable divorce settlement. The only question is whether this outcome will be the economic catastrophe that most observers fear.

LONDON – Since June 23, 2016, when 52% of British voters backed withdrawing from the European Union, the “Brexit” debate has been tearing British politics apart. Although the Brexit referendum was non-binding, then-Prime Minister David Cameron’s government, expecting a vote in favor of “Remain,” had promised to honor the result. Britain, late to join the EU, will be the first member state to leave it, with the exit date set for March 2019. 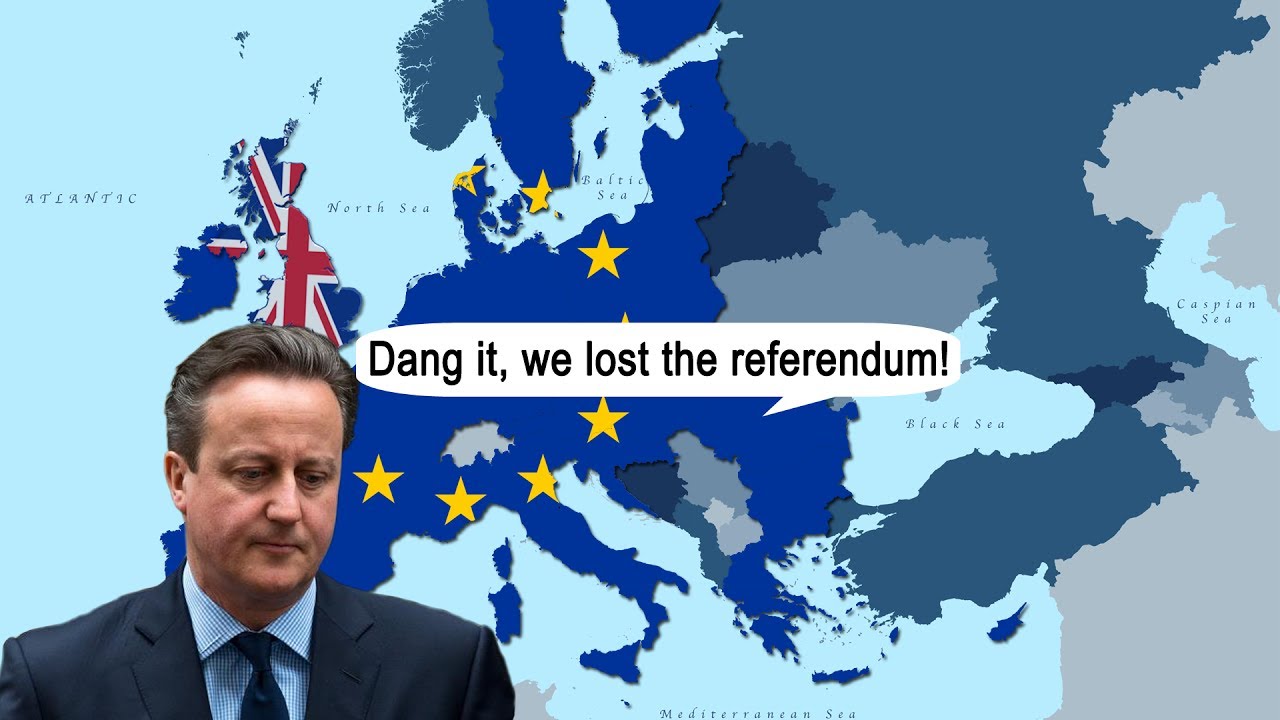 Remainers alternate between blaming Cameron for his recklessness in holding the referendum and his incompetence in managing it, and castigating the Brexiteers for swamping the voters with lies. At a deeper level, the Brexit vote can be seen as part of a transatlantic peasants’ revolt, making itself felt in France, Hungary, Italy, Poland, Austria, and of course the United States. Both explanations have merit, but both ignore the specifically British roots of Brexit.

Britain had stood alone against a Hitler-dominated continental Europe in 1940, the moment of recent history recalled with most pride. Years later, Margaret Thatcher voiced a common British sentiment in her usual emphatic manner. “You see,” she once said to me, “we visit, and they’re there.” Despite former Prime Minister Tony Blair’s stated intention, Britain was never “at the heart” of Europe: it was. In their 42 years in the EU, the British have always been an awkward, Euroskeptical partner. Approval of membership has only briefly been above 50%, and by 2010 was dipping below 30%. A referendum back then most likely would have resulted in an even bigger majority for leaving.

The United Kingdom did not sign the 1957 Treaty of Rome, which joined the EU’s six original members – Germany, France, Italy, the Netherlands, Belgium, and Luxembourg – in the European Economic Community. True to its traditional policy of divide and rule, it organized the seven-member European Free Trade Association as a counterweight in 1960.

But the UK stagnated, while the EEC prospered, and Britain applied for entry in 1963. Britain’s motive was mainly economic – to escape the EEC’s external tariff against British goods, by joining a more dynamic free-trade area. But the motive of preventing the formation of a political bloc was never absent, and ran counter to the European founding fathers’ dream of a political union. In the end, French President Charles de Gaulle vetoed the UK’s membership bid, viewing Britain as an American Trojan Horse.

Remainers conveniently forget that when Britain voted in 1975 to remain a member of the EEC – after joining in 1973 – the referendum was based on the lie that membership had no political implications. In fact, the EU’s founders, especially Jean Monnet, saw ever-deeper economic union as a way to forge ever-deeper political union. In 1986, Thatcher signed the Single European Act (which set the objective of establishing a single market), apparently believing that it was only an extension of free trade in goods to services, capital, and labor.

But Britain’s semi-detached status was confirmed by the Maastricht Treaty of 1992, under which Thatcher’s successor, John Major, obtained (together with Denmark) an exemption from the requirement to join the euro. More obviously than anything preceding it, the single currency was a touchstone of willingness to proceed toward political union. After all, as the events of 2008-9 showed, a common currency without a common government cannot be made to work.

In the wake of the Brexit decision, Cameron’s hapless successor, Theresa May, has been caught between the demands of Brexiteers like her erstwhile Foreign Secretary, Boris Johnson, for “control of our borders” and the fears of the Remainers concerning the economic and political consequences of leaving. She hopes for an exit from the EU whereby Britain would retain the benefits, but avoid the costs, of membership.

This hope is embodied in the government’s just-published White Paper, “The Future Relationship between the United Kingdom and the European Union.” In it, the government seeks an “Association” that would leave Britain within the EU’s external tariff area for all trade in goods made in Britain and the EU, but free to conclude its own free-trade agreements with everyone else.

The single market in services would be replaced by a special agreement allowing EU clients unrestricted access to London’s financial services, while avoiding a common regulatory system. A new “framework for mobility” would aim to continue to “attract the brightest and the best, from the EU and elsewhere,” while curtailing (in unspecified ways) EU citizens’ freedom to work in Britain.

Nothing is more certain than that the White Paper’s jejune attempt to have it both ways will fail to survive serious scrutiny on either side of the Channel. And that means that Britain will leave the EU in March 2019 without a workable divorce settlement. The only question is whether this outcome will be the disaster most observers fear.

I am unpersuaded by the Remain argument that leaving the EU would be economically catastrophic for Britain. The loss of settled EU arrangements would be balanced by the chance for Britain to rediscover its own way, not least in fiscal and industrial policy. Experience suggests that the British are most resilient, most inventive, and happiest when they feel in control of their own future. They are not ready to give up their independence.

My main worry is the loss of the chance for Britain to help shape the political future of Europe. The organization Britain will be leaving is far from marching confidently ahead to political union. It is riven with conflict. German Chancellor Angela Merkel is almost as powerless as May; neo-fascists are in, sharing, or close to power in several European countries. Almost the entire weight of the European project rests on the shoulders of French President Emmanuel Macron. It would have been good to have Britain by his side, rather than drifting out to the Atlantic.

*Robert Skidelsky, Professor Emeritus of Political Economy at Warwick University and a fellow of the British Academy in history and economics, is a member of the British House of Lords. The author of a three-volume biography of John Maynard Keynes, he began his political career in the Labour party, became the Conservative Party’s spokesman for Treasury affairs in the House of Lords, and was eventually forced out of the Conservative Party for his opposition to NATO’s intervention in Kosovo in 1999.

One thought on “The British History of Brexit”