“Whether we like it or not, Malaysia’s political fundamentals are anchored in a race-based power sharing ideology, thus race politics will stay and BN is an established structure to effectively serve that purpose. All that BN needs is to adopt a moderate and inclusive approach moving forward.”–Darshan Singh 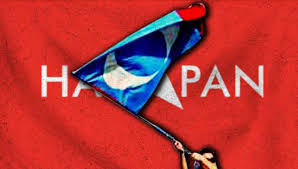 A lot has happened since May 9, when Malaysians decided to alter the political landscape of the country, electing a loosely formed coalition called Pakatan Harapan (PH) into government. A devastating blow landed on the once mighty UMNO-led Barisan Nasional (BN) coalition when, for the first time in over 60 years, it lost the mandate to rule.

Never had I thought that this would be possible in my lifetime. I expected BN to lose a couple more seats but to win the election as usual.

While the majority of non-Malays were expected to vote for the PH coalition, what surprised me was the fact that a sizeable percentage of the Malay electorate decided to ditch BN as well. Traditionally, the majority of the Malay population had voted for BN, fearing a loss of political power if they did otherwise. This trend was expected to continue but unfortunately this time, it didn’t. Dr Mahathir Mohamad had successfully provided the necessary comfort in assuring that Malay rights and privileges would continue to be protected even if BN was no longer in power. After all, it was Mahathir who had indoctrinated the concept of supremacy during his previous 22 years as prime minister.

It will be interesting to see if the Malay electorate continues to vote for PH post-Mahathir in GE-15.

Warning signs were all over that the people were disappointed and angry with the BN brand of politics, which was plagued by alleged corrupt practices and abuse of power and complete disregard for the principles of transparency, accountability and good governance. The only democratic value left was probably holding general elections on time.

True enough, with the seizure of hundreds of millions in cash and belongings from premises linked to the former Prime Minister, public perception on embezzlement is slowly becoming reality.

Since losing power, BN has been in disarray, desperately trying to recover from the shock election defeat. In such a situation, it does not help when one-time allies decide to jump ship and walk away with those who have newly acquired power. Effectively, there are only three parties left in the BN coalition, and at this point in time, it is not even certain if it will stay this way. There are obvious cracks visible even among its surviving members.

In reality, this election defeat should be viewed positively as an opportunity for BN to review its structure and ideology, correcting the mistakes of the past and emerging stronger. Being in the opposition can be useful to test the newly laid foundation which can be continuously improved until the next general election is called. People will surely appreciate an opposition which roars responsibly in Parliament.

Whether we like it or not, Malaysia’s political fundamentals are anchored in a race-based power sharing ideology, thus race politics will stay and BN is an established structure to effectively serve that purpose. All that BN needs is to adopt a moderate and inclusive approach moving forward.

The majority will continue to claim rights and privileges while the minority will scream racism. This will not change even if the odds are tilted in any other way as we are a selfish and racist society.

Darshan Singh is a FMT reader.