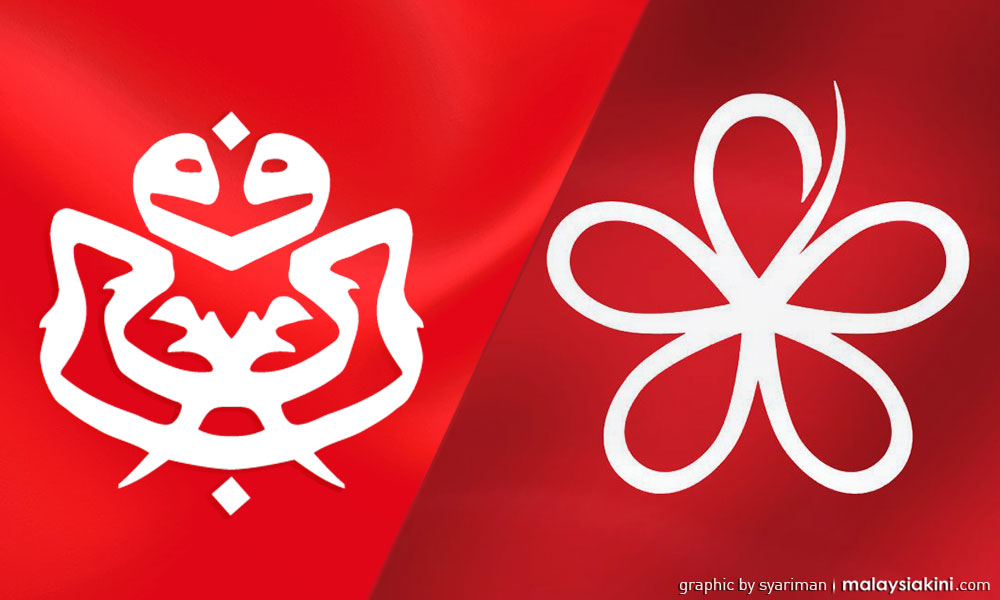 “We belong to a plural society and in this society, the Malay-bumiputera agenda must be carried out.”

COMMENT | Since I fancy myself as a sort of political Cassandra as opposed to a political Pollyanna, I am always interested in what former political prisoner Anwar Ibrahim has to say about Malay politics. His recent comments about how UMNO is not completely destroyed and has to reinvent itself has become a political Rorschach test for people who voted for Pakatan Harapan.

I wrote about this when Prime Minister (then) Najib Abdul Razak visited Anwar when he was recovering from surgery last year – “Despite establishment narratives that non-Malays – the Chinese specifically – seek to supplant Malay/Muslim power in Malaysia, the reality is that this could never happen. Why this is the case is beyond the scope of this article, but since Malay powerbrokers hold the keys to Putrajaya, the sight of Malay political opponents meeting always arouses speculation and yes, insecurity amongst the non-Malay demographic, especially those invested in regime change.”

Add to this, Najib’s telephone conversations with Anwar on the night of May 9, the seemingly never-ending public squabbles of PKR, the narratives of how Anwar “can’t be trusted”, the perception that PKR’s schism is the foundation for collusion with UMNO or PAS, and anything Anwar says is an invitation to vilify the former political operative who laid the foundation for the eventual takeover of Putrajaya.

“It is no longer enough to remove Najib Razak from power. UMNO itself must be defeated”, Dr. Mahathir said. Will he  break up the political party he created in 1985 and abandon the Malay agenda he initiated when he first came to power in 1981 and held to the premiership for 22+ years?

I have always cautioned that this idea that UMNO and all it stands for is a relic of bygone Malaysia is foolish. Race and religious politics are sown into the fabric of Harapan with materials provided by the former UMNO regime. UMNO and PAS, and those that voted for them – comprising about 52 percent of the popular votes in GE-14 – are a formidable base which is currently being ignored by the numerous changes taking place in this country.

Let us forget about the narratives of a possible collusion by elements in Harapan and UMNO for a moment. Some folks have said that the people are the opposition. Great, but who do Malaysians vote for if Harapan does not live up to expectations in the Peninsular?

I doubt Chinese support for DAP will end anytime soon and since the “running dog” narratives take some time take root, it’s all good on their front. But if you are Malay, you got a “reformed UMNO” and PAS to choose from and this is where things get dicey real fast. By “reformed”, I mean an UMNO that is still entrenched in its ideology but with a new coat of paint to regain support from the Malays who voted against Najib.

Bridge between Bersatu and DAP

In all these think pieces I read online, it is PKR that is described as the bridge between Bersatu and DAP. In other words, the bridge between the so-called rural Malays and the urban Chinese. This, of course, is often portrayed as a class issue, but public comments from various Harapan leaders betray the reality that this is a race issue.

Bersatu was supposed to be the UMNO of Harapan – the linchpin for the new deal that would ensure that the races would cooperate in the old alliance way before the dark times of UMNO ‘ketuanan’ hegemony. It did not work out that way. UMNO still commands the Malay base and now PAS is slowly demonstrating that its outlier status is a political advantage in this new Malaysia.

Public comments from certain UMNO leaders – Khairy Jamaluddin for instance – of turning UMNO into a multiracial party could be post-traumatic stress from the recent elections. However, what he does represent even though the old guard of UMNO may not like it, is a leader who balances ‘ketuanan’ ideology with the pragmatism of compromise that is needed to win the cash cows which are the so-called “urban centres” that PKR is supposedly a bridge to. The UMNO meet-up will determine which forces in the party hold sway, of course.

It remains to be seen how exactly Bersatu handles the challenge of reforming the rural polities which was needed to take Putrajaya, or so we are told. And this also involves the greater need to reform the system where dominant race-based Malay power structures rely on to sustain them. 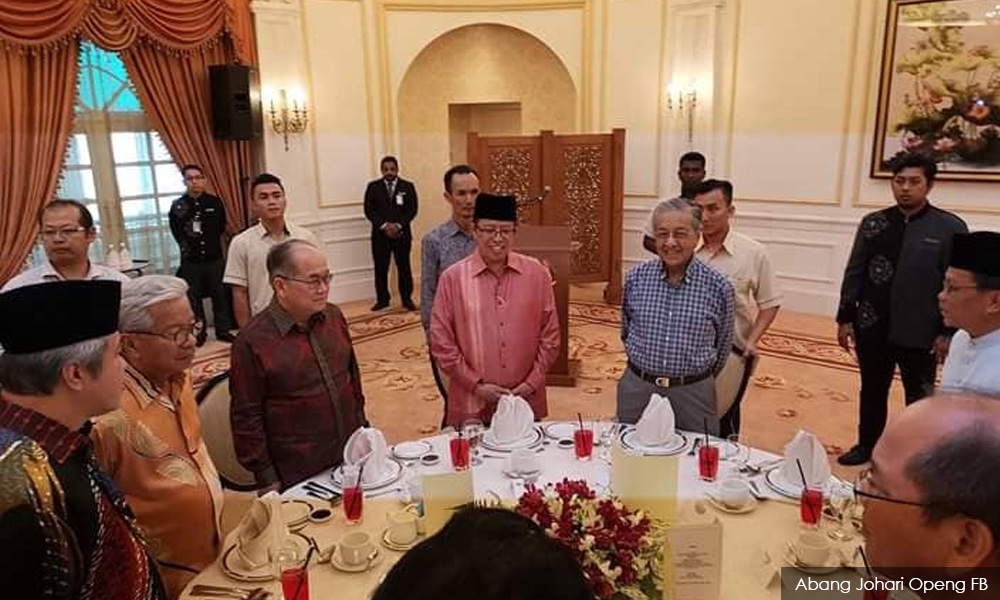 This is important because dismantling the architecture that enables the propagandising of race and religion is needed for the survival of non-Malay power structures in the long run.  Bersatu didn’t win this election for Harapan; it was a former UMNO grand poobah, Dr. Mahathir Mohamad, who did. Systemic reform without any thought or consideration to reforming structures that enable race and religious imperatives to remain entrenched  is foolhardy.

Take this lowering the voting age to 18 for instance. Great idea but I really hope Harapan strategists are discovering how deep the radicalisation process is when it comes to religious schools and the like. Young Muslims from these types of schools have to wait a few years before voting but 18 is just about the right age when the propaganda and religious delusions are still fresh in their minds and they want an avenue to express them. Not to mention, the years of indoctrination by a system created by the very person who has gained messianic status by true believers.

This is where UMNO or PAS could benefit more than a regime which has to compromise on its racial and religious imperatives – Bersatu – for the sake of the multiracial power-sharing formula that BN never paid much attention to. This, of course, is but one example of the fault lines that exist when making policy.

In all cases, deradicalisation should be central even in the more obvious of policy shifts. Is the Harapan regime up to this? Only time will tell, and there is only a small window of opportunity because personalities are old and the young blood is waiting in the wings.

So how do we combat the grand narratives of Malay supremacy in Harapan and UMNO and PAS? How do we ensure that these narratives are weakened over time? Here are some points to consider.

Another Malaysiakini columnist Nathaniel Tan talks about regionalism. That is an important starting point I think. Federal power should be decentralised. This halts grander narratives of Malay and Islamic hegemony with local issues that could be dealt with state power. When people have a sense that their state governments can solve their immediate needs, there is no need to kowtow to federal power which brings with it forms of subservience that is detrimental to the democratic process.

This also should extend to local council elections. This brings communities together on issues of needs. If all politics are local, then people from communities rather than political parties determine what is important to them and this also safeguards against political interference.

More importantly, the media should be regional as well. Mainstream media news outlets shape the news often ignoring state level and local community level issues. This creates the impression that federal narratives – those that involve race and religion – are monolithic. This really isn’t the case. This is not something that the state governments or the federal governments should be involved with but rather independent regional media outlets, discussing local issues and ensuring that local politics remains in the forefront.

If you are really serious about people being the opposition – whatever that means – this is a good way to do it, further weakening the grand narratives of race and religion by concentrating on local issues which sometimes have nothing to do with what goes on in the urban polities.

In order to weaken racial and religious hegemony, it is important to diffuse power. The question has always been, is there a coalition willing to do this?

When people ask me who the clear winners are in this election, my answer is always PAS. What PAS has demonstrated is that it can survive definitely without BN and time will tell if it can survive without the Harapan regime. Mind you, the relationship between PAS and Harapan has not been as fraught as it has been with UMNO.

UMNO and PAS, and once the former gets their acts together, could turn out to be a formidable opposition, especially considering that sooner rather than later, Harapan will have to tackle issues concerning race and religion. We have witnessed a distinct lack of commitment among Malay power structures to buck the Islamic and Malay trend when it comes to voting on major issues involving race and religion. Will this change now that Harapan has taken federal power?

It is nonsensical to make the argument that UMNO needs to reform – become multiracial – when the there is a Malay power structure like Bersatu in Harapan chasing the same base. The great fear of UMNO has materialised – that is, the Malays are divided.

What people should be concerned with is the interactions between diffused Malay power structures in this new political terrain, and concomitant to this, the shape these interactions coalesce into.

One thought on “Mahathir’s Bersatu– A Reformed UMNO?”