Altantuya Shaariibuu Murder: In the name of Justice, Najib Razak must be made to answer

KUALA LUMPUR: The father of Mongolian model Altantuya Shaariibuu, who is seeking to reopen investigations into her murder, today asked why his daughter had not been deported to her home country.

“Why didn’t they just handcuff her and send her back? Why kill her? “I want justice for my daughter,” Shaaribuu Setev said in a press conference here.

Shaaribuu will be meeting Attorney-General Tommy Thomas at 3pm to discuss the possibility of reopening the probe into her murder.

His lawyer Ramkarpal Singh, who was also at the press conference, said his client would meet with Prime Minister Dr Mahathir Mohamad at 5pm tomorrow. 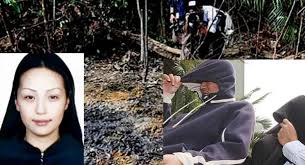 Altantuya, 28, was killed between October 19 and 20, 2006 by Azilah Hadri and Sirul Azhar Umar who were part of an elite police commando unit that provided bodyguards for Malaysia’s top leaders.

She was shot twice in the head before being wrapped in military-grade C-4 explosives and blown to pieces. The motive for the crime as well as the source of the order for her death remains unknown.

Azilah and Sirul were convicted of her murder and sentenced to death. However, Sirul fled to Australia before the final court verdict and has been in detention in Sydney for nearly two years.

Altantuya’s murder also attracted attention due to the involvement of Abdul Razak Baginda, who was once an aide to former Prime Minister Najib Razak.

Razak was charged alongside Sirul and Azilah, but he was acquitted without his defence being called. He had also confessed to having an affair with Altantuya.

The case has been linked to Malaysia’s purchase of two French submarines, a deal which is still under investigation in France for alleged kickbacks involving a company linked to Razak Baginda.

Last month, Shaariibuu pleaded with the Pakatan Harapan (PH) government to reopen investigations to uncover the identity of the person who ordered Altantuya’s murder.

In a letter to Ramkarpal, he said “a powerful person” must have sanctioned the crime.

Following PH’s electoral victory on May 9, Sirul said he was prepared to return to Malaysia and expose those he said were behind the murder. However, in an interview with The Guardian, he rejected Ramkarpal’s suggestion that his death sentence be commuted to life imprisonment.

He also claimed that he was a scapegoat “in an elaborate political crime” and denied he had ever confessed to killing Altantuya.

13 thoughts on “Altantuya Shaariibuu Murder: In the name of Justice, Najib Razak must be made to answer”