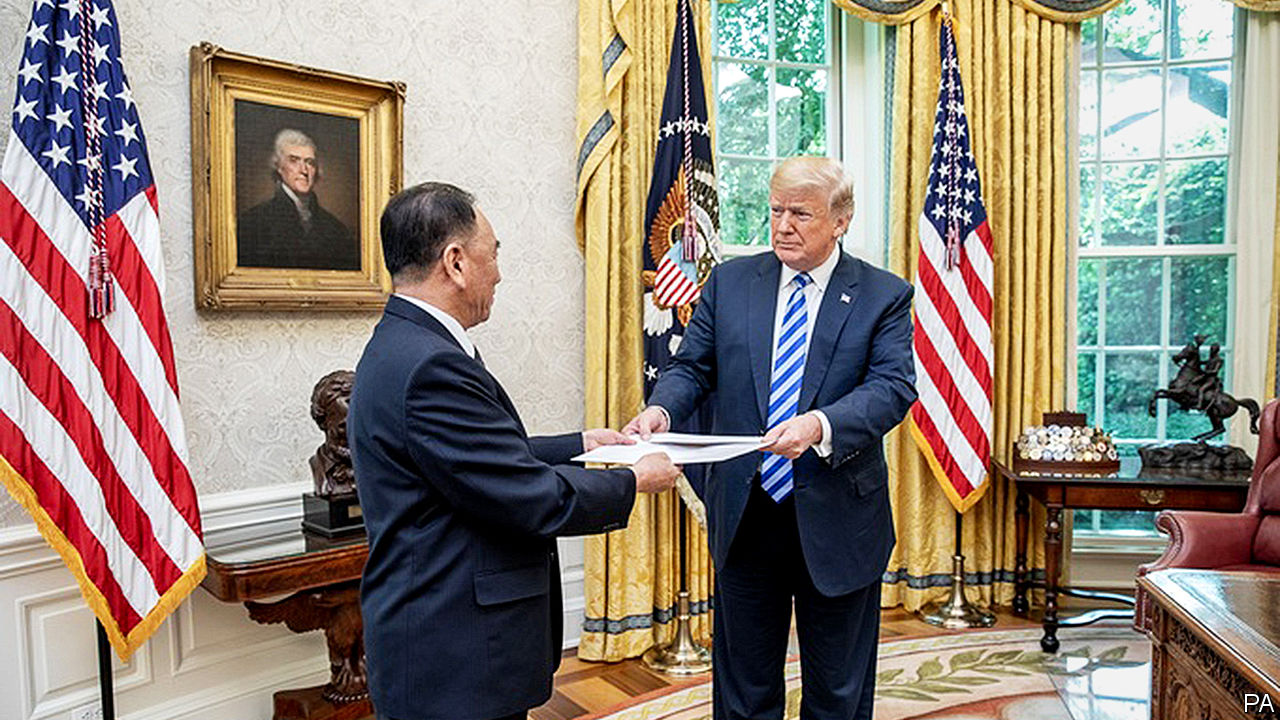 Donald Trump hasn’t changed. The many biases and misconceptions that he has about the United States and its place in the world go back as far as 1990, when an interviewer from Playboy asked him about the first thing he would do if he were elected President. “Many things,” Trump replied. “A toughness of attitude would prevail. I’d throw a tax on every Mercedes-Benz rolling into this country and on all Japanese products, and we’d have wonderful allies again.” A President Trump, he went on, “wouldn’t trust our allies; he’d have a huge military arsenal, perfect it, understand it. Part of the problem is that we’re defending some of the wealthiest countries in the world for nothing . . . . We’re being laughed at around the world.”

This clearly wasn’t a man who had studied much history, beyond perhaps the volume of Hitler’s speeches that his former wife Ivana once claimed that he kept by his bed. He seemed blissfully unaware of how, after the Second World War, the U.S. used its military and economic power to create an open international economic system in which American multinational companies such as Ford, General Motors, and I.B.M. were guaranteed a growing and prosperous market. And he seemed similarly clueless about the role that multilateral institutions like NATO, the G-7, and the International Monetary Fund played in extending and perpetuating American power. 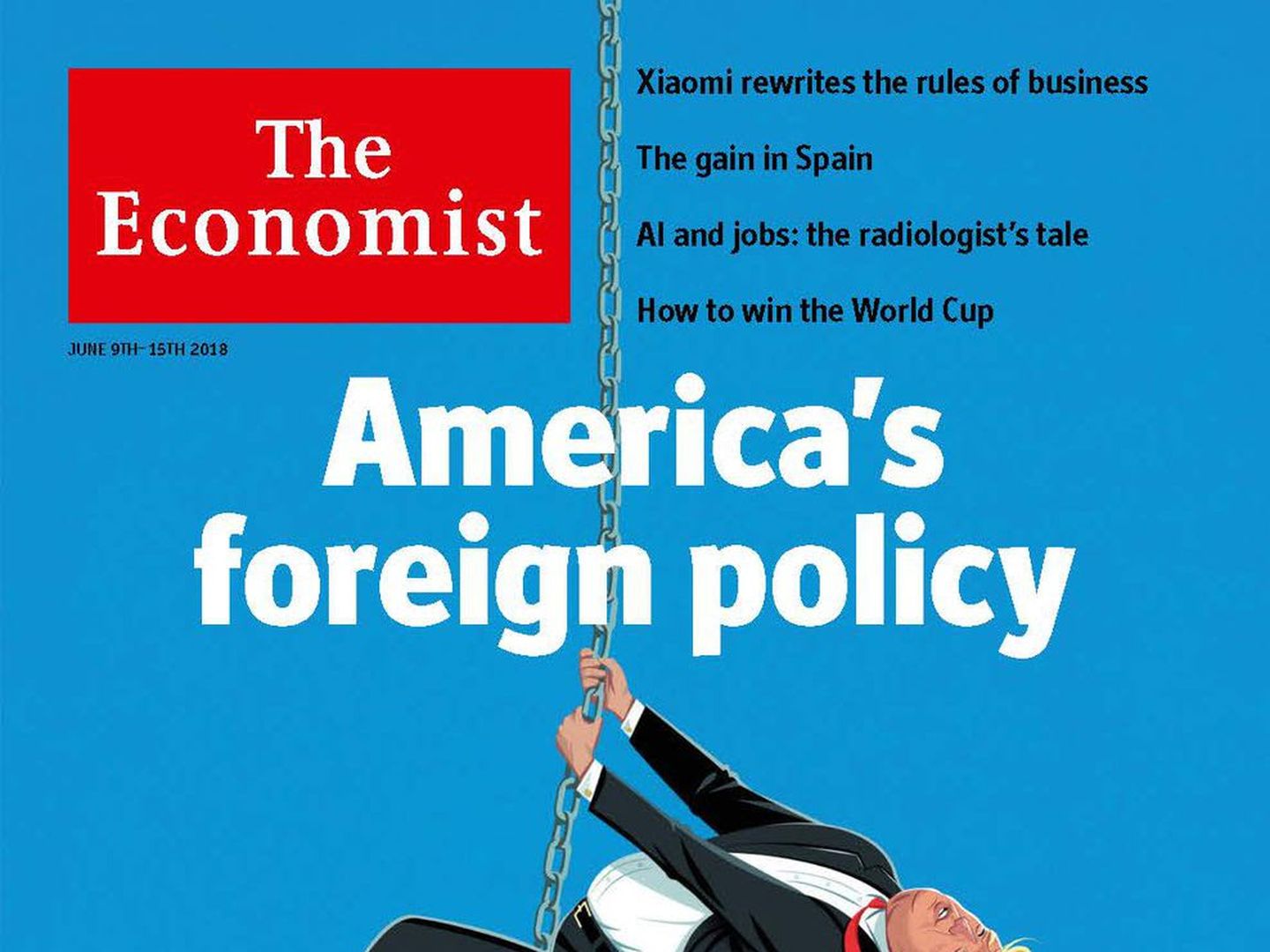 If Trump’s worldview has any consistency, it is as the ideology of a certain type of parochial, embittered, outer-borough New Yorker, an upscale Archie Bunker. The first great misfortune that befell the U.S. and its allies came in November of 2016, when this small-minded parvenu was elected President. The second came earlier this year, when Trump belatedly realized that he didn’t have to surround himself with wiser and more knowledgeable people who could restrain his impulses. He replaced H. R. McMaster, the national-security adviser, and Gary Cohn, the head of the National Economic Council, with John Bolton and Larry Kudlow, two wizened conservative talking heads who both know their role, which is to parrot whatever nonsense Trump comes up with on any given day.

On Saturday, Trump once again made a stunning display of his ignorance. Before departing early from the G-7 summit in La Malbaie, Quebec, to fly to Singapore, he issued a preposterous threat to cut off all U.S.-Canadian trade if the Canadians responded to his imposition of tariffs on Canadian steel and aluminum goods entering the United States by levying similar duties on some American goods entering Canada. At a press conference that Justin Trudeau, the Canadian Prime Minister, held to close the summit, he was inevitably asked whether his government would go ahead with the retaliatory tariffs despite Trump’s barking. “I have made it very clear to the President that it is not something we relish doing, but it is something that we absolutely will do,” Trudeau said. “Because Canadians, we’re polite, we’re reasonable, but we also will not be pushed around.”

In diplomatese, Trudeau’s statement was polite but firm. (He also said that he stood ready to resolve the trade dispute in consultation with Trump.) But when Trump watched, or got wind of, the press conference on Air Force One as he flew to Singapore, he flipped out and fired up his Twitter account, describing Trudeau as, “Very dishonest & weak,” and adding, “Our Tariffs are in response to his of 270% on dairy!” He also said that he had ordered the U.S. representatives on the ground to not endorse the G-7 communique that they had previously agreed on.

Far from trying to talk Trump around, or clear up the mess that the President had created, Bolton and Kudlow made matters worse. On Saturday afternoon, Bolton tweeted out the most talked-about image from the G-7 meeting, in which a seated Trump is being confronted by Angela Merkel, the Chancellor of Germany, and Emmanuel Macron, the President of France. “Just another #G7 where other countries expect America will always be their bank. The President made it clear today. No more,” he wrote. 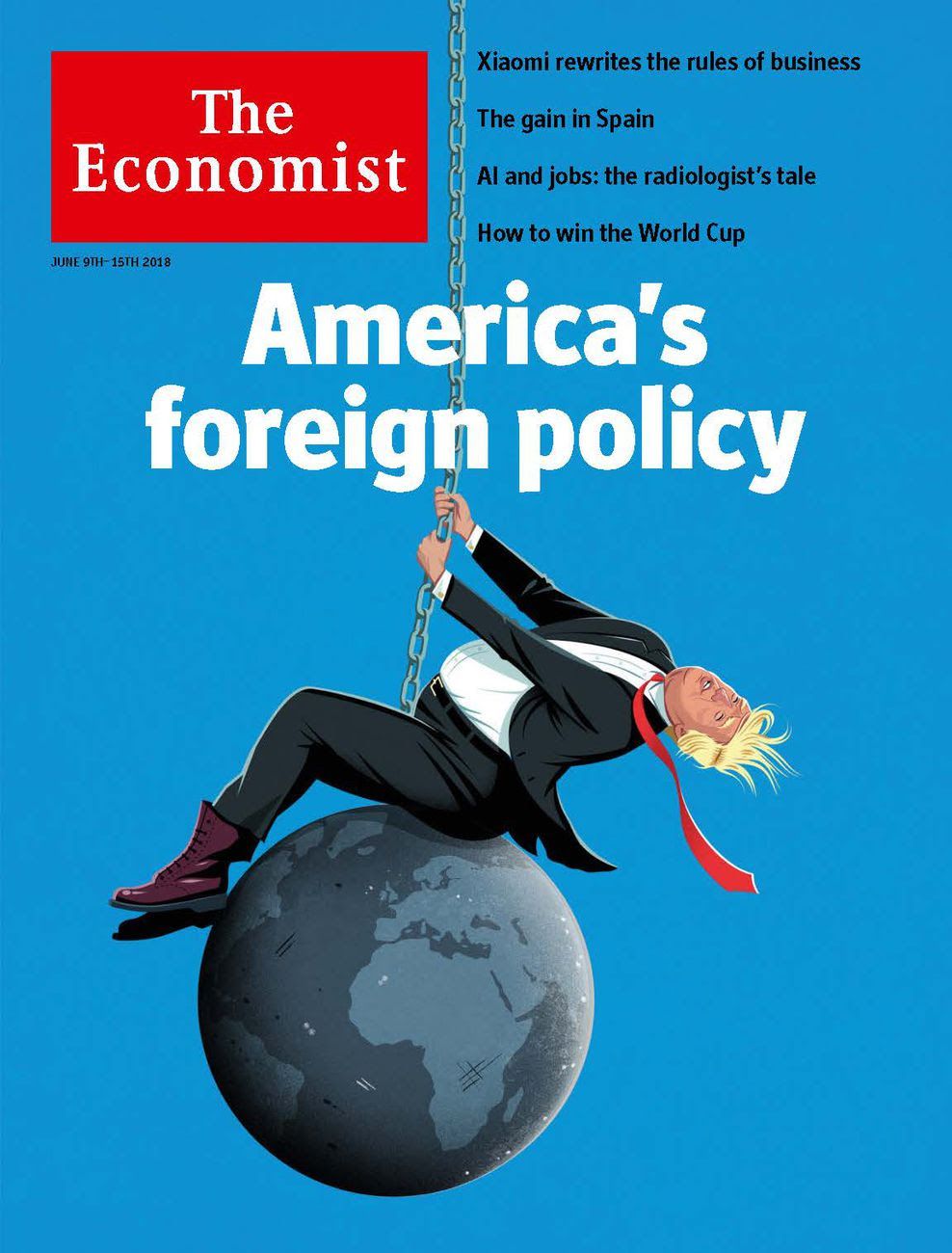 On Sunday, Kudlow said on CNN’s “State of the Union” that Trudeau “kind of stabbed us in the back,” and added, “It was a betrayal.” Another Trump aide, Peter Navarro, who is a self-styled trade hawk, told Fox News, “There’s a special place in hell for any foreign leader that engages in bad-faith diplomacy with President Donald J. Trump and then tries to stab him in the back on the way out the door.”

The invocation of Weimaresque rhetoric to describe a trade dispute with America’s closest neighbor was something to behold. But in geopolitical terms, it wasn’t even the most provocative thing that Team Trump did over the weekend. Before, during, and after the G-7 summit, the U.S. President called for Vladimir Putin’s Russia to be allowed to rejoin the group, and sought to downplay the reason that the country got kicked out in the first place—Putin’s decision, in 2014, to invade Crimea and destabilize eastern Ukraine.

“Something happened a while ago where Russia is no longer in,” Trump said, at a press conference on Saturday. “I think it would be an asset to have Russia back in.” He didn’t dwell on Putin’s aggression further, other than to say that questions about it should be addressed to Barack Obama, who “allowed Russia to take Crimea. I may have a much different attitude.” 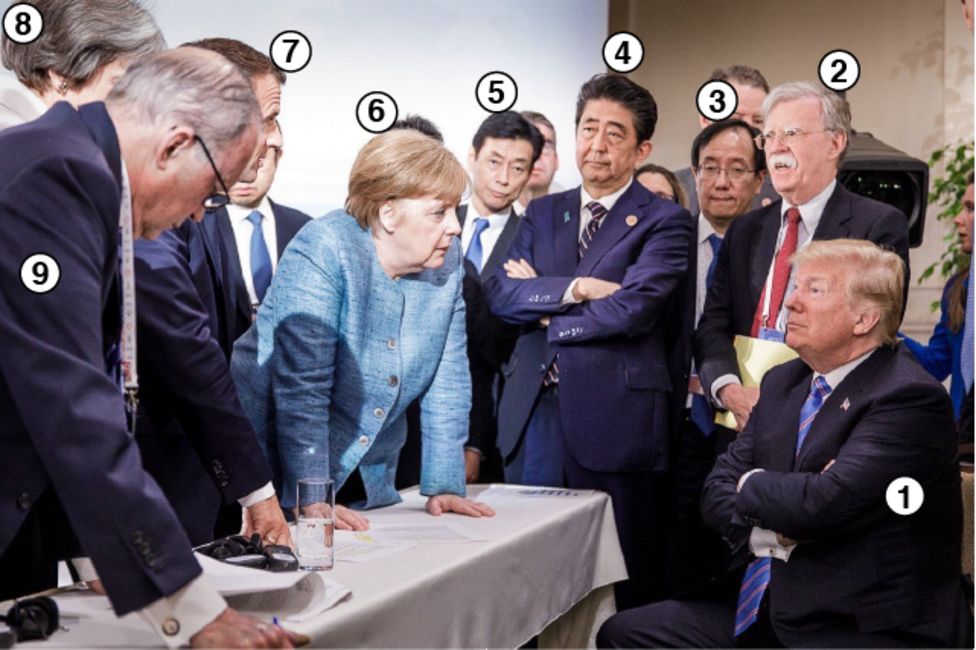 Really? At this stage, Trump’s bromance with Putin is so obvious that it has turned into something of a joke. Guy Verhofstadt, the former Prime Minister of Belgium who is now a powerbroker in the European Parliament, tweeted out the viral G-7 photo, and suggested a caption for what Merkel was saying to Trump: “Just tell us what Vladimir has on you. Maybe we can help.” Putin, for his part, said he would welcome a summit meeting with Trump in the Oval Office.

It is possible, of course, that Putin doesn’t have anything on Trump, and that Trump has simply had a lifelong affection for ruthless, authoritarian figures that overwhelms any actual knowledge he may have picked up in the past seventeen months about the benefits of Atlanticism, a liberal trading order, or anything else. Back in that 1990 Playboy interview, in addition to expressing his protectionist beliefs about the economy, he criticized Mikhail Gorbachev for allowing the Soviet Union to break up and praised the leaders of China for putting down the Tiananmen Square demonstrations “with strength.”

This side of Trump—the wannabe strongman—has always been there. But the truly alarming thing is how few restraining influences it now faces. Defense Secretary James Mattis, who has maintained a steadfast support for NATO and the Atlantic alliance more generally, appears to be about the only one left. The Vice-President, the Secretary of State, and the Secretary of the Treasury are all Trump toadies. John Kelly, the White House chief of staff, seems to be a busted flush. The Republican leadership on Capitol Hill is AWOL. And Fox News, which is Trump’s main source of information, is a Trump echo chamber.

And so we go to Sentosa Island, in Singapore, where the North Korean boy autocrat awaits. After Trump’s behavior in the past few days, the world will be watching nervously.