Dr. Mahathir Mohamad and his Team of Talented Professionals for New Malaysia 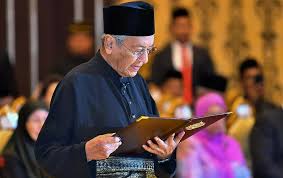 At 92, Prime Minister of Malaysia again with the rare opportunity to right past wrongs like appointing Abdullah Badawi and Najib Razak as his successors.

Prime Minister Dr. Mahathir Mohamad is that rare leader who recognizes his mistakes, admits to them publicly, and then goes about rectifying them with the tenacity of a hungry rooster chasing a worm. However lest we gloss over it, he is not that wise in that he had made the same mistake not once but twice. The first was with Abdullah Badawi; second, Najib.

Nor did Mahathir recognize his mistakes early enough when they would have been easier to remedy and before they could wreak havoc. Look at the wreckage inflicted by Najib. If Mahathir were to repeat those same mistakes now that he is Prime Minister again, the consequences this time would be far more catastrophic.

Mahathir corrected his blunder with Abdullah Badawi with ease; with Najib, less so. Between Abdullah and Najib, Malaysia wasted a precious decade and a half. Najib also squandered billions. That part of the wreckage is at least quantifiable, not so the damage he wreaked upon Malaysian institutions or the nation’s reputation.

Najib and Abdullah were not the only duds. Mahathir’s previous cabinet was filled with the Nazri Azizes, Zahid Hamidis, and Rahman Dahlans. Countless others of comparable appalling caliber helmed the nation’s institutions. It is this lethal combination of weak institutions in the hands of the corrupt and incompetent that cripples Malaysia and produces the 1MDB and other boondoggles.

Mahathir has his work cut out. At 93, he has precious little time. His saving grace is that today, unlike when he was leading UMNO and Barisan, Mahathir is now inundated with talent. Many are young. 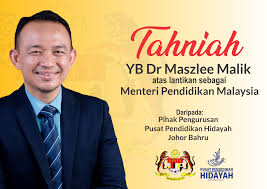 His Minister of Education has a British doctorate, a vast improvement over his many predecessors. As a junior academic he was already an outspoken critic of the government through his role as moderator in the many wacanas (public debates). That is a rare trait among local lecturers where the culture is to suck up to your superiors; hence the derisive appellation Professor Kangkung. In debates, Maszlee Malik dazzled his audiences with his wit, eloquence, and receptiveness to diverse views.

Maszlee is also fluent in Malay, English, Arabic, and Mandarin, a worthy example for our teachers and students. He could “out-quote” the Koran and hadith with the most bearded ulamas; he could thus expose their stupidities in front of simple kampung folks.

Less young is Mahathir’s new Minister of Health, an Imperial College PhD in Toxicology, Dzulkefly Ahmad. He has much to do cleaning up the toxic residue of the Najib Administration.

The transfer of power executed by Mazlee and Dzulkefly with their respective predecessors was a picture of class and decorum. What a glaring contrast to the absence of Najib Razak at Mahathir’s swearing-in ceremony at the Palace. Najib has no class. Earlier he had skipped the traditional concession speech. On election night he abandoned his followers at a time when they needed support the most.

The new Minister of Transport, Anthony Loke, impressed me with his command of the National Language. When his ministry staff greeted him on his first day with their usual pomp and ceremony, he told them to dispense with that. How refreshing! They would serve the nation best by attending to the public first rather than to their minister, he reminded them.

Those elaborate ceremonies cost the rakyat a bundle. Think of the many public counters left unmanned because the staff had to greet and listen to their new minister.

With such superior talents, Mahathir should dispense with his old one-man-show habit. Give them space; nurture them. Najib’s mistake, apart from not being too bright, was that he was like a kid, craving praises and going so far as to buy them!

In a praiseworthy departure, Mahathir has ventured far beyond to tap Tommy Thomas to be the new Attorney-General. This infusion of top talent at the highest levels should be the new norm. Mahathir should have more such individuals “helicoptered” in to bring a fresh perspective and different expertise, beyond the typical thinking and time frame of a politician or civil servant. 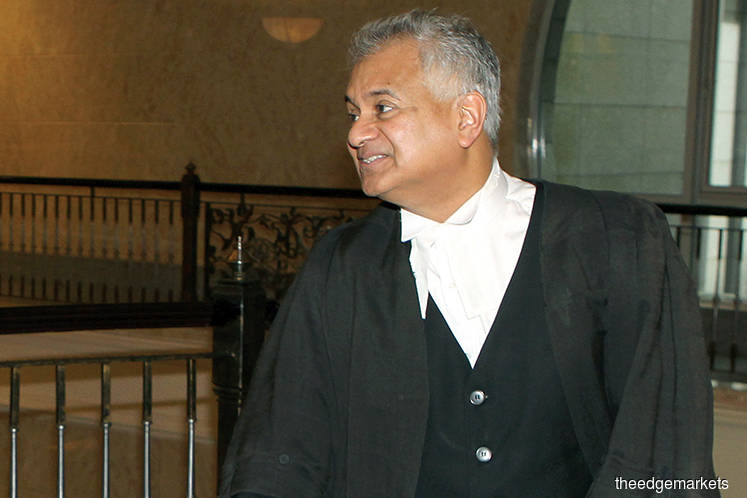 I would argue that politicians are least suited to be ministers as they would be busy taking care of their constituents, attending to party matters, and campaigning for the next election. I do not suggest adopting in toto the American system where all cabinet members are non-politicians. Thomas as Attorney-General is a good start; he would also “de-politicize” that important office. A practicing engineer to be Works Minister and a professional economist or accountant for Finance Minister should be next.

One individual Mahathir should pay particular attention to is his Deputy, Dr. Wan Azizah. Like Mahathir, she is also a physician, and a specialist to boot. Unlike Mahathir who was once described by his admirers as the first Malay to graduate from medical school without having to sit for a supplemental,

Wan Azizah was a gold medalist, tops in her class in Ireland. The brilliance is there. She is no Najib, Abdullah, or Muhyddin. Help make her be not only the first female Prime Minister of Malaysia, but also the best.

That would be a legacy worthy of Mahathir. Achieve that and the soiled memories of his appointing Abdullah and Najib would recede from history.

5 thoughts on “Dr. Mahathir Mohamad and his Team of Talented Professionals for New Malaysia”