The Attorney-General – The Promise and the Reality

The appointment of Tommy Thomas as the new Attorney-General has generated renewed interest in the ruling coalition’s Election Manifesto. In the Manifesto, Pakatan Harapan has articulated lucidly in Janji (promise) 15 the importance of separating the office of Public Prosecutor from that of the Attorney-General. Because of the danger of a conflict of interest, it argues that the two roles should be separated. It pledges to take immediate action towards this end.

The Attorney-General would be chosen from among qualified Members of Parliament and he would be appointed as a Minister serving as the legal adviser to the government. The Public Prosecutor on the other hand would have autonomy to conduct prosecution without fear or favour.

The Pakatan Harapan government has not lived up to this pledge. Thomas is not a member of parliament. He is not accountable in the legal sense to the people through an elected parliament. Of course, he is required, like all other public officials, to uphold the Malaysian Constitution. While his formal appointment is by the Yang di-Pertuan Agong, his real nexus of power is with the Prime Minister. It is the Prime Minister who will exercise authority over him and direct his actions.

One of the reasons why such stark abuse of roles did not occur in the sixties and seventies was because the Attorney-General in those years was responsible to Parliament through the Cabinet. This practice was brought to an end in the early eighties with the ascendancy of Dr. Mahathir Mohamad as the fourth Prime Minister of Malaysia. Parliamentary accountability was replaced with a direct relationship between the Attorney-General and the Prime Minister.

Dr. Mahathir is of the view that Thomas has the skills to fight the 1MDB case in court. If specific skills are needed the government can always draw upon the services of legal brains at home and abroad. They can be appointed as consultants or public prosecutors as they were in the past in the Batu Putih case or in the second Anwar Ibrahim trial. Tommy Thomas himself can play that role instead of installing him as Attorney-General. 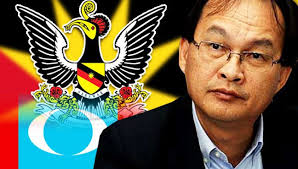 There is an MP with a legal background from Sarawak who would have fitted the bill. Baru Bian, the Pakatan Harapan MP for Selangau is an experienced advocate and solicitor who for decades has fought for native land rights. There is no reason why legislators like him — a Christian Bumiputera — should not be conferred the exalted role of Attorney-General in the Federal Cabinet.

Tommy Thomas, whatever his strengths, will continue to be burdened by concerns that have been ventilated through the alternative media. What is his record in prosecuting high profile criminal cases? How fluent is he in the national language which is after all the principal language in the administration of justice in our country? Why did he abandon the nation in the wake of the 1987 ISA swoop and the 1988 judicial crisis when some of us went to jail and campaigned against great odds for justice for the sacked judges?

Chandra Muzaffar is the Chairman of the Board of Trustees of Yayasan 1Malaysia.

3 thoughts on “The Attorney-General – The Promise and the Reality”