From KIT to Fellow Malaysians

COMMENT by Din Merican: What Plan do we really need, Mr Lim Kit Siang?  I heard that before from UMNO-BN government which ruled Malaysia for 60+ years. It is like old wine in a new bottle. 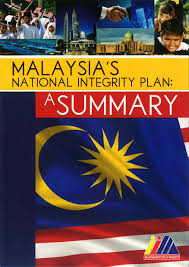 Over the years we have had masterplans galore, and all sorts of commission reports, reports from the Auditor-General  and other consultant studies. On Integrity, we even have a National Integrity Institute (NII) funded by taxpayers’ money and Mr. Paul Low as Integrity Minister  was supposed to oversea the Institute and MACC (Malaysian Anti-Corruption Agency).

Nothing happened. I am sure like MACC, NII is still around, although I have not heard much about its activities. MACC, on the other hand, is spewing hot lava. It is pointless to have another plan if we do not have the political will and courage to implement them. Will the Pakatan Harapan government be different?

The Harapan government should revisit the National Integrity Plan which is gathering dust, study it and prepare a detailed action plan for its implementation with specific timelines and targets so that the plan can be scrupulously monitored.

Funds should be allocated to schools where children can be taught ethics and civics so that they can grow up into upright, honest and responsible citizens. Invest in our young via values-centered education.

My advice is that you should avoid being like the regime which you unceremoniously just booted out of office on May 9, 2018. Please stop talking too much and raising expectations, and start doing more if you want to remain in power for the long haul.–Din Merican

New Malaysia needs a National Integrity Plan which will transform Malaysia from a global kleptocracy into a leading nation of integrity within 10 years.

This National Integrity Plan for a New Malaysia should be debated and adopted by Parliament.

We should see results in the National Integrity Plan for a New Malaysia hopefully in the Transparency International (TI) Corruption Perception Index (CPI) 2018 but steady and solid improvements in TI CPI 2019 without any turning back or the MACC Chief Commissioner and the members of the various anti-corruption monitoring bodies must assume personal responsibility to Parliament and the nation.

Under the Transparency International (TI) Corruption Perception Index (CPI) 2017, Malaysia plunged to the lowest TI CPI ranking in 23 years – No. 62 out of 180 countries.

The history of the 23-year annual TI CPI from 1995-2017 shows that Malaysia had stagnated and even regressed in integrity and principles of accountability and good governance in the past two decades as compared to some countries, like China and Indonesia, which had made significant improvements with steady strides.

If Malaysia had made a decimal improvement in the TI CPI score of 0.1 point each year the past 22 years, Malaysia’s present score would have been 7.58, or roughly translated into 75.8 out of a scale increased from 10 to 100, which would have placed Malaysia in the rank of No. 16 out of 180 countries.

Unfortunately, Malaysia’s 2017 TI CPI ranking and score had worsened, ranked No. 62 out of 180 countries with the TI CPI score plunging further down below the midpoint to 47/100 in the revised scale from 0 (highly corrupt) to 100 (very clean).

If China continues to improve its TI CPI score at the annual average rate of 0.84 points (old scale) in the past 23 years, China would overtake Malaysia in both TI CPI ranking and score in eight years time (41 + 6.7 = 47.7) without Malaysia regressing further in TI score (which is a tall order under Najib’s global kleptocracy!).

In the past 23 years, Indonesia’s improvement on the TI CPI score is lower than China, making an average annual improvement of 0.76 (old scale). Without Malaysia further regressing, Indonesia will overtake Malaysia in both TI ranking and score in 14 years time, when it would have registered a score of 37 + 10.6 = 47.6. 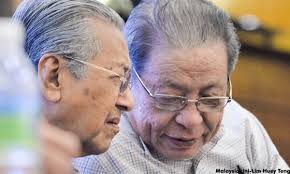 I do not want to see China and Indonesia slow down in their upward climb up the TI CPI ranking and score, but Malaysia must improve substantially so that we not only eradicate the “kleptocratic” label but become a leading nation of integrity by being among the first top countries of integrity in the annual TI CPI.

To do this, we must not only get to the bottom of the 1MDB scandal, “kleptocracy at its worst”, and other major corruption scandals involving MARA, FELDA, Tabung Haji, even more important, we must introduce structural and institutional reforms as well mind-set changes throughout our society so that we have a zero-tolerance for corruption.

(Media Statement in Kuala Lumpur on Thursday 31st May 2018)