Malaysia: Exorcising racism from our institutions

If the Mahathir 2.0 Government is serious about reforming Malaysia exorcising racism and racial discrimination from our nation’s institutions is the primary and most significantly transformational change it needs to bring about.

It is promising that UMNO and MCA have recently mooted the idea of opening their party doors to all ethnic communities. After 61 years of racially based political parties and policies, this is progress. If the new Government is serious about reforming Malaysia, exorcising racism and racial discrimination from our nation’s institutions is the primary and most significantly transformational change to bring about. 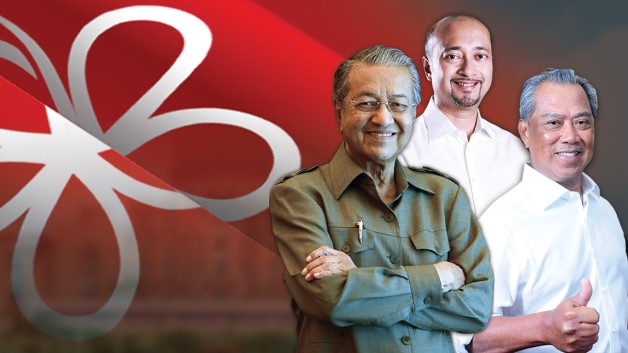 The first reform is certainly to call an end to race-based political parties. And logically, once we ratify the International Convention on the eradication of racial discrimination (which we haven’t yet done), our race-based political parties will have to go. It would be a gracious example by the Prime Minister if he shows leadership by example and renames and reformulates his “Pribumi” party into a multi-ethnic one. If all the erstwhile race-based parties can do that, then our country will be truly on the way to building one nation.

The second essential reform will be to replace race-based policies with needs-based measures that truly benefit the lower-income and marginalized sectors. The NEP was supposed to end in 1990 but has become a populist never ending policy to win over the Bumiputras while benefiting mainly the political elite. It makes democratic and economic sense to utilise taxpayers’ resources wisely so that poor rural Malaysians are assisted based on need in their particular economic sectors. The ethnic Indian working class and the indigenous peoples in both East and West Malaysia are among the poorest communities in Malaysia; the former and the Orang Asli cannot rely on “Bumiputera” privileges, while the indigenous peoples of East Malaysia do not enjoy the same amount of state largesse as the Malays in West Malaysia even though they are categorized as Bumiputeras. Thus, only a needs-based approach can solve the endemic problem of sectoral poverty and marginalization.

It is heartening to see the calls for reviewing the BTN. Racism has been thoroughly infused in all the national institutions, including racist indoctrination of ‘Ketuanan Melayu’ (Malay dominance) in state institutions such as the BTN which has been well known for years. There are other public institutions crying out for reform.

The national broadcasting authority, RTM should not be expected merely to “shape up” as the new Minister has recently warned them. After 61 years of Government propaganda and exclusion of the Opposition and cultures considered to be “mainstream”, we expect a truly independent broadcasting authority which is fair to all Malaysians. This means that RTM must be accountable to Parliament and not the Information Minister. This institutional reform is crucial. A parliamentary committee assesses RTM’s performance, its content and output, ensures fair and effective competition and regulates how its commercial activities interact with its public services.

The RTM Board needs to be headed by a respected, non-partisan and creative Chairperson with other directors of similar qualities including a Director-General and Editor-in-Chief. This Board is responsible for setting the strategic direction for RTM; establishing its creative remit; setting its Budget; determining the framework for assessing performance.

After so many years of mediocre and partisan fare, dare Malaysians dream of a national broadcasting authority that is as independent, creative and dynamic as the BBC?

Merit and diversity in public institutions

Today, with the lack of ethnic diversity in the Bumiputera dominated institutions such as Mara, UiTM, the civil and armed forces, it is surely time that recruitment and promotion in these services be open to all ethnic groups based on merit if we are serious about inter-ethnic integration and promoting excellence. In fact, a common complaint in these Bumis-Only institutions is that there is not enough competition which leads to complacency and mediocrity.

Any affirmative action must be based on need by under-privileged sectors and class and NOT on race while a means-tested sliding scale of education grants and loans should be instituted for all who qualify to enter tertiary institutions regardless of race, religion or gender. I dare say this inclusiveness of our public institutions will produce a new attitude, energy and drive to spur our nation to greater heights.

“Hate crimes” are criminal acts committed as intimidation, threats, property damage, assault, murder or such other criminal offence. Hate crimes violate the principle of equality between people and deny their right to achieve full human dignity and to realize their full potential. Their negative impact on the greater community cannot be emphasized enough. In order to nip this tendency in the bud, “Incitement to racial hatred” needs to be made a criminal offence. This includes attempts to deliberately provoke hatred against a racial group; distributing racist material to the public; making inflammatory public speeches; creating racist websites on the internet; inciting inflammatory rumours about an individual or ethnic group, in order to spread racial discontent.

In Malaysia, an Equality Act and an Equality & Human Rights Commission are needed to specifically deal with hate crimes and incitement to racial hatred. We already have a National Human Rights Commission (SUHAKAM) which can extend its jurisdiction to incorporate an Equality Commission for after all, equality is an intrinsic part of our human rights. Its work would be to encourage greater integration and better ethnic relations and to use legal powers to help eradicate racial discrimination and harassment. Thus, its ambit would cover racist stereotyping in text books and the press; racial discrimination in the public sphere, employment, education, social services, advertisements. Such an independent commission would be empowered to issue codes of practice and be invested with powers to conduct formal investigations and to serve notices to furnish information or documents in order to enforce the law.

Finally, for an administration to convince Malaysians that it is genuinely keen to institute reforms for better ethnic relations and equality, our country should immediately initiate moves to ratify the Convention on the Elimination of Racial Discrimination (CERD) and the International Covenant on Civil & Political Rights (ICCPR).

The road toward uniting the Malaysian peoples is through a concerted effort for greater democracy not only in the political realm but also in economic, educational, social and cultural policies. The basis of unity rests fundamentally on the recognition of the equality of all ethnic communities.

Dr. Kua Kia Soong is the adviser for SUARAM.

11 thoughts on “Malaysia: Exorcising racism from our institutions”