When will  messy 1MDN Scandal end and Justice done?

The 1MDB scandal had haunted the administration of Najib Razak after first coming to light in 2015. Now there is a new sheriff in town, the public is on the edge of its seat as it watches the wheels of justice begin to turn.

The late night raid is not a new phenomenon in Malaysian politics. It happened in 1998 to then Deputy Prime minister Anwar Ibrahim. But while that raid stoked the fires of the Reformasi movement, the recent Police lockdown of embattled former Prime Minister Najib Razak’s house saw the electorate rejoicing.

The Police began searching all of Najib’s properties last week as part of an investigation into the 1MDB financial scandal which has haunted the former Prime Minister since 2015. Investigators in several countries have alleged US$4.5 billion was stolen from the state investment fund that was set up by Najib himself in 2009.

During the election that removed Najib and the ruling Barisan Nasional coalition, 1MDB was a major talking point for the newly installed Pakatan Harapan government. It hammered the issue when canvassing in a country where cost of living is a big concern for many.

The scandal first came to light when reports emerged that investigators had traced US$680 million from the fund sent to Najib’s private account. Cash from the fund was meant to be spent on infrastructure ventures, but mounting evidence suggested money was being siphoned off for political and personal purposes, including allegedly into Najib and his family’s coffers.

As Prime Minister, Najib agreed to cooperate with an investigation – but only after sacking the Attorney Ggeneral, Abdul Gani Patail. He was subsequently cleared of all wrongdoing, with the Malaysian Anti-Corruption Commission (MACC) claiming the funds he received came from Arab benefactors.

In 2016 and 2017, the US justice department filed a series of forfeiture suits to seize assets valued at US$1.7 billion – including yachts, Picassos, luxury homes, jewellery, a private jet and cash set aside to produce Hollywood films.

Malaysian PM Mahathir begins big government clean up, but is his ruling coalition in a mess?

Malaysian financier Jho Low – known for trying to woo Paris Hilton and giving lingerie model Miranda Kerr extravagant jewellery – was ordered to turn over one such asset, the US$250 million superyacht Equanimity, to the US authorities two weeks ago.

Justice department documents say officials managing 1MDB embezzled and laundered US$4.5 billion between 2009 and 2014. The money trail crosses about 10 countries and several offshore accounts in Switzerland and the British Virgin Islands. Besides Low, the lawsuits named Riza Aziz – Najib’s stepson – and “Malaysian Official 1” or MO1, which is widely believed to be Najib. And now the fund is saddled with billions of US dollars of debt – taken on via bonds sold by Goldman Sachs, the principal on which will be due in 2022. 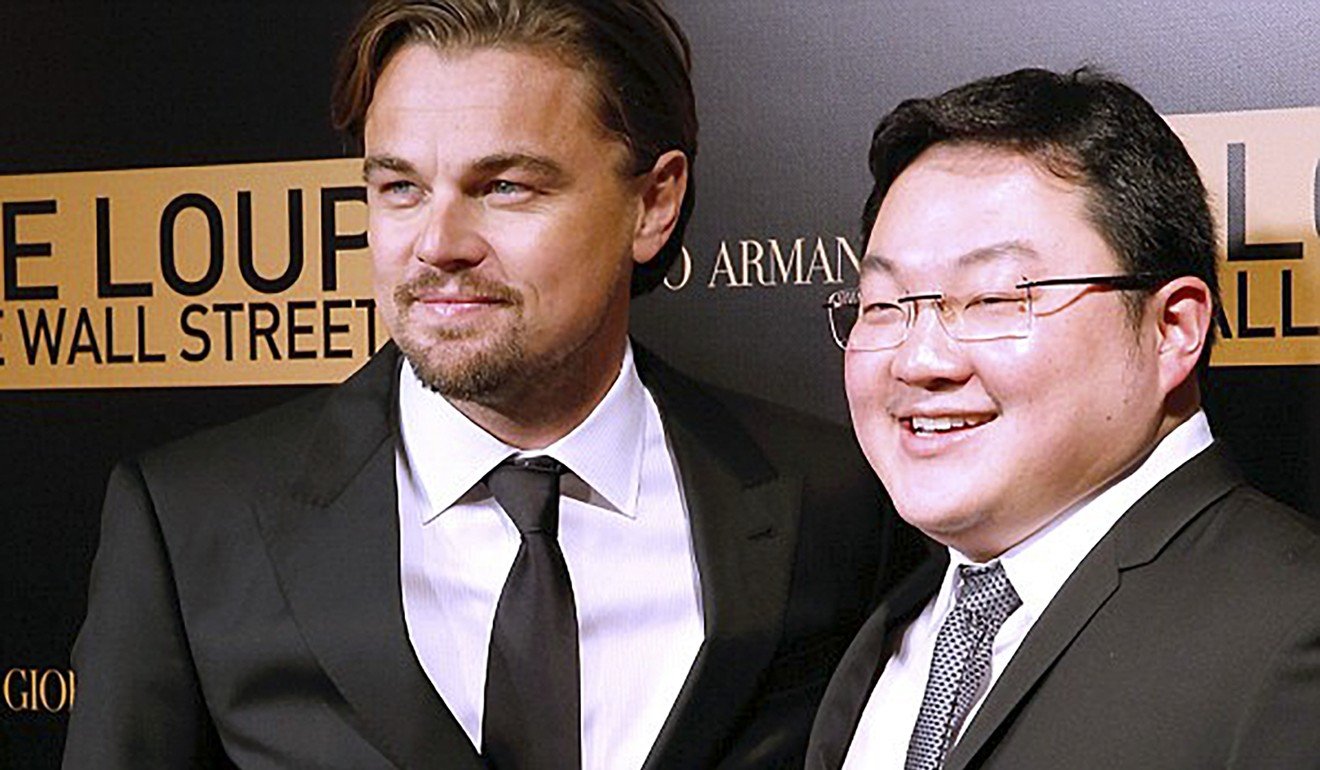 Justice department documents say officials managing 1MDB embezzled and laundered US$4.5 billion between 2009 and 2014. The money trail crosses about 10 countries and several offshore accounts in Switzerland and the British Virgin Islands. Besides Low, the lawsuits named Riza Aziz – Najib’s stepson – and “Malaysian Official 1” or MO1, which is widely believed to be Najib. And now the fund is saddled with billions of US dollars of debt – taken on via bonds sold by Goldman Sachs, the principal on which will be due in 2022. 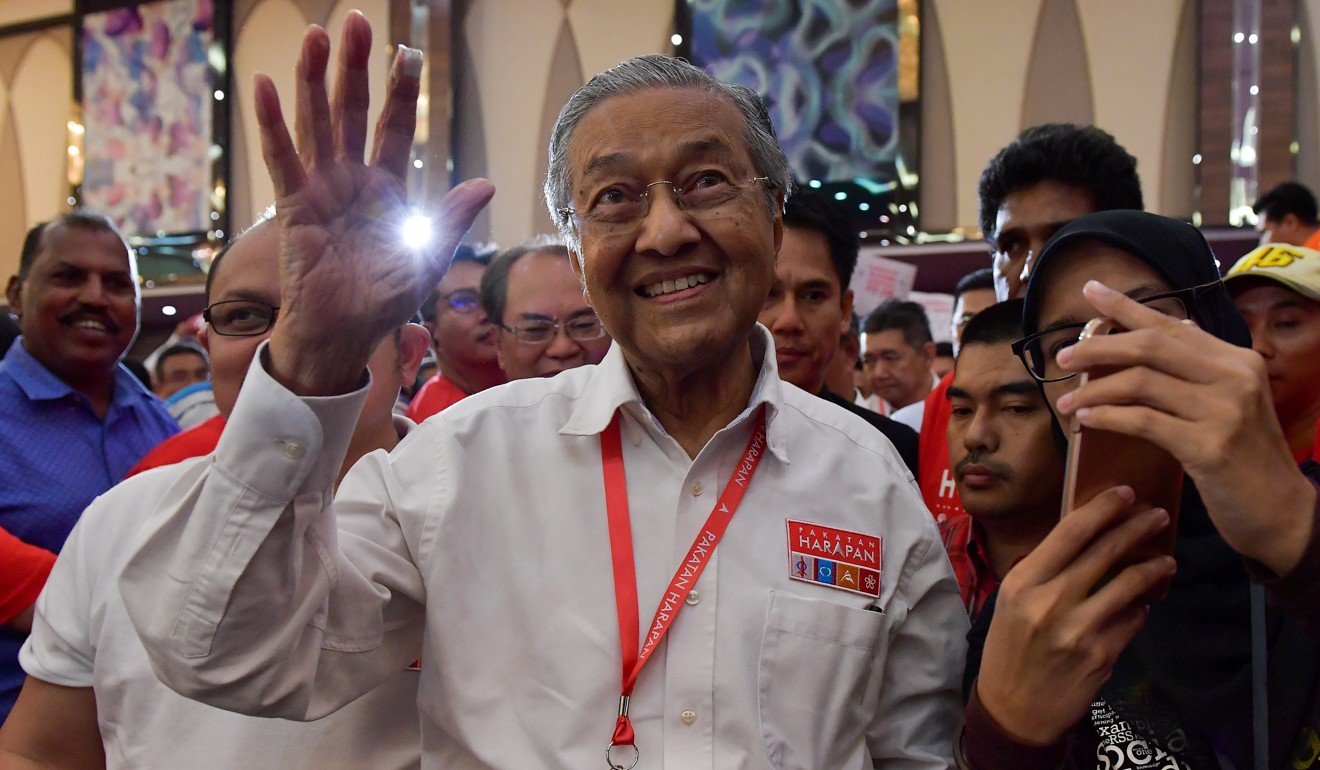 Malaysia boleh: Mahathir’s return to power is more than a palace coup. It is a new era of hope

The political backlash, although not immediate, has gathered its own momentum: members of Najib’s own party began filing police reports, his detractors, including Deputy Prime Minister Muhyiddin Yassin, formed a new political party helmed by former and current Prime Minister Mahathir Mohamad, and the Barisan Nasional coalition was toppled after 61 years in power.

Pakatan Harapan is pursuing those responsible, now with the full force of government behind them.

The Malaysian public has been stunned by revelation after revelation, beginning with the raids of Najib’s residences, which led the confiscation of 284 boxes of luxury handbags, massive amounts of jewellery, and stacks of cash totalling US$28.6 million – which Najib dismissed as campaign donations.

With all the heat coming down on the former prime minister, Najib has asked for witness protection, saying he was the target of death threats from foreigners linked to 1MDB. Following the raids, Najib was questioned for several hours by the MACC, while the newly minted finance minister, Lim Guan Eng, told reporters that the fund’s directors had confirmed its insolvency and inability to pay its debts. 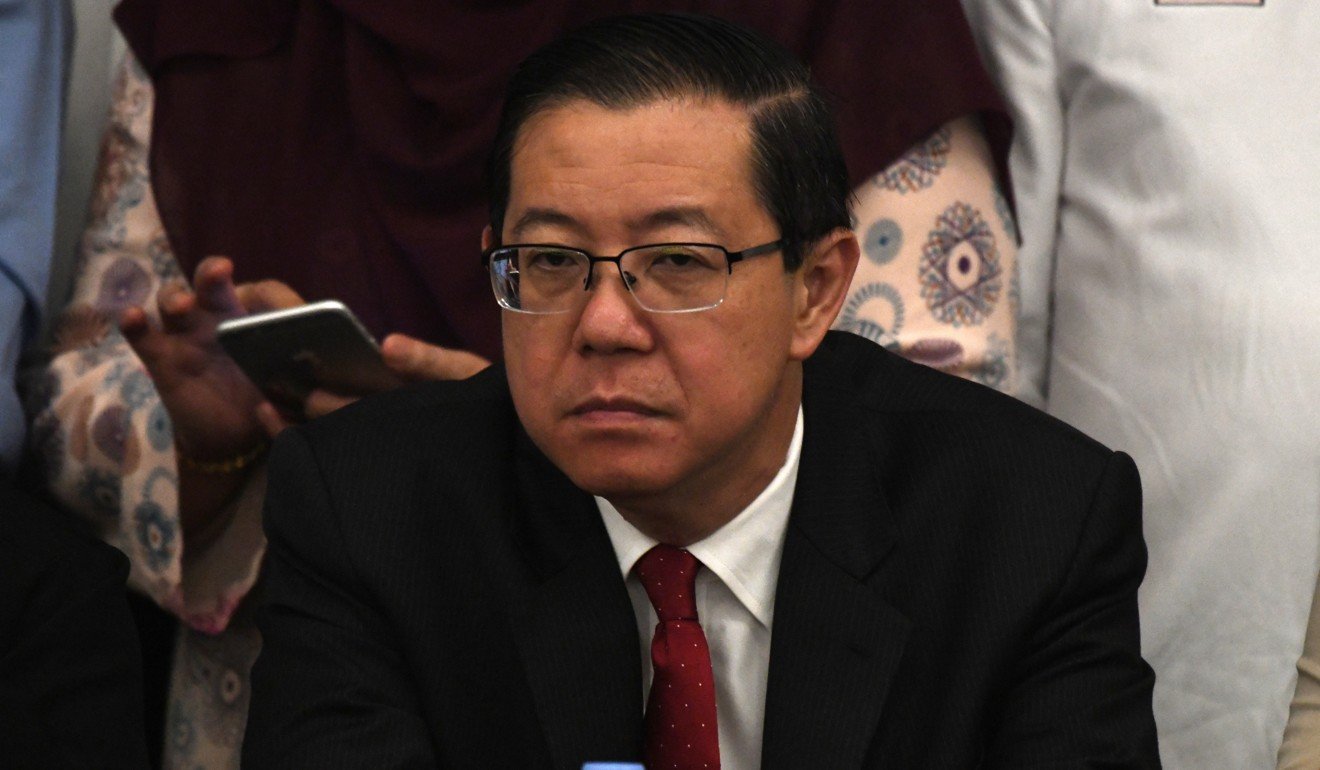 The big reveal of this week though was not just that 1MDB has been gutted, but that the previous government had used the country’s main sovereign wealth fund, Khazanah Holdings, and the central bank to pay off 1MDB debt – meaning the infestation had spread across the system, potentially contaminating these other pillars of the Malaysian economy.

In a strongly worded statement Lim called 1MDB Director Arul Kanda “utterly dishonest and untrustworthy, and instructed the legal advisers to the Ministry of Finance to review his position as the president of 1MDB”.

Kanda reiterated claims to This Week in Asia that Lim had cast him in a bad light, but refused to comment further.

James Chin, the Director of Asia Institute Tasmania think tank, said 1MDB was now being clearly presented to the Malaysian public as “a scam”. He noted that the ramifications of the meltdown would probably affect all large government projects and government-linked companies.

“In terms of impact, this whole mess reaffirms what we know already: there is monkey business at the top of the [Barisan Nasional] food chain. The only difference is the scale, which we won’t know until the final audit. Mainly however, the layer of governance in federal and state projects and borrowings will be more closely studied by the markets, which is a good thing.”

A task force set up by Mahathir soon after he was elected to investigate 1MDB and reclaim its assets met US justice department and FBI officials on Thursday. The task force said US officials revealed that their requests from the past two years for the MACC and the attorney general’s office to cooperate in their investigation had been ignored.

The Singaporean Commercial Affairs Department and the Monetary Authority of Singapore said they were prepared to help Malaysian authorities with the investigation. The authority has fined eight banks and shut down Swiss private banks BSI and Falcon in Singapore, jailing several, after its own probe into 1MDB. Meanwhile, Xavier Justo, a Swiss citizen who first blew the whistle on alleged impropriety at the fund, told Malaysian newspaper The Star that he would testify in any 1MDB-related trial.

Najib, who is banned from leaving Malaysia, has stoked public anger through a series of mistimed statements, including describing himself as unemployed despite still drawing a salary as a Member of Parliament. He also complained about Police helping themselves to chocolates in his fridge during the raid, and accusing Mahathir of only telling “half the story”.

“Words said and allegations made while in the opposition carry a very different weight now that you are in power and holding the positions of the finance minister or the prime minister,” he said, accusing the new government of slander.

Lim retaliated by detailing how the new government had discovered federal debt had reached US$250 billion; a combination of official debt, government guarantees for entities unable to service debts, and lease payments for projects such as roads and schools.

Mahathir also remained undeterred, saying he would not strike a deal under any circumstances with Najib, his former protégé turned rival.

And while Najib enjoys immunity as a former head of state, Mahathir can revoke it at any time, said lawyer Surendra Ananth, co-chair of the Malaysian Bar Constitutional Law Committee.

Political analyst Khoo Kay Peng said pursuing justice over the 1MDB financial scandal was Pakatan Harapan living up to its election pledge. “Individuals and companies that benefited from 1MDB funds could be raided too. It is going to be a long-haul process and require a lot of manpower from MACC.” ■

3 thoughts on “When will messy 1MDN Scandal end and Justice done?”