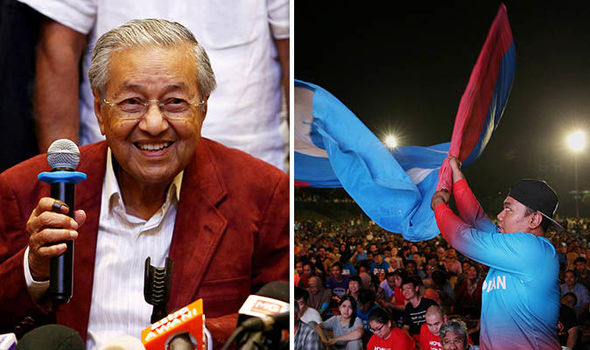 The defeat of the national ruling coalition (UMNO-led Barisan Nasional) in Malaysia was a remarkable political event.  But now seriously difficult work has to begin if the country is to regain its onetime position as one of Southeast Asia’s most attractive economies and indeed rebuild parliamentary democracy itself.

Virtually all of the country’s institutions have been debased, lots of them by Mahathir Mohamad, the 92-year-old former Prime Minister who has been greeted as Malaysia’s savior. In the atmosphere of relief and triumph that has swept Kuala Lumpur since the May 9 election, it is worth a look at how far the country has to go.  As Germany learned after the fall of the Berlin Wall in 1989, rebuilding is a daunting job.

It was Mahathir, for instance,  who, prior to the 2013 national election, made his first break with the now deposed Prime Minister Najib Razak because he felt Najib wasn’t favoring ethnic Malays enough and was too easy on the ethnic Chinese.  Mahathir led his own nationwide tour built on Ketuanan Melayu, or Malays first, with a firebrand named Ibrahim Ali who stopped just short of threatening violence if the opposition prevailed in that election.  He hasn’t instilled a lot of confidence by saying he would restore press freedom — which he largely destroyed in his previous prime ministerial stint — but expects to retain the “fake news” bill put into effect right before the May 9 election. Other party leaders are former Finance Minister Daim Zainuddin, former Information, Communication and Culture Minister Rais Yatim, and Rafidah Aziz, the former Trade and Industry Minister. Its newest members are renegades who quit UMNO .  They have vowed to give up Malays-first politics and Rafidah herself in May made a speech saying she had “always hated racial politics.” 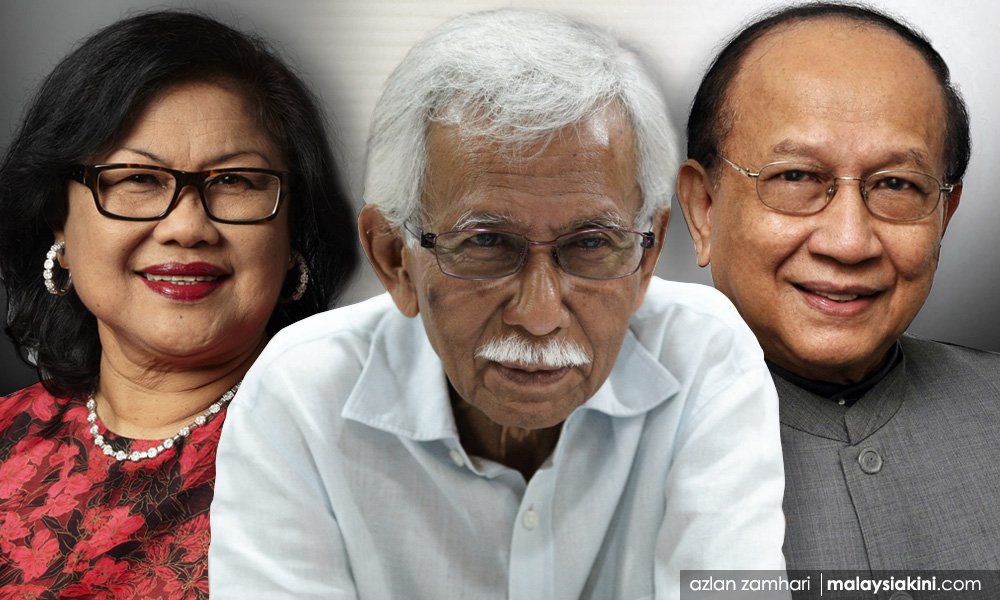 All of them may have changed their ethnically-oriented political spots, as Mahathir says he has. If they have, it is an extraordinary turnaround. It remains to be seen, for instance, how they, so recently in Malays-first mode, will interact with the Chinese-dominated Democratic Action Party. Rafizi Ramli, the Secretary-General of the opposition Parti Keadilan Rakyat, headed by the jailed Anwar Ibrahim, has already complained that Mahathir is making decisions without consulting the three other parties in the Pakatan Harapan coalition.  Rafizi was immediately told to shut up by his colleagues.  But Rafizi may be remembering Mahathir as the autocrat he was as Prime Minister.

The country’s judges, all the way up to the Federal Court, the country’s highest tribunal, presumably will now have to relearn jurisprudence from top to bottom, or almost the entire judiciary is going to have to be sacked. For example the prosecution of Anwar Ibrahim on bogus charges of homosexual activity that were clearly flawed. The complaining witness appeared to have been coached by Najib and his wife. Two hospitals found no evidence his anus had been penetrated. A full 50 hours elapsed before he found a hospital that would agree he had had sexual contact. DNA evidence that was supposedly Anwar’s was ruled by a lower court to be flawed.  Anwar had a convincing alibi.

Nonetheless, the high court convicted Anwar in a case roundly condemned by international human rights organizations. That is only one of 30 years of skewed judicial decisions that began after Mahathir sacked Tun Salleh Abbas, the Chief Justice,  in 1988.  Presumably it is up to Mahathir, who has been on the receiving end of warped judicial decisions when his Parti Pribumi Bersatu was outlawed on a dubious technicality shortly before the election, to put the Judiciary right again.

The same goes for its Police Force, which showed little zeal in investigating a long string of crimes including the death of Kevin Morais, a deputy public prosecutor connected to the Malaysian Anti-Corruption Commission, whose body was found in a cement-filled oil drum in a river. Morais is believed to have been a major source for Clare Rewcastle Brown, whose Sarawak Report has excoriated Najib for the 1MDB affair with deeply researched and sourced allegations of corruption.

A report on corruption, apparently largely written by Morais, disappeared in 2016 – along with the previous Attorney General, Abdul Gani Patail – who was replaced by Mohamed Apandi Ali, an UMNO lawyer, and promptly said there was no wrongdoing connected to 1MDB.

The Malay business community has largely depended for its success on having its snout in the public trough. Some of the country’s biggest companies are linked directly to the political parties. Presumably, if good government is to prevail, many of these contracts will have to be unwound, particularly for infrastructure spending. Will the companies now have to learn to compete on a level playing field, or will they seek out sympathetic figures in the new administration?

Other institutions that face wrenching change are all of the mainstream media including the two leading English-language newspapers, The Star and The New Straits Times, which are still owned by the Malaysian Chinese Association and the United Malays National Organization (UMNO) respectively and the superstructures of the newspaper remain in the hands of those two political parties. Utusan Malaysia, also owned by UMNO and which was virulently racist against ethnic Chinese and Indians still has the same editorial structure, as do all the other major television, radio and other media.  All have been bitterly opposed to the opposition for decades, with their slanted reporting increasing as the May 9 election approached.

The education system, again a creature that came into being under Mahathir, not only largely excludes minorities, forcing them to go overseas for higher education, but has resulted in what amounts to a free pass and graduation for ethnic Malays, a system in which striving is unnecessary. It has resulted in a largely uneducated population. The system, with all of its vested interests, is going to be extremely difficult to reform. But for the country to regain its competitiveness, it will have to be rebuilt.

Perhaps most difficult to fix is its religious institutions, particularly Islam, which have been bent to serve political ends, first by Mahathir and then by Najib as they exploited the delicate ethnic balance in the country to keep UMNO  in power. Through the newspapers and other media, they cast the Chinese as grasping and ready to take political power. Christians – which make up a sizable portion of the Chinese population as well as indigenous tribes in East Malaysia – have been demonized.

In 2017, a popular Chinese pastor, Raymond Koh, was kidnapped. He has never been found, nor has Joshua Hilmy, a convert from Islam, who was reported missing along with his wife, Ruth, who were reported missing in March.  Koh’s wife has questioned whether people in power were involved in his disappearance. Police investigations into the kidnappings have been described as lackadaisical.

Najib was on the edge of pushing through a law in Parliament that would have allowed Parti-Islam se-Malaysia, or PAS, to implement Shariah law, including prescriptions for seventh-century punishments, in the state of Kelantan, which it then controlled. PAS has now expanded its political hold to Terengganu as well. 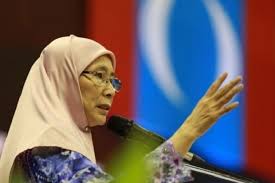 In a country where distrust of ethnic minorities has been ingrained for decades, particularly in the most recent one, rebuilding trust is going to be difficult. Learning to compete may be even more difficult. The Chinese are largely more dynamic than the Malays, especially since the Malays’ education system, their political system, their social institutions as exemplified in the affirmative action program known as the New Economic Policy,  have all conspired to give them a free ride.