GE-14–Polling Day for Malaysia is just around the Corner

The Malaysian strongman has played U.S. Presidents for fools.

Malaysians go to the polls on Wednesday, and in a normal democracy the ruling coalition of Prime Minister Najib Razak would lose in a rout amid scandals and widespread defections. But the latest polling suggests the opposition in this important Southeast Asian nation will again win the popular vote but fall short of a parliamentary majority.

This would be a repeat of the 2013 election, after which Mr. Najib carried on as Prime Minister and the leader of the ruling United Malays National Organization, or UMNO. The result would show how much Mr. Najib and his party have corrupted Malaysia’s democracy with gerrymandered districts, control of the media, and race-based demagoguery.

In 2015 this newspaper broke the news that nearly $700 million from the state-owned investment fund 1MDB transited through Mr. Najib’s personal bank accounts. He said the money was a legal political donation from a Saudi royal and that most of it was returned. Malaysia’s Attorney-General cleared him of wrongdoing, and no charges have been brought in Malaysia.

That didn’t stop six nations from investigating the laundering of $4.5 billion allegedly embezzled from 1MDB. The U.S. Department of Justice filed civil lawsuits to freeze more than $1.6 billion of assets, much of which was held by the friends and family of “Malaysian Official No. 1.” U.S. officials have told the Journal that Official No. 1 refers to Mr. Najib.

Initially the 1MDB case did not shake support for Mr. Najib and UMNO among rural Malays, who hold the balance of power in elections. Government control over the media meant most Malaysians were unaware of the details and heard only Mr. Najib’s denials.

But the scandal divided the UMNO elite, with several high-ranking officials leaving the party, including former Finance Minister Tun Daim Zainuddin. Former Prime Minister Mahathir Mohamad even joined the opposition coalition as its leader and has spread word of the missing money to the grassroots. He has also helped ethnic Malays overcome their mistrust of the opposition that includes ethnic Chinese.

Malaysia’s government clearly needs a housecleaning, and a growing share of its citizens agree. Mr. Najib took office as a modernizer and reformer in 2009, promising to abolish repressive colonial-era laws as well as racial preferences that benefit ethnic Malays. But amid the scandals he has fallen back on the old UMNO model of political patronage and harassment of critics in media and politics. The main opposition leader, Anwar Ibrahim, was jailed on trumped-up sodomy charges. 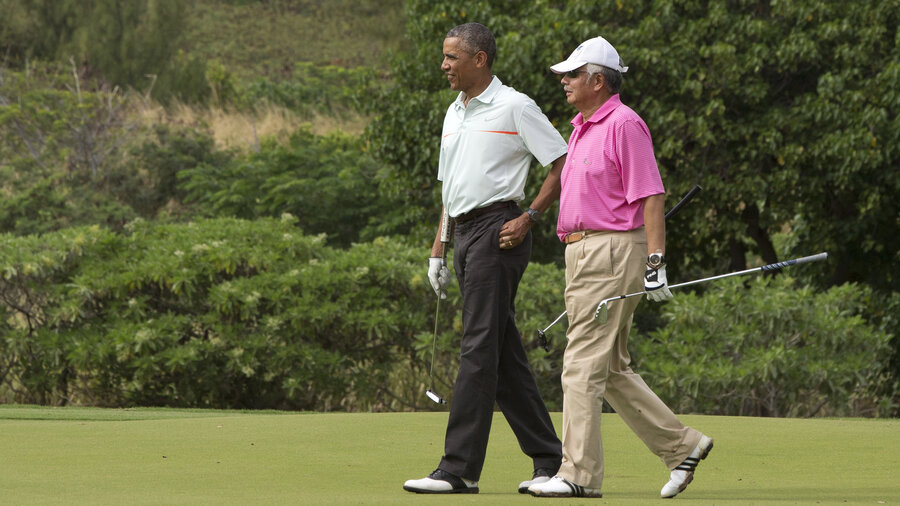 Mr. Najib has also been adept at manipulating American Presidents. Barack Obama indulged him in a round of golf in Hawaii in 2014 that became a useful photo-op in Kuala Lumpur. President Trump also got played when he invited Mr. Najib to the White House last year and praised him despite the “Malaysian Official No. 1” reference in the Justice lawsuit.

None of this helps American interests. If Mr. Najib wins again, he is likely to crack down further on civil liberties and continue his trend of appeasing China’s expansion in the South China Sea. Mr. Trump shouldn’t let himself be played for a fool again.

One thought on “Mr. Najib and Mr. Trump”