Prime Minister Najib Razak is fighting to stay in power, dogged by the continuing 1MDB scandal

Malaysia’s ruling party said on Saturday that it expelled two of its best-known members and began investigating a third for backing the opposition in Wednesday’s Wednesday’s national election, a fresh sign that Prime Minister Najib Razak might be facing a tougher-than-expected battle to stay in power.

The two politicians expelled from the United Malays National Organization or UMNO, Daim Zainuddin and Rafidah Aziz, as well as Rais Yatim, who is under investigation, are closely associated with Mahathir Mohamad. The former prime minister came out of retirement to lead an opposition coalition that aims to unseat Mr. Najib, his former protégé. 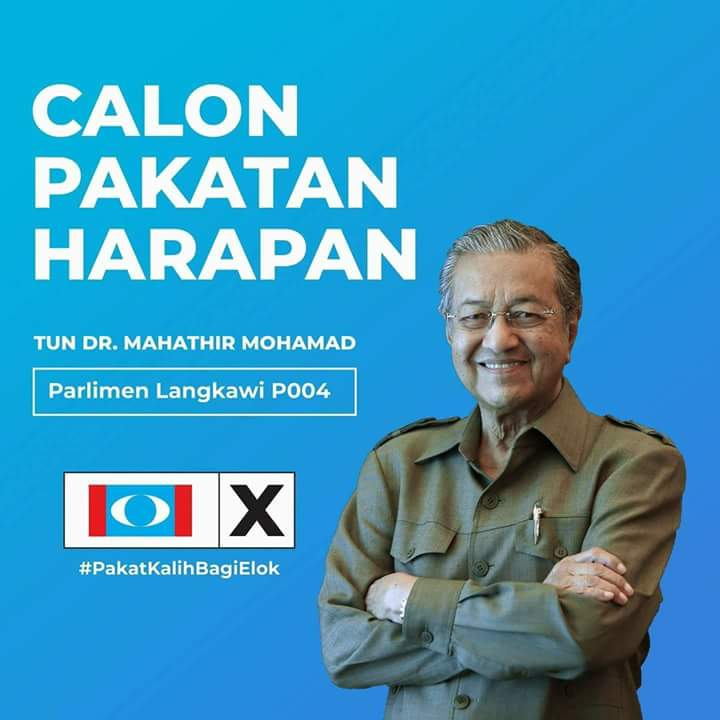 Now 92, Dr. Mahathir has blasted Mr. Najib for his management of the country, and particularly his handling of state investment fund 1Malaysia Development Bhd, or 1MDB. Dr. Mahathir and many others accuse Mr. Najib of skimming hundreds of millions of dollars from the debt-laden fund, which is the subject of several international investigations. Mr. Najib and 1MDB deny any wrongdoing.

Dr. Mahathir’s emergence at the head of the opposition has reinvigorated that movement and put UMNO on the defensive. Opinion polls suggest, however, that the party will be able to form a government, even if it loses the popular vote, as did in 2013.

Mr. Daim, Ms. Rafidah and Mr. Rais, all former ministers, have been openly critical of Mr. Najib in the election run-up and joined Dr. Mahathir at a huge rally Friday. Ms. Rafidah, who was Malaysia’s emblematic trade minister under Dr. Mahathir’s long premiership, urged the crowd to give him a “new contract.” She and Messrs. Daim and Rais didn’t respond to requests for comment Saturday.

UMNO officials said Saturday that they would take action against members breaking ranks, but the defections underscore divisions in the party feeding into uncertainty in formerly rock-solid strongholds. It comes at a time of increasing authoritarianism in Southeast Asia amid challenges on trade and security as the U.S. and China contest for influence in the strategically important region.

A prime example is on Sabah, an oil-and-gas-rich state on the northern tip of Borneo island on the South China Sea, lying near the troubled southern Philippines. Islamic militants from the Philippines have occasionally staged attacks in Sabah or tried to use it as a safe rear area.

The state delivers the third-most seats in Parliament and has long resembled a “fixed deposit,” as Mr. Najib put it, of support for the Front. In 2013, 22 of its 25 seats went to the governing coalition. Parliament has a total of 222 seats.

This time, the opposition in Sabah is being led by a former UMNO Vice President, Shafie Apdal, who quit the party in 2016 after Mr. Najib suspended him for being critical of the 1MDB scandals. Mr. Shafie later formed an opposition party in Sabah with opposition lawmaker Darell Leiking.

The opposition rallies in Sabah are heavily attended, including with younger voters who have increasingly been deserting UMNO. Supporters say they are looking for more autonomy for the state.

“I thank God I left UMNO. It was divine intervention,” Mr. Shafie said in an interview. “I have been observing the body language of people. It is very positive for us as the numbers coming out are very good.”

UMNO has been at the center of every Malaysian government since 1957, but it lost the popular vote in the 2013 elections to a resurgent opposition and allied parties in the long-ruling National Front coalition were reduced to insignificance. As the 1MDB scandal gained steam in recent years, Mr. Najib purged challengers and opponents.

James Chin, a Malaysian academic who heads the Asia Institute at the University of Tasmania, said that the most recent defection of former UMNO ministers who served under Dr. Mahathir showed that “more and more senior UMNO people are willing to challenge Najib at the polls.”

“On the other hand, the fact that all these people were in Mahathir’s cabinet gives the impression that May 9 is a fight between the old UMNO elite and the new UMNO elite,” Mr. Chin said.

—James Hookway contributed to this article.