GE-14: 4 days to go to Polling Day, May 9, 2018. Vote Pakatan Harapan and resoundly reject corrupt Najib Razak and his UMNO-BN

QUESTION TIME | 1MDB CEO Arul Kanda Kandasamy has launched a vitriolic, personal, and unwarranted attack against me which, of course, has no substance but let me deal with the most preposterous of his claims first – the so-called achievements he has made at 1MDB.

I have reproduced in full the “achievements” he claims since 2015 when he joined 1MDB in italics followed by my comments in each case:

1. Transparency: the company has become much more open, transparent and accessible, both to the media and to the public.

I wanted to roll around in laughter at this. Truth is, not one 1MDB annual report has been released since he came on board. Instead during his time, the auditor-general’s report on 1MDB was made secret under the Official Secrets Act, probably on his advice. He never told the government to make the report public.

These two documents are all that is needed to condemn or exonerate 1MDB.

2. Cooperation: full assistance and cooperation have been provided to investigators from Bank Negara, the National Audit Department, the Public Accounts Committee and the Royal Malaysian Police.

Did you have a choice, Arul? Are you not supposed to help investigations by the relevant authorities?  Would you not be contravening the law if you hid some things? So for you, abiding by the law is an achievement? 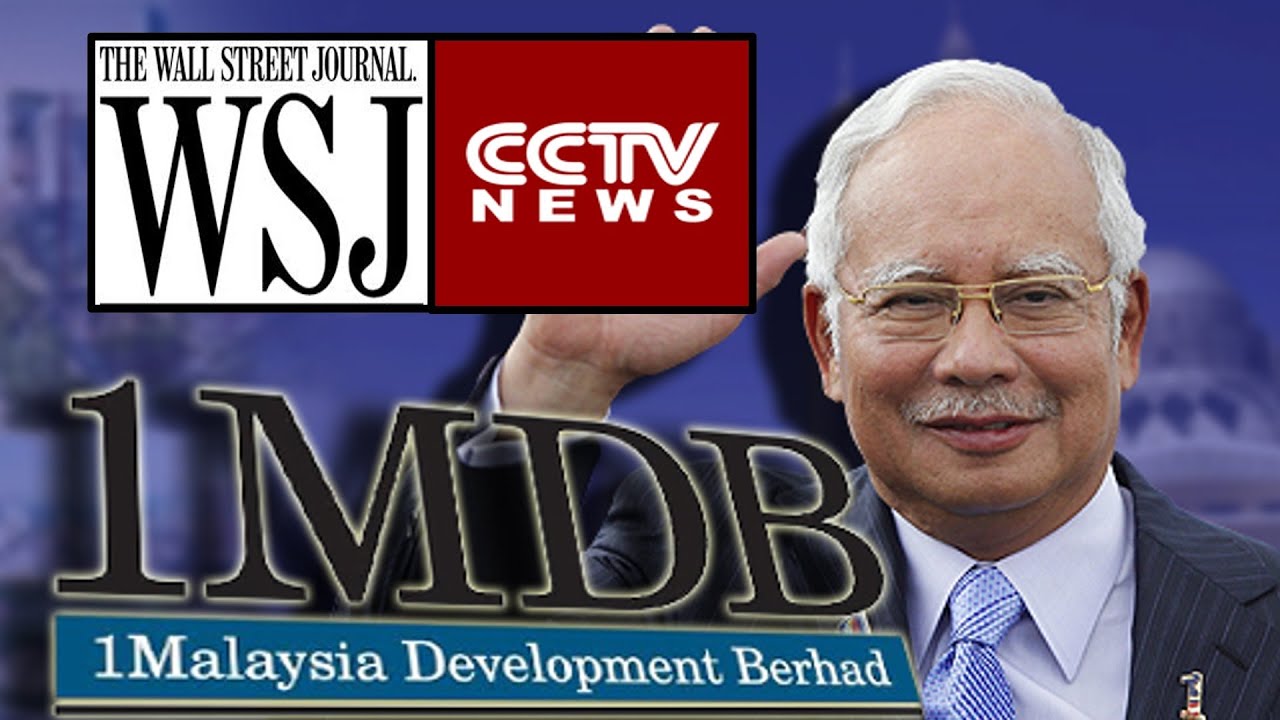 I already explained this in the last article I wrote. You did this by selling the power assets, extinguishing the bank loans. The sale simultaneously removes the loans from the books of the power companies. That’s nothing.

The excess of assets over liabilities is simply because of the revaluation of land obtained cheaply from the government in the first place for both TRX as well as Bandar Tun Razak, not because you did anything, Arul.

However, it has been widely reported that the auditor-general said that US$7 billion of 1MDB assets could not be accounted for or verified – almost RM30 billion gone missing, evaporated into thin air. Where is the money Arul, you have not told us yet.

5. TRX a success: the Exchange 106 Tower in TRX will be the tallest tower in Malaysia upon completion in 2018. International investors such as HSBC and Prudential have collectively committed billions of ringgit to their headquarters in TRX. Lendlease, one of the most well-respected global property developers is in a joint venture with TRX to develop 17 acres of land. 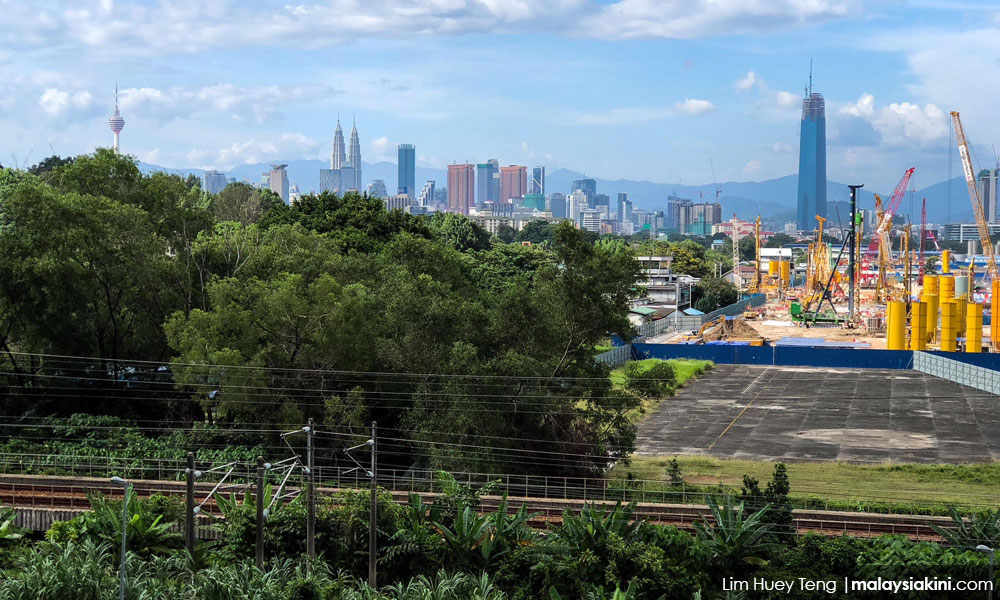 TRX was a ruse for 1MDB to borrow money and then have it allegedly stolen by the kleptocrats. There is no evidence to show that any money borrowed went to TRX – TRX does not need RM30 billion for development – all it needs to do is to sell the land for others to develop.

6. 30,000 high-income jobs will be generated in TRX, upon completion, with RM3 billion being spent on infrastructure in and around TRX.

This is, again, a lie. If you have a building, people will work in it especially if you force them to move here, but that does not mean you created those high-paying jobs. Instead, by building so much of commercial space – too much – you will create excess and cause a glut in office supply. Go read the Bank Negara report on that, Arul.

7. Bandar Malaysia relocation completed: practically all of the eight new and upgraded bases for the air force and police with 1MDB as the developer and LTAT as the contractor are now completed thereby paving the way for the development of Bandar Malaysia.

Again, your bond money did not go into this project – it allegedly went into the pockets of your benefactors. All these could have been done without 1MDB and at much lower cost.

8. 200,000 high-income jobs will be generated in Bandar Malaysia, which will be a premier transport-oriented development and will house the terminus of the KL-Singapore High-Speed Rail link.

Again, this is a lie. High-income jobs are not being created. What happens is high-income earners will shift and work in this area, which is not the same thing. And you don’t need to lose RM40 billion in the process.

Want to know how to make RM90 billion from Bandar Malaysia? Read this article I wrote.

Now that the substance of this debate is over, we know that Arul, despite what he said, did not stick to the facts. Let’s move on to the vitriol and the personal attacks.

When I set up KiniBiz together with Malaysiakini in 2013, I was already 60 years old, and had been managing editor at The Star and group executive editor at The Edge. I had no desire to go any further than that in either organisation. Earlier I held other editor jobs and was head of equity research at local and foreign brokerages.

I lost money at KiniBiz, Arul, but I made no secret of the fact that KiniBiz was shut down – we announced it on the website. But it was not your money I lost or the country’s, and I am not defending someone else’s alleged robbery at 1MDB and thereby becoming complicit in that act the way you are. 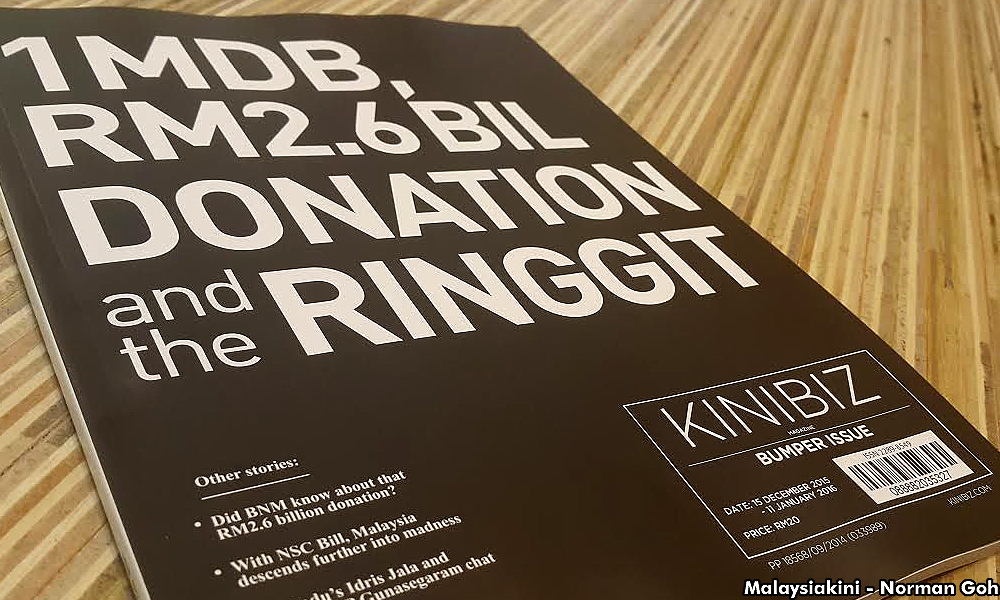 I am proud that my team and I tried to do something about good business journalism in Malaysia, although we could not, at the time, make it financially viable for various reasons. We were the ones who broke the 1MDB story in March 2013 as you very well know. We helped uncover this story which you are so desperately trying to bury – and we won’t let you do that.

This time, I am not going to mince my words about this excuse of a man who not only lacks, sorry, is devoid of, not only integrity and morality but intelligence. People tell me he is smart and a great debater but all I have seen demonstrated repeatedly is the stupidity and banality of the desperate, trying to cover up with words his lack of achievement.

He could have made an honourable career in the financial industry but was duped and drawn in as the CEO of 1MDB to do his master’s bidding of engaging in systematic deception to deny the biggest kleptocracy the earth has ever known. No amount of money is worth that, Arul.

While Jho Low was until recently sailing around the world in a billion-ringgit yacht, enjoying the spoils of the 1MDB money, this man sits here and blithely says 1MDB did not lose any money. What a clown!

And if Pakatan Harapan wins this election, you will see this man flee from this country with his tail between his legs. He will not have the balls to stay and face the music. Which is why he is campaigning so hard for his political masters for it is also his own future that he is fighting for.

For us Malaysians, we will say good riddance and chalk up one more reason we should vote against this government which continues to allegedly steal from its people and appoints ball-carriers to important positions in government-linked companies, which is a sure way to ensure they fail. 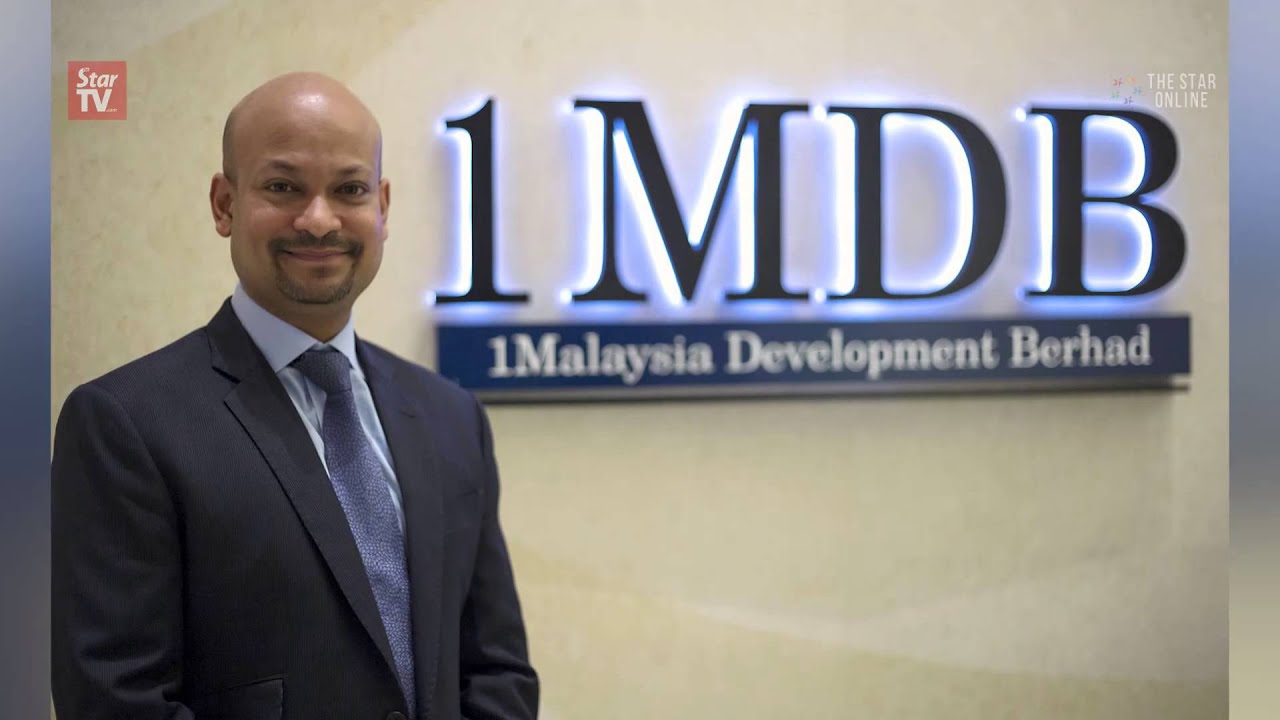 And if BN wins, you still lose Arul, because you lent your name to the biggest kleptocracy in the world and your support to an immoral, incompetent and corrupt regime. Your name will go down in the halls of shame but perhaps you don’t care about that, do you?

P GUNASEGARAM says the country is in danger when alleged thieves and their co-conspirators flaunt themselves in the open instead of being brought to account and locked up. E-mail: t.p.guna@gmail.com.