Joe Pundit explains why he has no other option but to give opposition parties a chance.

Malaysians will go to the polls soon. The 2018 general election will be a significant one in the country’s history: for the first time the Opposition will be led by a former Prime Minister. Like many of my fellow Malaysians, I have pondered over whom to vote for.

I have decided that I will vote for change. I will be voting for the coalition led by Dr Mahathir Mohamad for the following reasons:

1. We need a fairer electoral system

That we need a change is an option-less choice for me. If Malaysia is to evolve into a mature democracy, we need to have a two-party system.

Our present electoral system has to be changed and we should adopt a more democratic system based on proportional representation. There is too much gerrymandering when parliamentary constituencies are created and boundaries redrawn.

Only under a proportional representation system will the majority voices of the people be heard. In the 2013 General Election, the opposition coalition, Pakatan Rakyat, won 51% of the popular vote but could not form the government under the present first-past-the-post system.

Like in respected democracies, many Malaysians would like to see the chairman of the Public Accounts Committee coming from the Opposition and not the ruling party.

2. We need to overcome critical problems confronting the people

The escalating cost of living has hit the working and middle classes in Malaysia. Like many Malaysians, I am totally against the goods and services tax (GST) as it is painful towards those less well off. Taxes should always be discriminatory and not non-discriminatory.

The current government is not doing enough to tackle the problem of unemployment. Thousands of graduates are unemployed and many have to resort to driving Uber and Grab for a living.

Lack of affordable housing and security

Prices of houses and apartments in many parts of the country have soared beyond the reach of the middle class and the working class.

The crime rate is still high as seen by the increase in gated communities in the country.

Malaysians are also concerned about worsening ethnic polarisation and religious bigotry. The BN does not appear to be doing anything concrete to tackle this phenomenon, which is threatening the very fabric of our society.

The government should assist the people on a daily basis – and not just occasionally through Brim. I believe genuine assistance will be provided to the people under an opposition-led government.

Many Malaysians are of the view that an opposition-led government will implement more people-oriented measures e.g a RM100 season ticket providing unlimited travel for commuters.

With an opposition-led government government, we have a chance of moving towards a more egalitarian society – and the more we move in this direction the better for the people.

3. We need to wipe out scandals, corruption and wastage 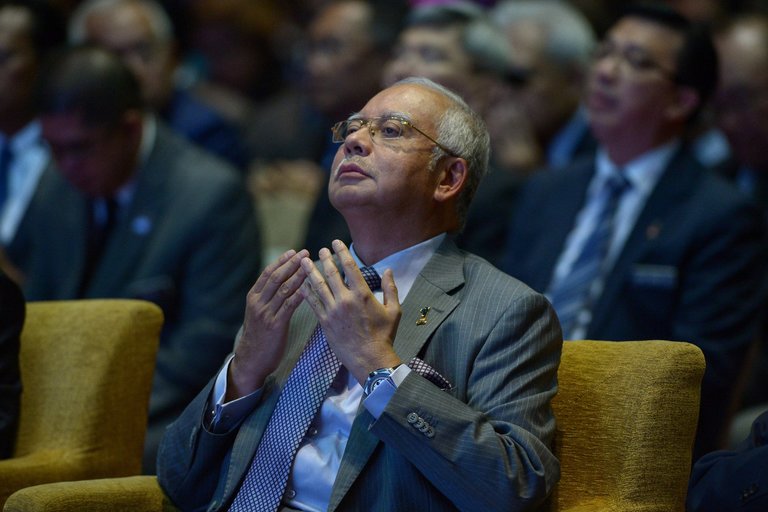 Many serious issues that have surfaced since the 2013 general election such as 1MDB, Felda Global Ventures and Mara’s purchase of property in Australia have raised critical questions that remain unanswered. No satisfactory explanation has been given by the government and no one at the top has been made accountable for these financial transgressions.

The level of corruption in the country is of deep concern to many Malaysians like me. Malaysia’s ranking fell sharply from 54th to 62nd position in Transparency International’s Corruption Perception Index for 2017. Many feel that the Malaysian Anti-Corruption Commission is not doing enough to combat corruption: it has to be made totally independent, reporting directly to Parliament.

Many Malaysians believe we should have an independent civil service without political interference. There is so much of wastage of public funds: just look at the number of civil servants, officials and others accompanying the prime minister and cabinet ministers on each overseas trip.

All tenders for all public projects should be transparent, and the tender committees for all major projects should comprise top civil servants and MPs from both sides of the political divide.

Malaysians must be given the chance to listen to live debates between the government and the opposition on television and radio ahead of the election. Only after listening to both sides will Malaysians be in a better positioned to make a choice.

By denying us the right to listen to both sides of the story, the government is telling us we unable to think rationally or vote wisely – which is an insult to the intelligence of Malaysians.

The BN has failed to introduce sweeping much-needed reforms in the country.

Malaysians will expect an opposition-led government to implement reforms in all major institutions such as the Electoral Commission, the civil service, the judiciary, and the armed forces so that institutions will remain independent of the government of the day. These institutions should only report to the King and Parliament.

Given the wealth and natural resources in our country, Malaysians deserve a better deal.

If opposition parties are elected to power and they fail to improve the political and socio-economic environment in the country, then I would be inclined to vote for the BN in the election after next.

Joe Pundit is the pseudonym of a keen political observer based in Kuala Lumpur.