“Global Britain” Is Already on Its Own

British voters’ decision to leave the EU may have been motivated mostly by domestic issues such as political dysfunction and immigration, but the costs of departure are being felt first on the foreign-policy front. The international response to the recent nerve-agent attack in Salisbury, England, suggests that the costs will be high. LONDON – British Prime Minister Theresa May has finally had a good crisis. Responding to the nerve-agent attack on former Russian double agent Sergei Skripal and his daughter Yulia in the placid market town of Salisbury, England, May projected strength – including to her fellow European leaders – by demanding that the Kremlin answer for the crime. As a former home secretary, security is clearly her strong suit, and she has now gone a long way toward repairing her tattered authority in Parliament.

Moreover, May also managed to reach an agreement with European Union negotiators on a 21-month transition period for the United Kingdom’s withdrawal from the bloc. And yet, despite May’s personal successes, this week might well be remembered as the moment when the foreign-policy costs of Brexit became clear. 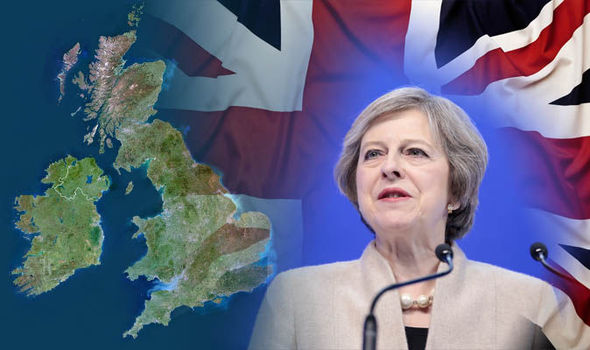 Until now, the British foreign-policy grandees and former ambassadors warning that Brexit will severely damage the UK’s standing in the world have been dismissed by much of the public as discredited elites and fear-mongers. Understandably, Brexit supporters have taken little notice of various straws in the wind heralding the direction their country will take. They are unmoved, for example, by the fact that, after losing a United Nations vote, their candidate pulled out of the race and the UK now has no judges seated at the International Court of Justice for the first time in 71 years.

Still, if that wasn’t enough to reveal Britain’s new loneliness, the use of a Soviet-era nerve agent on British soil certainly is. Though EU members have expressed their support for Britain and made assurances that Brexit will not disrupt solidarity or security, there are signs that this united front may, in fact, be just a front. The European Commission President, Jean-Claude Juncker, congratulated Russian President Vladimir Putin on his election to a fourth term – a move that rankled the UK. Greece and others also expressed some skepticism about the relationship with the UK as they arrived in Brussels for the European Council summit.

Across the Atlantic, US President Donald Trump also congratulated Putin. While he also condemned Russia for the Salisbury incident – a rare departure from the Putin-loving corner he has painted himself into – support for Britain on this occasion seems to have been motivated more by his political calculus than a deep sense of solidarity. After several days of deafening silence, Trump was under growing pressure to speak out. And on the whole, his unpredictability and transactional approach to alliances has already called into question Britain’s most important relationship outside Europe.

Beneath the surface, the international response to the Salisbury attack reveals alarming cracks in the UK’s position on the world stage. It is widely assumed that the UK’s weak response to similar incidents, not least the 2006 murder of the Russian defector and former spy Alexander Litvinenko, has convinced Putin that he can get away with such provocations. But Putin may also have anticipated the public outrage over the attack on the Skripals and calculated that EU member states with pro-Russian governments – namely, Hungary, Greece, and, soon, Italy – would veto any strong EU response. By this reasoning, Putin could drive an even larger wedge between Britain and Europe, thus advancing his longstanding goal of undermining European solidarity.

In any case, the UK’s isolation and vulnerability are now abundantly obvious. In its efforts to apply pressure on Europe, the Kremlin has identified Britain as a weak link. And those efforts go well beyond attempted murder on British territory. It seems increasingly likely that Russia also interfered in the Brexit referendum, as it did in the 2016 US election; and that Russian criminal elements have penetrated London’s financial and services sectors.

Britain is a beachhead in Russia’s strategy to undermine European security. Unfortunately, the territorial defense guarantee that comes with NATO membership does little good in a conflict conducted in the shadows through assassinations, cyber warfare, and criminal subterfuge. Nor does NATO membership help in responding to the Kremlin’s exploitation of European dependence on Russian energy, such as when it uses natural-gas supplies as a geopolitical weapon.

The decision by a slim majority of UK voters to leave the EU may have been motivated mostly by domestic issues such as political dysfunction and immigration, but the Skripal episode has made it clear that the costs of departure will be felt first on the foreign-policy front. The rest of Europe will sink or swim together in confronting Russian aggression. But the UK, having singled itself out, is a prime target for a dunking.

In recent years, Russian officials had already become increasingly derisive toward Britain’s presumptions about its international status and power. Like many observers around the world since the Brexit vote, the Kremlin does not look at the UK and see a country able to wield anything approaching global influence. Rather, it sees a country mired in nostalgia – easy pickings for destabilization.

In a sense, “Leave” voters were right that the EU is out of touch with the times, but not for the reasons they thought. One can debate whether the EU is a stale champion of the rules-based liberal international order. But what is now clear is that it is not ready for the emerging post-liberal order.

In the new order, strong states will throw their weight around with little care for the rules-based system that the EU has long epitomized. But at least the EU will have numbers on its side. Putin’s Russia will be just the start of post-Brexit Britain’s worries. The UK will also have to contend with China, Turkey, Egypt, Saudi Arabia, and even its most important ally – the US.

Just as Britain negotiates its exit from the EU, the consensus-based multilateralism of the post-war era is being supplanted by muscular nationalism. In this new schoolyard, only those with committed friends will be able to stand up to the bullies. Others will have no other choice than to cower and hope for the best.

Mark Malloch-Brown, a former UN Deputy Secretary-General, British cabinet minister and member of The House of Lords, is Chair of the Business and Sustainable Development Commission, and of Best for Britain, an organization fighting to keep the United Kingdom in the European Union.

4 thoughts on ““Global Britain” Is Already on Its Own”