We are now at the cusp of GE14, one of the most momentous political events that any of us will quite possibly experience in our lifetime. Rarely in the history of a nation has so much depended upon a single decision: who we vote for will quite literally decide the destiny of our nation.

UMNO-BN has now been in power for some 60 years. Like all political parties that have overstayed their welcome, they have become politically moribund. They have lost their way, their integrity, their credibility. They have neither the vision to inspire nor the moral authority to lead.

In almost every area of governance and leadership they have failed our nation.They have been extraordinarily incompetent and reckless fiscally, forcing our nation into levels of debt that were unheard of before. Billions of ringgit in public funds have also been looted with utter impunity or squandered through mismanagement and waste. GST is the price we are paying for their profligacy.

The 1MDB scandal, in particular, has been especially damaging to our nation’s international credibility, not to mention the loss to the nation’s coffers. More than 50 years of diplomacy promoting and positioning our nation has gone down the drain as a result.

It should be clear by now that they do not have the political will to eradicate corruption. When the system jails those who expose corruption and protects the scoundrels who rob us, you know the battle against corruption is over, and we’ve lost.

Under their watch, many of our once proud national institutions have been compromised or reduced to mere appendages of the ruling party.

Despite having amassed more power than any other administration since independence, they still feel vulnerable, still feel the need for yet more power, yet more limits on our freedom. Executive power is now so pervasive that we teeter on the edge of autocracy.

Can we trust a political party that has consistently abused their power with yet more power? Under their watch, our democracy has been hollowed out; gerrymandering and malapportionment have made voting itself increasingly meaningless. In fact, this might well be the last meaningful elections to be held in Malaysia if UMNO-BN is returned to power.

In the meantime, life continues to be a struggle for many. Twelve percent of our young people below 24 are unemployed; thousands of graduates cannot find jobs; the majority of young workers cannot earn enough to live decently. And while Kuala Lumpur has more millionaires than Abu Dhabi, 90% of rural, mostly Malay households, have zero savings. 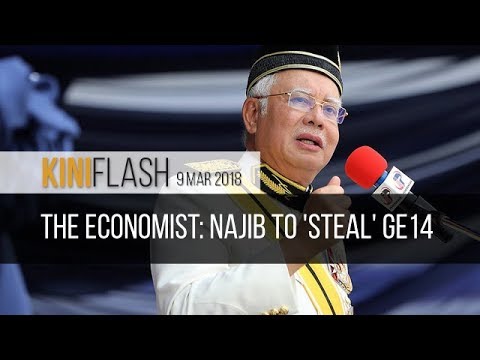 And this after 60 years of development, after decades of the NEP and other programmes.

For the very first time, we have a multiracial coalition [Pakatan Harapan] led by experienced political leaders who are genuinely able to unite our nation behind a vision for reform and renewal. They may not be on the same page on all issues but they are united on the things that matter most – respect for the constitution, rule of law, national unity and good governance.

As for Mahathir, there is every indication that he will honour his commitment to ‘reformasi;’ it is his last hurrah and he wants to get it right. In any case, Anwar, Mat Sabu and Lim Kit Siang will be there to ensure that no one hijacks the reform agenda.

It won’t be the end of the struggle to reform our nation but it could well be the beginning that we have long dreamed of.

It is going to be an uphill battle to unseat UMNO-BN but we are now closer than ever before. The future of our nation is in our hands. We must seize the moment and do everything in our power – campaign, donate, support and vote – to ensure victory.

Few nations get a second chance; this is our tryst with destiny and we must not squander it.