Malaysia: This is what happens when UMNO loses the Battle of Ideas–Clamp down the Internet 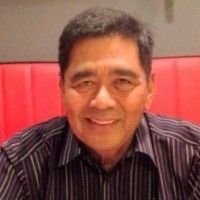 COMMENT: Does this UMNO Politician know the difference between right and wrong? If he does, he will not be a Najib Razak/M01’s horndog and Rosmah Mansor’s Nail Polisher. This observation applies to people like Paul Low and MCA, MIC and Gerakan Leaders. When the UMNO-BN government contemplates such an action, we know that it is desperate to curtail freedom of speech. It takes strength of character and moral courage as embodied in the person of an Anwar Ibrahim to stand up for your beliefs and speak the truth. –Din Merican

THE government will step in and restore order to the internet if bloggers and social media users fail to act responsibly, said Communications and Multimedia Minister Salleh Said Keruak.

“Don’t allow it to come to the stage where action needs to be taken against abusers of the internet and social media,” warned Salleh on his blog today.

He said the Malaysian Communications and Multimedia Commission may be asked to monitor social media.

He noted that bloggers and social media users had of late been acting recklessly in what they posted on the internet.

“This has probably intensified due to the upcoming general election where temperatures and sentiments are running high. We must not allow tempers to jeopardise the peace, harmony, and stability of Malaysia,” he said.

Salleh said that notwithstanding the laws controlling the abuse of social media such as the publishing of fake news, seditious and libellous postings, and so on, bloggers and social media users should be sensible and responsible enough to practice self-censorship.

“Why wait until the government needs to act or clamp down on the abuse of the internet? Malaysians know what’s socially acceptable and what’s offensive,” he said. – Bernama, March 6, 2018.

4 thoughts on “Malaysia: This is what happens when UMNO loses the Battle of Ideas–Clamp down the Internet”