Economists vs. Scientists on Long-Term Growth

Artificial intelligence researchers and conventional economists may have very different views about the impact of new technologies. But right now, and forgetting the possibility of an existential battle between man and machine, it seems quite plausible to expect a significant pickup in productivity growth over the next five years. 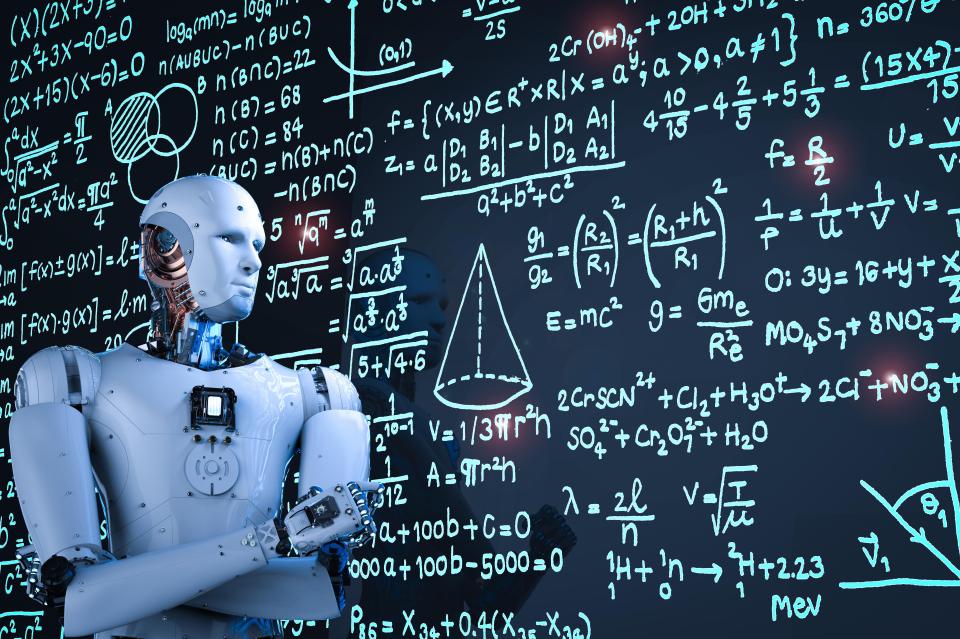 CAMBRIDGE – Most economic forecasters have largely shrugged off recent advances in artificial intelligence (for example, the quantum leap demonstrated by DeepMind’s self-learning chess program last December), seeing little impact on longer-term trend growth. Such pessimism is surely one of the reasons why real (inflation-adjusted) interest rates remain extremely low, even if the bellwether US ten-year bond rate has ticked up half a percentage point in the last few months. If supply-side pessimism is appropriate, the recent massive tax and spending packages in the United States will likely do much more to raise inflation than to boost investment.

It is hard to know who is right: neither economists nor scientists have a great track record when it comes to making long-term predictions. But right now, and leaving aside the possibility of an existential battle between man and machine, it seems quite plausible to expect a significant pickup in productivity growth over the next five years.–Kenneth Rogoff

There are plenty of reasons to object to recent US fiscal policy, even if lowering the corporate-tax rate made sense (albeit not by the amount enacted). Above all, we live in an era of rising inequality and falling income shares for labor relative to capital. Governments need to do more, not less, to redistribute income and wealth.

It is hard to know what US President Donald Trump is thinking when he boasts that his policies will deliver up to 6% growth (unless he is talking about prices, not output!). But if inflationary pressures do indeed materialize, current growth might last significantly longer than forecasters and markets believe.

In any case, the focus of economists’ pessimism is long-term growth. Their stance is underpinned by the belief that advanced economies cannot hope to repeat the dynamism that the US enjoyed from 1995-2005 (and other advanced economies a bit later), much less the salad days of the 1950s and 1960s.

But the doubters ought to consider the fact that many scientists, across many disciplines, see things differently. Young researchers, in particular, believe that advances in basic knowledge are coming as fast as ever, even if practical applications are taking a long time to develop. Indeed, a small but influential cult touts the Hungarian-American mathematician John von Neumann’s “singularity” theory. Someday, thinking machines will become so sophisticated that they will be able to invent other machines without any human intervention, and suddenly technology will advance exponentially.

If so, perhaps we should be far more worried about the ethical and social implications of material growth that is faster than humans can spiritually absorb. The angst over AI mostly focuses on inequality and the future of work. But as science fiction writers have long warned us, the potential threats arising from the birth of silicon-based “life” forms are truly frightening.

It is hard to know who is right: neither economists nor scientists have a great track record when it comes to making long-term predictions. But right now, and leaving aside the possibility of an existential battle between man and machine, it seems quite plausible to expect a significant pickup in productivity growth over the next five years.

Consider that the main components of economic growth are increases in the labor force, increases in investment (both public and private), and “productivity,” namely the output than can be produced with a given amount of inputs, thanks to new ideas. Over the past 10-15 years, all three have been dismally low in the advanced economies.

Labor force growth has slowed sharply, owing to declining birth rates, with immigration failing to compensate even in pre-Trump America. The influx of women into the labor force played a major role in boosting growth in the latter part of the twentieth century. But now that has largely played out, although governments could do more to support female labor force participation and pay equity.

Similarly, global investment has collapsed since the 2008 financial crisis (though not in China), lowering potential growth. And measured productivity growth has declined everywhere, falling roughly by half in the US since the tech boom of the mid-1990s. No wonder global real interest rates are so low, with high post-crisis savings chasing a smaller supply of investment opportunities.

Still, the best bet is that AI and other new technologies will eventually come to have a much larger impact on growth than they have up to now. It is well known that it can take a very long time for businesses to reimagine productive processes to exploit new technologies: railroads and electricity are two leading examples. The pickup in global growth is likely to be a catalyst for change, creating incentives for firms to invest and introduce new technologies, some of which will substitute for labor, offsetting the slowdown in the growth of the workforce.

With the after-effects of the financial crisis fading, and AI perhaps starting to gain traction, trend US output growth can easily stay strong for the next several years (though, of course, a recession is also possible). The likely corresponding rise in real global interest rates will be tricky for central bankers to navigate. In the best case, they will be able to “ride the wave,” as Alan Greenspan famously did in the 1990s, though more inflation is likely this time.

The bottom line is that neither policymakers nor markets should be betting on the slow growth of the past decade carrying over to the next. But that might not be entirely welcome news. If the scientists are right, we may come to regret the growth we get.

*Kenneth Rogoff, Professor of Economics and Public Policy at Harvard University and recipient of the 2011 Deutsche Bank Prize in Financial Economics, was the chief economist of the International Monetary Fund from 2001 to 2003. The co-author of This Time is Different: Eight Centuries of Financial Folly, his new book, The Curse of Cash, was released in August 2016.