In early 2016, the Trans-Pacific Partnership (TPP) Agreement — involving twelve countries on the Pacific Ocean rim, including the USA — was signed in New Zealand. Right after his inauguration in January 2017, newly elected US President Donald Trump withdrew from the TPP, effectively killing the agreement as its terms require the participation of both the US and Japan. 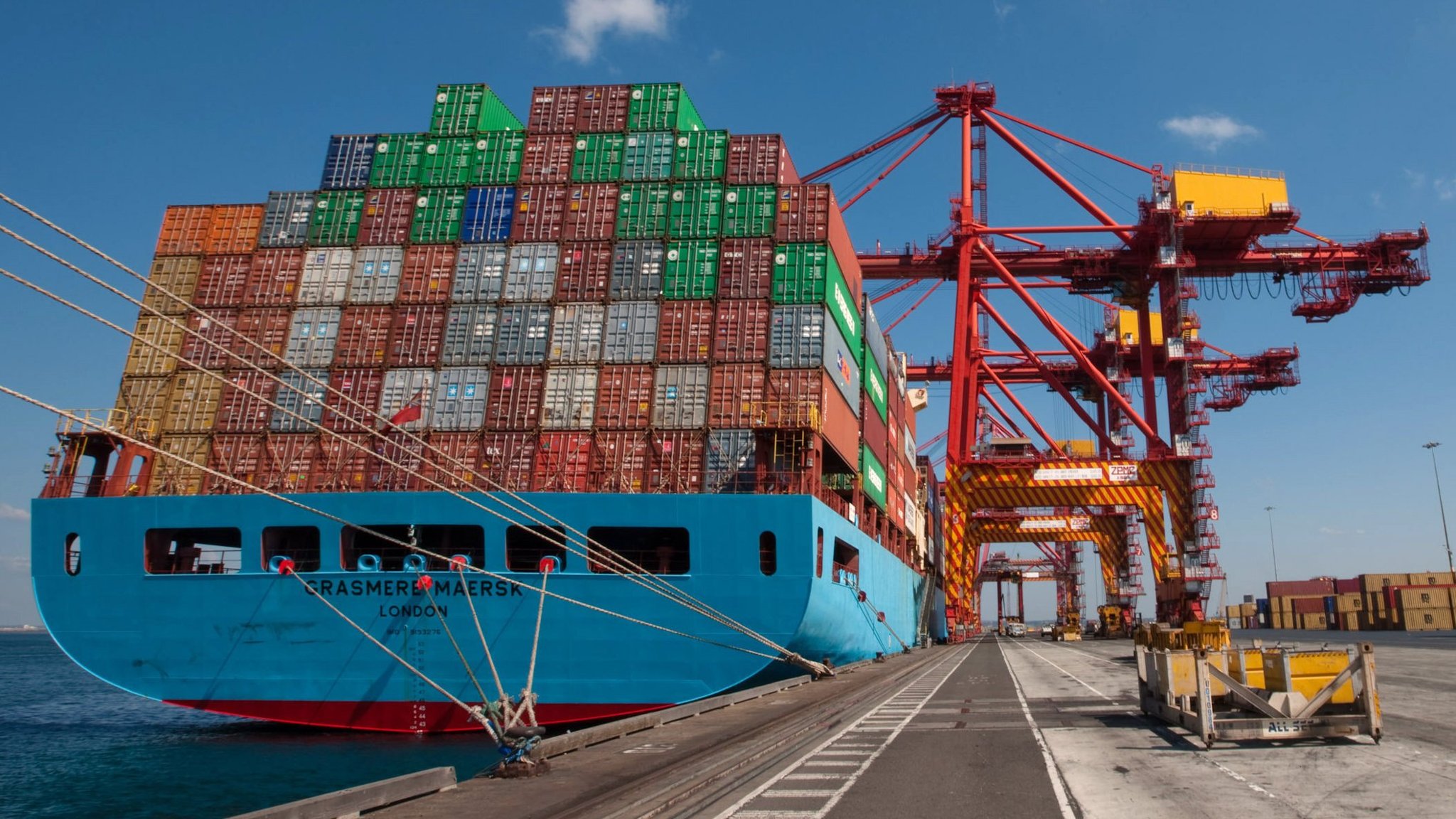 On 8 March 2018, the Comprehensive and Progressive Agreement for Trans-Pacific Partnership (CPTPP) will be signed in the presence of outgoing Chilean President Michelle Bachelet. After that, six countries must ratify the deal for it to take effect.

Twenty-two of the original TPP provisions will be ‘suspended’, leaving over a thousand others intact. The 22 provisions have only been suspended, apparently to enable Washington to easily re-embrace the essentially US-drafted 6500-page TPP Agreement.

The CPTPP will include several changes to the TPP, but will otherwise incorporate it. Besides the investment agreement, several onerous intellectual property and other provisions will be suspended. Some ‘side letters’ can exempt some TPP11 countries on some matters. But otherwise, many of the most onerous TPP provisions remain.

The TPP11 countries are likely to give in to US demands. With very modest prospective trade gains from the original TPP, US withdrawal has made the gains from the CPTPP even more paltry, making the TPP11 desperate for US participation. For Japan’s government and some others, the TPP will draw the US back into a stronger anti-China regional coalition.

The CPTPP Preamble can guide interpretation of, but not contradict, let alone override problematic TPP provisions. Meanwhile, some countries will remove all their tariffs on products from other CPTPP parties while others, such as Japan and Canada, will not.

Taking the widely criticized secrecy of such negotiations to a new extreme, no details of the ‘zombie agreement’ will be released until after its signing. Despite promises to “engage with various stakeholders to get their views and feedback”, most signatory governments have not conducted inclusive public consultations about the new agreement.

Already, TPP11 proponents have resumed chanting the mantra that the US-drafted TPP is a ‘model trade deal for the 21st century’, seemingly oblivious of global economic transformations of recent decades and their implications.

Meanwhile, CPTPP privileging of foreign investment from TPP11 countries may well perversely encourage businesses to incorporate abroad as they will be better able to make demands on the government than they can currently do as nationals.

The CPTPP enables non-TPP11 firms with branches in TPP11 countries to use it to their advantage, e.g., investor-state dispute settlement (ISDS) provisions will allow investors from other TPP11 countries to sue the host government, in a special international tribunal, for unlimited compensation and compound interest.

Critics say the text of the revised Trans-Pacific Partnership and the opaqueness around the process show little has changed in the agreement since the Conservatives negotiated the original deal eventually signed by the Liberals in 2016. –-New Coke, old Coke, new CPTPP, old TPP.

As firms incorporated in other TPP11 countries may also enjoy lower taxes and other incentives, the recent trends of greater outward than inward FDI may well accelerate. China, India and other emerging market economies are already struggling to cope with such ‘roundtrip’ FDI through offshore tax havens, and there is little reason to believe smaller TPP11 developing countries will fare better. 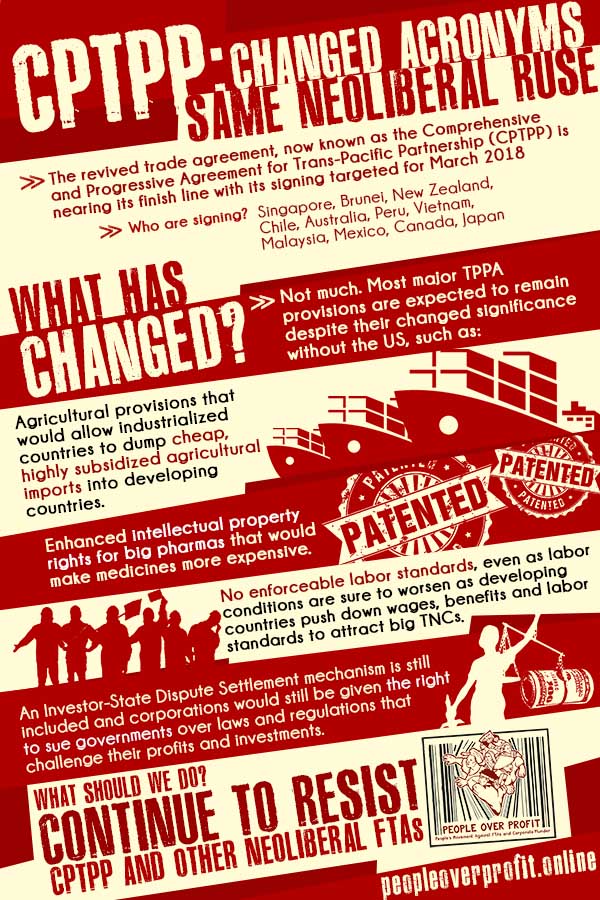 Lower interest rates abroad in recent years due to unconventional monetary policies, such as ‘quantitative easing’, have enabled highly leveraged foreign portfolio investors to increase their ownership of the corporate sector in many emerging market economies.

Begging for US participation

In their efforts to justify it, CPTPP proponents have again greatly exaggerated trade benefits while ignoring the two US government studies — by the Department of Agriculture’s Economic Research Service and the International Trade Council – both projecting very modest gains from the TPP, despite including the US then.

After the ‘Brexit’ referendum and Trump’s election in 2016, the mixed consequences of trade liberalization are increasingly recognized, replacing the naive claim that globalization would lift all boats. Nevertheless, CPTPP advocates still dismiss research doubting the problematic assumptions of the modelling projections they rely on.

Meanwhile, US President Trump has already announced that he “would do TPP if we were able to make a substantially better deal”. Judging by his administration’s new demands in the ongoing North American Free Trade Area (NAFTA) renegotiations, this would presumably involve even stronger pharmaceutical patent protection and greater US corporate control of international e-commerce.

The TPP11 countries are likely to give in to US demands. With very modest prospective trade gains from the original TPP, US withdrawal has made the gains from the CPTPP even more paltry, making the TPP11 desperate for US participation. For Japan’s government and some others, the TPP will draw the US back into a stronger anti-China regional coalition.

Hence, the TPP11 are so keen to bring the US back into the TPP that they are likely to accede to Trump administration demands. By joining the TPP on revised terms, ostensibly ‘putting America first’, Trump can thus ‘prove’ that he is a much better negotiator than his predecessors, especially Obama.