COMMENT | Whatever one may say about Tunku Abdul Rahman’s political legacy, which must include his suspension of local elections in 1965 and his crushing of Sabah and Sarawak’s autonomy advocates in Malaysia’s infant years, the prince is a true believer of constitutional monarchy.

While Malay monarchies have their root in the Hindu concept of ‘dewa raja’ (divine king), their function in the modern nation-state of Malaysia is modeled on the Westminster system and their presence justified in the same vein.

From the standpoint of democracy, retaining hereditary monarchy is not entirely unproblematic. After all, since core in the idea of democracy is political inequality, why should the head of state be chosen by way of “genetic lottery”? What quality in national leadership does a royal bloodline guarantee?

The direct alternative to the British-style monarchy with parliamentary government is of course the American-model presidentialism, which emerged by the late 18th century. By the 19th century, parliamentary republic emerged as another alternative.

Probably the most influential British constitutional thinker, Walter Bagehot, offered an insightful framework to compare the British and American political system to demonstrate the superiority of constitutional monarchy.

Bagehot argues that English institutions can be separated into two sets: the dignified parts which “excites and preserves the reverence of the population” and the efficient parts by which the government “works and rules”.

The monarchy is at the apex of the dignified part while the prime minister is the head of the efficient parts. In such a constitutional monarchy, the head of state and the head of government are distinct and separate by definition.

Such division of labour allows on one hand the government to be run by politicians who are necessarily partisan because of representative democracy, and, on the other hand the state to stay inclusive to be embraced all the citizens.

When a government becomes unpopular, it can be dismissed by the electorate while the Crown continues to be loved by the subjects who may hate each other because of partisanship. The monarchy is in that sense the true symbol of national unity.

Such luxury is not available in the American presidentialism. As virtually an “elected monarch”, the president is both head of the state and head of the government. It becomes humanly difficult for a citizen to love the president as the uniting head of state while hating her as the partisan head of government.

Bagehot’s insight is all the more obvious when we look at polarising presidents in the United States like George W Bush and Donald Trump.

In fact, some political scientists have argued against the divisive nature of presidentialism – which is more winner-takes-all than parliamentarianism – in other countries with weaker democratic political culture.

The dignified and politically neutral role of the Westminster monarch removes the need for intelligence and political astuteness, where heredity is neither a yardstick in nor a guarantee of such qualities. In fact, absolute monarchy is disappearing because of such misplaced assumption.

This basic rule does not change even countries may modify the Westminster models to give the monarch or royal institutions certain extra power.

The monarch is a passive guardian, not an active saviour. His role is ceremonial. In fact, it is in the ceremonial nature that a royal figurehead stands superior to a civilian figurehead, who may not have the royal grandness and familial connection to national history to make his role so “dignified”, exciting and reverent.

Prince Charles who has so much wisdom to offer to politicians and government officials is often warned that he may end up terminating the British monarchy. The British crown prince is often told to join politics if he wants to have a say in public policy.

It is the simple Bagehotian logic at play: if the head of dignified part disrespects the division of labour and yearns to be also efficient, then constitutional monarchy is sliding towards absolute monarchy, which is no match for presidential republic or parliamentary republic.

If recognising such constraint of the monarchical role is tough for a British prince growing up in the Bagehotian doctrine, it is certainly tougher for those who grow up in the myths of ‘dewa raja’. 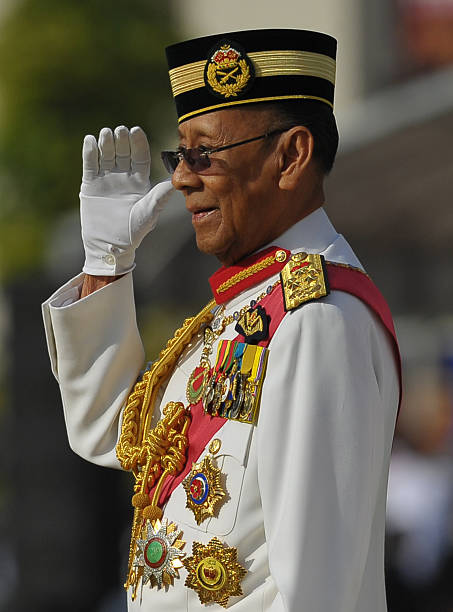 It is not surprising that so many monarchs in Southeast Asia believe themselves – not the elected politicians – are the leader of the population who may impose their royal whims whenever they can.

Tunku was a prince and a prime minister. Unlike Prince Charles, he joined politics and won his rightful power to chart the destiny of the nation. He did not sit in the palace and dictate politicians to follow some fancy decrees or have dissents jailed under some lese majeste laws.

When Tunku was forced out of power after the 1969 riot, he did not attempt to use his royal position to challenge the elected politicians who were once his loyal lieutenants. Instead, he stepped down gracefully using the royal excuse that he did not want to serve as prime minister to his nephew as the next king.

“The constitutional implies without room for the contradiction that through the sultans are sovereign heads of states they have no power to rule. The power lies in the hand of the people who through their representatives run the government of the nation and states.”

WONG CHIN HUAT studies electoral, party and identity politics in Malaysia. He is head of the political studies programme at Penang Institute.

One thought on “A Moving Tribute to Tunku Abdul Rahman–A Prince, Patriot and Democrat”