Fareed Zakaria: Trump has drawn three red lines that are bound to be crossed 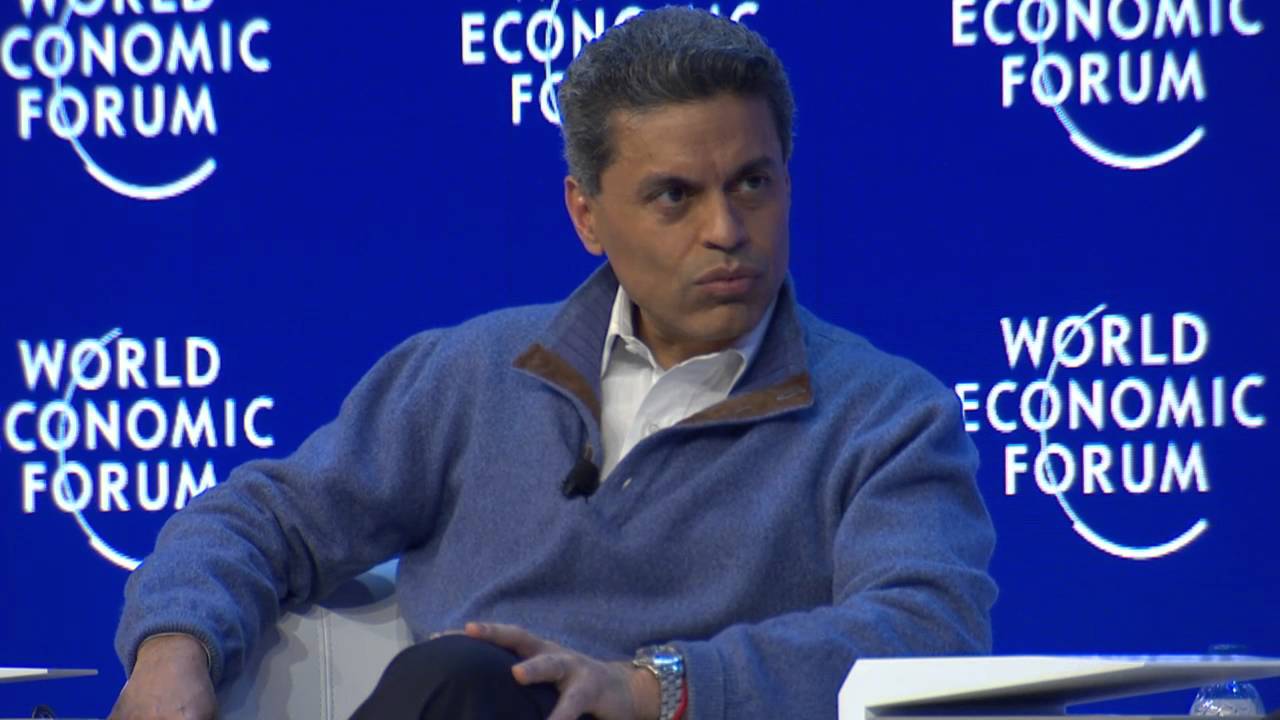 NEW YORK — President Trump’s State of the Union speech mostly ignored the world outside of America. He made a few tough statements on things like the Iran deal and Guantanamo and described (accurately) the evil nature of the North Korean regime, but he said very little about his foreign policy. This masks a more dangerous reality. The Trump administration has in fact, either accidentally or by design, laid out aggressive markers in three different parts of the world — three red lines — without any serious strategy as to what happens when they are crossed.

The first is with North Korea. Trump and his top officials have asserted that the era of “strategic patience” with North Korea is over. They have ruled out any prospect of accepting North Korea as a nuclear state and believe traditional deterrence will not work. The president has specifically promised that North Korea would never be able to develop a nuclear weapon that could reach the United States. Meanwhile, CIA Director Mike Pompeo says Pyongyang is “a handful of months” away from having this capability.

Dr.Victor Cha is a Professor of Government and Foreign Service at Georgetown University, Washington DC and served as Director for Asian Affairs at the National Security Council under President George W. Bush.
https://www.pbs.org/wgbh/frontline/article/victor-cha-why-kim-jong-un-faces-the-dictators-dilemma/ 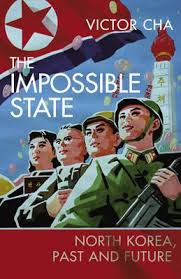 So what happens when that red line is crossed? What would be the American response? Victor Cha, a seasoned expert who was expected to be the nominee for ambassador to South Korea, explained to the administration that there really is no limited military option, not even a small strike that would “bloody” the nose of the North Korean regime. For this frank analysis, he was promptly dropped from consideration for the ambassadorship.

Cha simply raised the fundamental problem with the Trump administration’s approach. It has outlined maximalist goals without any sense of how to achieve them. In response to North Korea’s new capabilities, would Trump really rain down “fire and fury” and “totally destroy North Korea”? 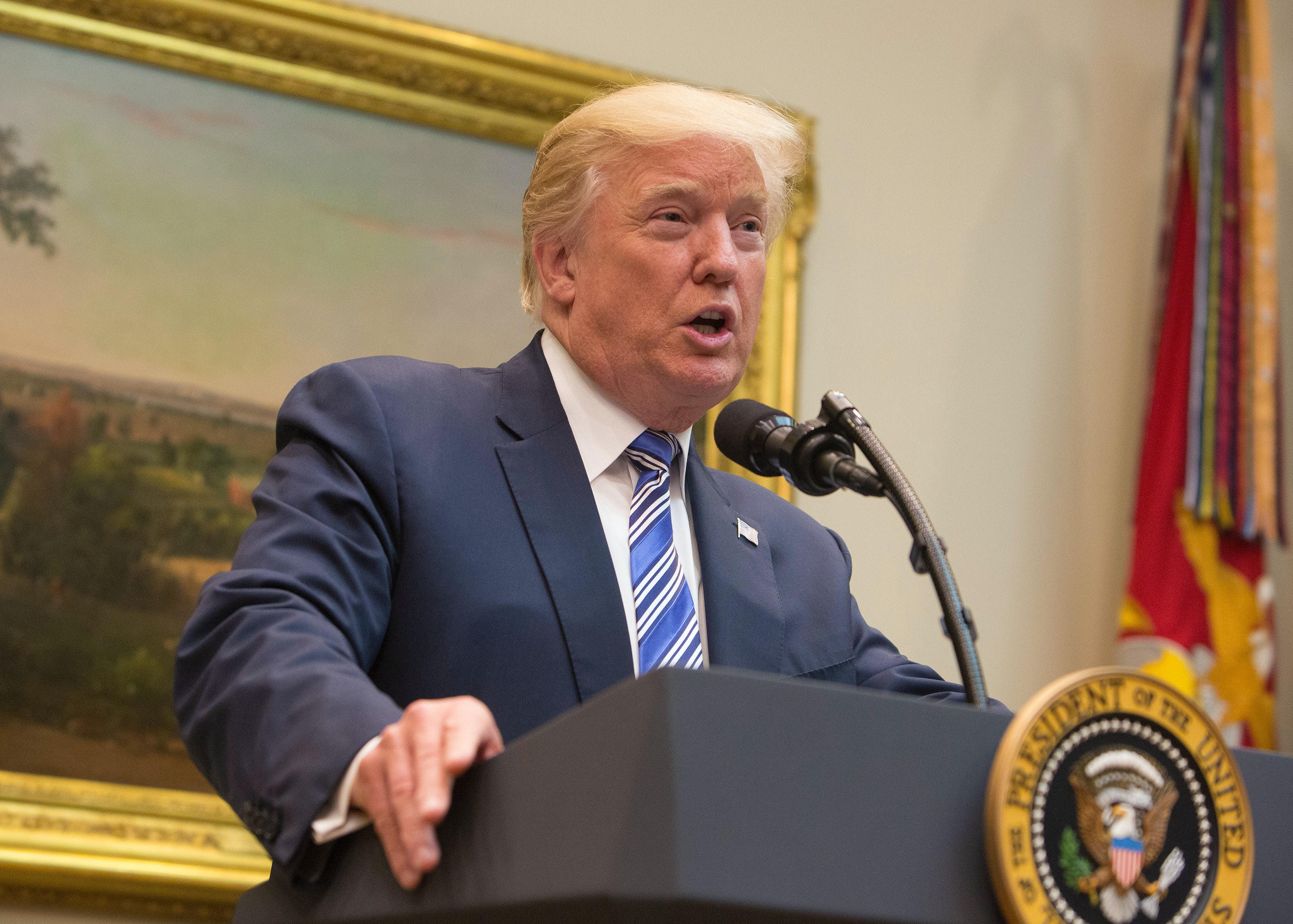 Trump has done something similar with Iran. He has announced that he will withdraw from the nuclear deal if Congress and the European allies don’t fix it. The Europeans have made clear they don’t think the pact needs fixing and believe it is working well. In about three months, we will reach D-Day, when Trump has promised to unilaterally withdraw if he can’t get a tougher deal. Were Trump to unilaterally abrogate the accord, the Iranians have several options. They could pull out themselves and ramp up their nuclear program, which would mean the Trump administration would have to deal with another North Korea, this time in the Middle East. Or Iran could simply sideline the United States, keep adhering to the deal, and do business with the rest of the world. Most likely, Tehran would make the United States pay a price by using its considerable influence to destabilize Iraq, which is entering a tumultuous election season.

The third arena where the White House has talked and acted tough without any follow-on strategy is Pakistan. The administration has publicly branded that country a terrorist haven and suspended military aid on those grounds. This is an entirely understandable impulse, because the Pakistani military has in fact been supporting terrorists and militants who operate in Afghanistan, even against American troops, and then withdraw to their sanctuaries across the border in Pakistan. As then-Chairman of the Joint Chiefs of Staff Mike Mullen noted in 2011, one of these terrorist groups “acts as a veritable arm of Pakistan’s Inter-Services Intelligence agency.” 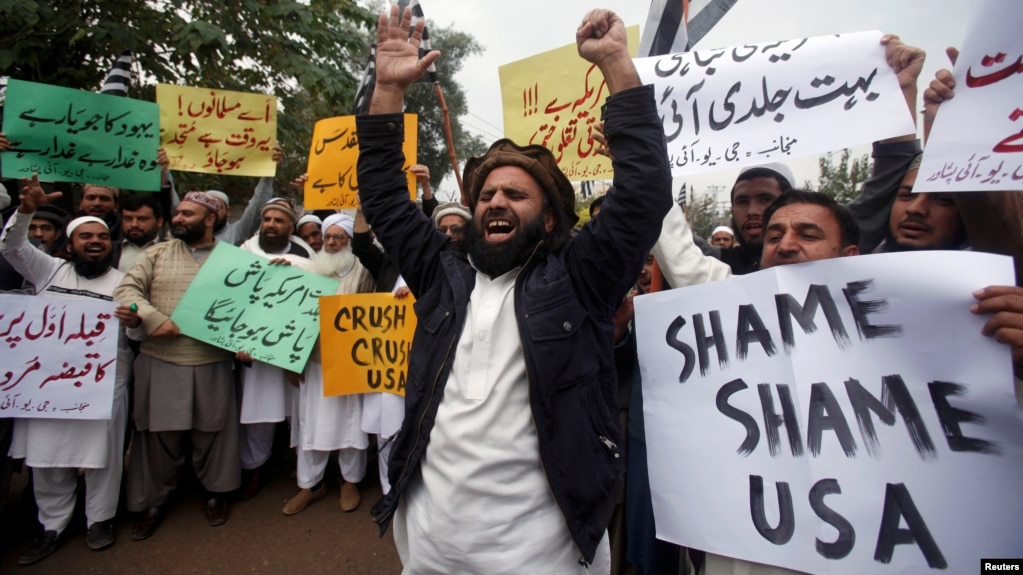 Demonstrators shout slogans in response to U.S. President Donald Trump’s recognition of Jerusalem as Israel’s capital during a protest in Peshawar, Pakistan Dec. 12, 2017.

But being right is not the same thing as being smart. Most experts predicted that Pakistan would respond to the American action in two ways: First, by pursuing closer relations with China, which can easily replace the aid. Second, the Pakistani military would ratchet up the violence in Afghanistan, demonstrating that it has the capacity to destabilize the pro-American government in Kabul, throw the country into chaos and tie down the U.S. forces that are now in their 17th year of war. And that’s what has happened. China immediately voiced support for Pakistan after the American announcement. And in the last two weeks, Afghanistan has suffered a spate of horrific terror attacks.

Thomas Schelling, the Nobel-prize winning scholar of strategy, once remarked that two things are very expensive in international affairs: threats when they fail, and promises when they succeed. So, he implied, be very careful about making either one. President Trump seemed to understand this when his predecessor made a threat toward Syria in 2013, and Trump tweeted, “Red line statement was a disaster for President Obama.” Well, he’s just drawn three red lines of his own, and each of them is likely to be crossed.

5 thoughts on “Fareed Zakaria: Trump has drawn three red lines that are bound to be crossed”