Dissatisfied with the BN and the opposition, some are calling for votes to sit out the 2018 elections.

Dr. Mahathir Mohamad and Deputy Prime Minister Nominee Dr. Wan Azizah Ismail
Malaysia’s next general election must be held by August this year. Most analysts expect the election to be called any time between Chinese New Year in February and the Muslim celebration Hari Raya in June, pending a proposed redelineation involving up to 128 of the 222 parliamentary seats. It is believed the redelineation will help the ruling Barisan Nasional (BN) coalition to regain its super majority.

Prime Minister Najib Razak and his Shaman-backed Political Advisor and Strategist Rosmah Mansor: She will decide on timing of GE-14

All eyes are watching as this year will mark arguably the most competitive Malaysian election in history: a battle between the ruling BN and opposition coalition, Pakatan Harapan (PH), of which former Prime Minister Mahathir Mohamad is now the chairman.

Both the incumbent and the aspirants have been aggressively campaigning since last year to win over the electorate. Having ruled the country for decades, the BN suffered its worst result in the 2013 general election, when it not only lost the popular vote, but also failed to recapture its two-thirds majority in the parliament. The past few years have not been comfortable for the BN, with headlines over the 1MDB scandal, allegedly involving Prime Minister Najib Razak, coupled with rising living costs to put a lot of pressure on the administration.

This announcement triggered debate and sparked dissatisfaction among some people, including some grassroots leaders within the PH, the 1998 Reformist members, and civil society groups. This dissatisfaction over the PH sparked the emergence of a spoilt-vote campaign, mainly among ethnic Chinese and Malay social media circles. The campaign calls for voters to either boycott the polls or to cast spoiled ballots to protest the lack of choice and their distrust in the compromised political system. Using online platforms such as Facebook and Twitter, these spoilt-vote campaigners started spreading their message under various hashtags, such as #UndiRosak or #SpoiltVote.

This trend caused concerns among the PH leaders and some civil society groups, particularly those championing electoral awareness. The spoilt-vote campaign, if it is successful, would likely to reinforce the current electoral system and could directly affect the PH’s chances in many parliamentary and state seats, giving disproportionate empowerment to the BN. This is mainly due to the fact that the BN has the benefit of entrenched support and better machinery, such as control over mainstream media. 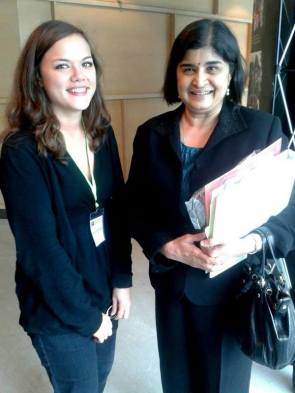 Ambiga Sreenevasan (pic above), former Chairperson of the Coalition for Clean and Fair Elections or Bersih movement, was one such voice raising concerns over the campaign. In response, she tweeted, “Let me be clear. Boycotting an election may send a message where the elections are clean and fair. Where the elections are NOT clean and fair (as in our country), boycotting only helps those in power and works AGAINST the people who are trying to change the rotten system.”

The 2008 general election, popularly known as the “political tsunami,” was the first time since 1969 that BN lost its two-thirds majority in the parliament. Voter turnout was high, at 76 percent. Voter turnout then rose to 86 percent in 2013, the highest ever in a Malaysian election. As a result, the BN lost the popular vote to the now defunct Pakatan Rakyat (PR), but was able to retain power with almost 60 percent of parliamentary seats.

Currently, Malaysia’s population stands at 30 million, but many have not made their voice heard. According to statistics from the Election Commission (EC) as of September 2017, there are around 14.8 million registered voters. There were another approximately 3.6 million people aged 21 and above who were eligible but have not registered themselves as voters. These statistics show that many Malaysians who are eligible to vote are either ignorant of their civic duty or abdicating the power to vote.

A recent survey titled, “Youth Perception on Economy, Leadership and Current Issues,” conducted jointly by the Merdeka Centre and Watan, a youth voter registration NGO, between August 3 to 8 last year also found that only 30 percent of the youths polled cared about politics. The rest were more concerned about the economy. Of the 604 respondents aged between 21 and 30, 57 percent felt that the country is heading in the wrong direction. 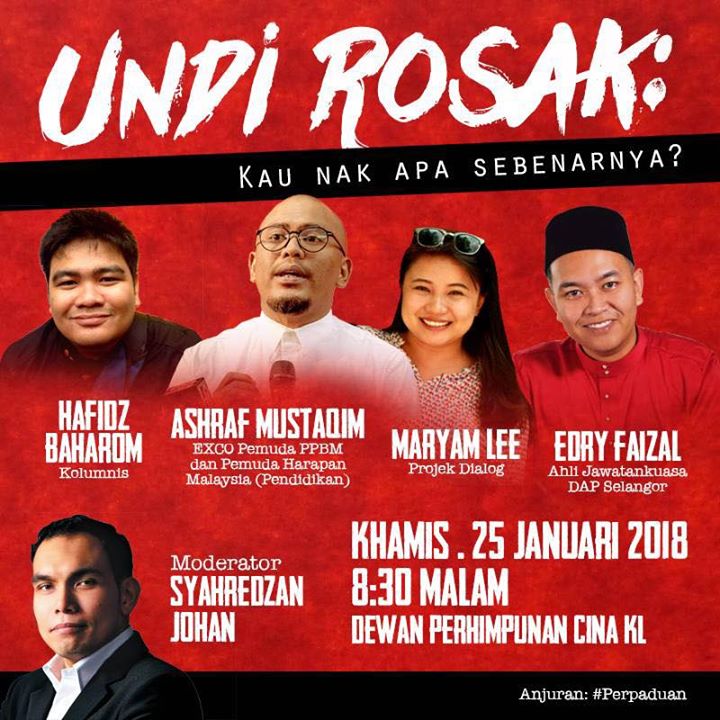 A low voter turnout in GE-14, Najib will win hands down

A spoilt-vote campaign that results in lower voter turnout is a possibility, especially among urban youths, who are more likely to be either fence-sitters; voters with political affiliations who want to show their displeasure to both parties; or those seeking to indicate a lack of trust that either party can effectively run the country. Now, the question is how significant of an impact the spoilt-vote campaign will have in the upcoming general election.

Khoo Ying Hooi (Ph.D.) is Senior Lecturer at the Department of International and Strategic Studies, Faculty of Arts and Social Sciences, University of Malaya.