Malaysian Governance: It is a Najib-led ”Malaise System”, not the Malays

“Conventional people are roused to fury by departure from convention, largely because they regard such departure as a criticism of themselves.”

COMMENT | Malaysiakini columnist Thor Kah Hoong’s ‘It’s a malaise of the system, not Malays’, is a snapshot of what is wrong with the discourse in this country. Thor is a friend and this piece is not a rebuttal or anything like that, but I just feel I have to say a few words. 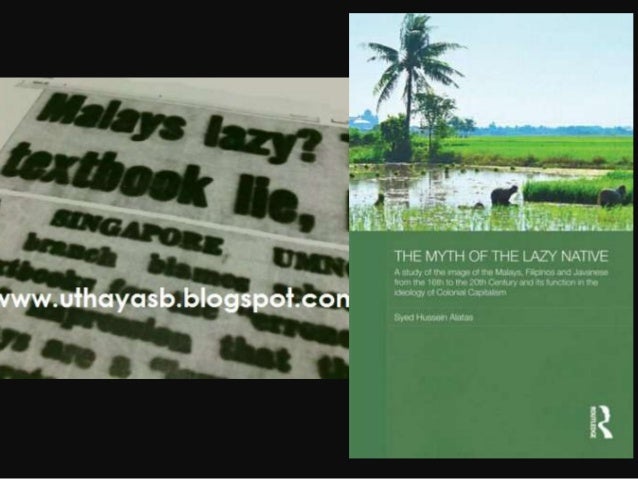 Let us say that the system of privileges actually benefited the majority of the Malay community. Let us say that Islam was applied “fairly” to all and we were all under the shadow of syariah law. Would this be an acceptable system? Would race relations in this country be better? Would it still matter if a Malay was lazy or not?

Okay, let us say that not all Malays are lazy. Would it make a difference if those not lazy Malays also supported Malay rights and believed that Islam should be imposed on all Malaysians because they believed that Malaysia was an Islamic state?

Really? It is time to revisit Dr Syed Hussein Alatas’ The Myth of Lazy Native, which is a serious rebuttal of Dr. Mahathir Mohamad’s The Malay Dilemma.

Is there really a difference between a “lazy” Malay who supports this system and a “not lazy” Malay who believes that the system serves a purpose? People love to talk about corruption as if, if there was no corruption, the system that enables a whole community to believe that they were the “masters” of this land and Islam defines their identity, would be okay. Get rid of MO1 (Malaysian Official 1), and that is the first step.

The first step to what? I made my case for voting and a two-party system, but the reality is that unless we change the system, unless a majority of Malays truly believes that the system is detrimental to all Malaysians, we will never be able to change anything in a meaningful way.

People blame the indoctrination programmes of the Umno establishment for destroying the Malay mind but seem oblivious that the opposition, in its current incarnation, is doing the same thing.

Rice Farming in Kedah–It is back beaking work–Is she lazy?

Some people like to use the lazy Malay/not lazy Malay argument as a means to introduce “class” into the discourse. In other words, the system disenfranchises a large section of the Malay community.

Partisan politics in this country has reached ridiculous levels. There is a right-wing Malay website, which idolises Donald Trump, believes that Najib Razak should not give in to the “left” and quotes Western news sources about the evils of the left, which it equates with the DAP and Malay activists and politicians who do not subscribe to mainstream Malay dogma.

A cursory reading (and fact checking) of some of these sources the website quotes will reveal anti-Islamic writers who would most definitely laugh themselves into a right-wing hysterical fit, if they knew that a so-called right-wing Malay/Muslim site was agreeing with them.

Never mind that there has always been agitation in the Malay community. However, mainstream Malay power structures post-1969 have done everything in their power to define the narratives in the Malay community. This is why when Malays who want to radically change the system stick their heads out, they are demonised as “liberals” and anti-Muslim.

I have attempted to make this point before. I get that most people are not interested but it is worth repeating – “I do not think that the problems of the Malays are that they are not unified; I think the problem of the Malays is that they have no real choices when it comes to ‘Malay’ leadership. Race and religion are the basis for all ‘Malay’ political parties and Malay politicians are hampered by these two imperatives – or so they say – which makes it impossible to have a greater Malay polity that is progressive and egalitarian.”

Now I know that I am going to get a lot of flak for this but it is true. The ideological and constitutional foundation of mainstream Malay/Malaysian politics is that the system and the Malay community are not mutually exclusive. If you support the opposition or you support the Umno establishment, then you support this narrative. Whether it is true is not the point. The point is that you are voting for political parties that define the system.

This is why a close friend of mine who is a Malay – which is important – told me that despite my exuberance for Harapan – a gross mischaracterisation I would argue – the idea of voting for Harapan is one of diminishing returns. In fact, he always sends me this YouTube video, whenever Harapan plays to script instead of deviating from it.

Now I am not saying that the non-Malays had no part in making this system but as recent events have demonstrated, most of us have very little intention of destroying the current system. Replacing Najib, in case you did not get the memo, is not destroying the system. It merely means we are setting the system back to its default setting.

Maybe this is why so many young people can’t be bothered to vote and many others who do not buy into the apocalyptic fantasies of the opposition can’t wait for this election to be over.

18 thoughts on “Malaysian Governance: It is a Najib-led ”Malaise System”, not the Malays”