One would think that fake news happens only in cyberspace and that mainstream/traditional news organisations are somehow not subject to reporting fake news. But that’s not necessarily true because when the media space is controlled like it is here, it produces an atmosphere which spews out fake news in billows.–P. Gunasegaram

QUESTION TIME | One would think that fake news happens only in cyberspace and that mainstream/traditional news organisations are somehow not subject to reporting fake news. But that’s not necessarily true because when the media space is controlled like it is here, it produces an atmosphere which spews out fake news in billows.

In its simplest form, fake news is just manufactured news but there are degrees. Some are outright lies while others combine untruths with elements of true news to project an image which is not wholly correct while appearing to give the impression that it comes from accurate news sources.

It is most easy to do this online by setting up websites and/or blogs to propagate the news and manufacture news to the benefit of the sponsoring authority. Thus, political parties and candidates up for election pay so-called cyber troopers large amounts of money to boost their image in the eyes of the public.

Simultaneously they engage in activities to drag down the image of the opponents through smear campaigns, sometimes unearthing true stories and twisting the context and at other times broadcasting outright lies.

In Malaysia, as elections loom large and have to be held by August next year, this whole idea of fake news, especially on social media, has grabbed the attention of politician and layman alike, especially when US President Donald Trump, who has propagated fake news against Hillary Clinton and Barack Obama, accuses US mainstream media of fake news in repeated tweets. 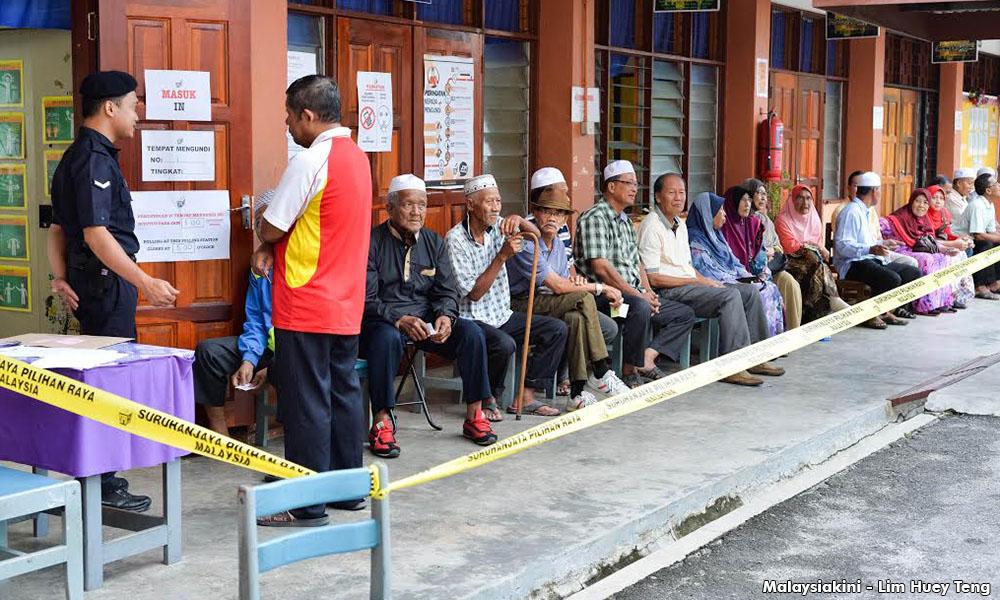 But in Malaysia, the situation is very different. We have had fake news with us for decades now, especially during general elections, when more or less the entire regulated media industry gets commandeered by the ruling government – BN and its predecessors.

Look at for instance, how newspapers either directly owned by political parties or those close to them behave at election time – UMNO’s Utusan group, MCA’s The Star, as well as New Straits Times, RTM1, RTM2, TV3, and even ntv7, the other broadcast media.

So the heavily-controlled mainstream newspapers, magazines and broadcast organisations not just spewed fake news but engaged in regular propaganda blasts about how the government was so great, with documentaries about what it did, and through advertisements. The poor opposition is denied any airtime or space in the newspapers while the ruling party of the day runs riot over the opposition in all the various broadcast and print media.

Is it any surprise that the ruling party thrashed the opposition soundly in almost all the elections since 1969 (until the tide turned in 2008) when the opposition denied the ruling party two-thirds majority for a while? BN regained it following the collapse of many opposition parties into BN in the aftermath of oppressive measures following the May 13 riots shortly after the elections, riots which many consider to have been manufactured. 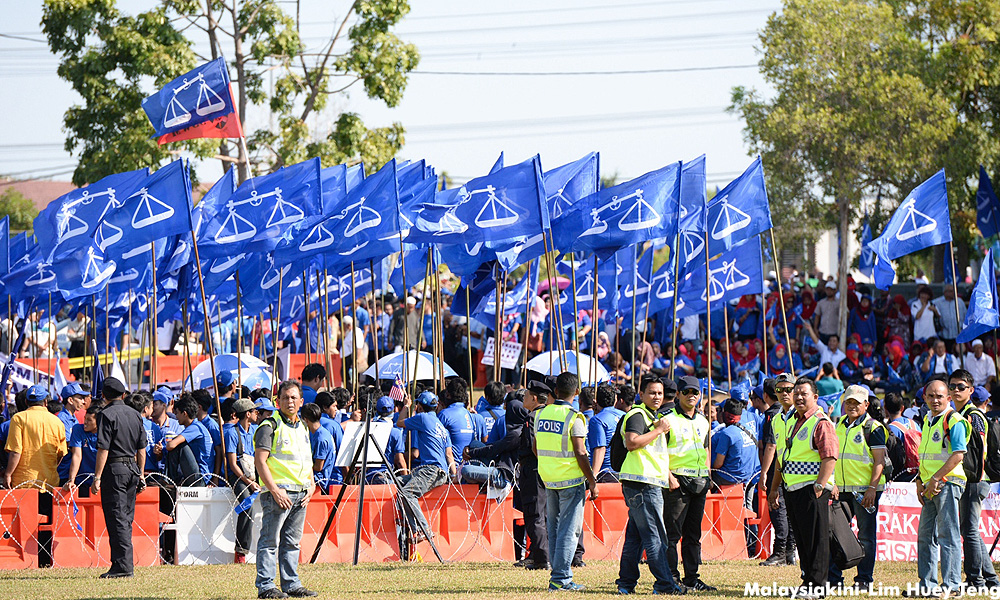 And then came 2008 – BN did not lose but soundly lost its two-thirds majority and five states in the general elections, its biggest setback yet. And the opposition finally began to think about riding into Putrajaya in triumph. In 2013, despite all of Prime Minister Najib Razak’s efforts, BN did not regain the two-thirds majority although UMNO did better.

So what made the change in 2008 and 2013? In two words, social media, which remained largely uncensored and unregulated and which gave the opposition a lot more space than it ever did before – there was a new medium to send news out instead of just print and broadcast and it was accessible to all.

The control of the print and broadcast media no longer ensured that only some news of the favourable kind reached the general public. In Malaysia’s case, social media stopped the avalanche of fake news spewing out of the mainstream manufactured news factories.

But unfortunately, with fake news making such an impact on social media in the US for instance, with Donald Trump’s unexpected victory in the polls significantly attributed to it, the importance of social media is being increasingly recognised as a game changer for elections in Malaysia.

Thus, both Najib and his deputy have been increasingly talking about fake news on social media and the need to counter it effectively. But in all probability what they mean is that the true news is coming out from many sections of the social media, so we have to do something about it. 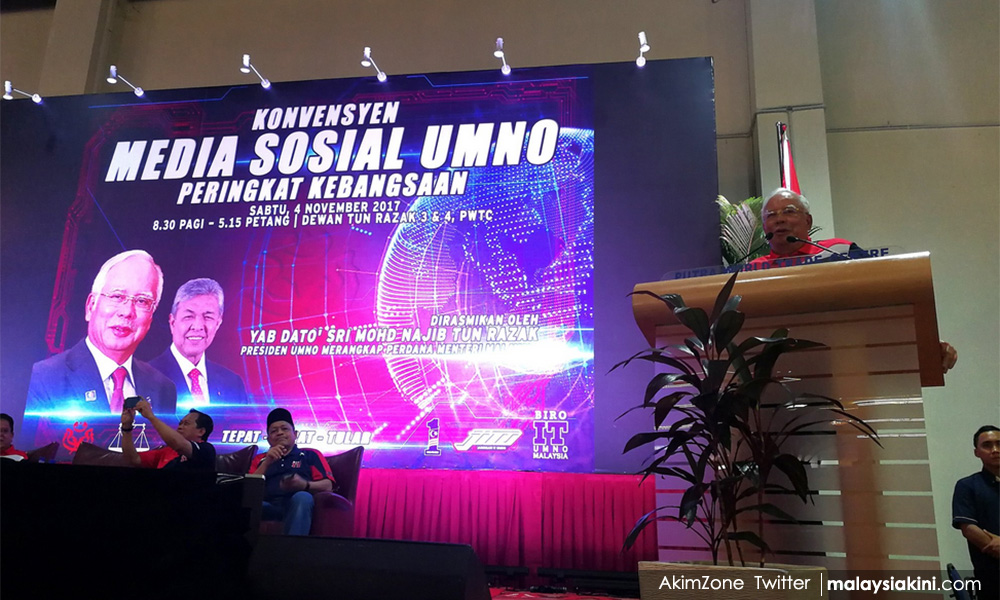 Their thinking goes something like this: We have to counter all these things which are true which are coming out from social media – we can blank it out from the print and broadcast media but we need a social media attack to counter these truths with lies.

Thus, we see Najib claiming in his blog rather preposterously that 1MDB will save RM200 billion in 20 years for Malaysia when the truth is that it has in all probability it has already lost as much as RM40 billion.

Expect this broadside by the BN on social media in Malaysia to increase – in the US, fake news may have reached epidemic proportions already, but in Malaysia, the process is just beginning but will increase very rapidly.

It is not going to be easy to differentiate the truth from the fake news but if you stick to respected and established online new organisations such as … – you know who they are, I don’t have to tell you – you will be safe.

Stick to independent news organisations who have a strong tradition of respect for truth, accuracy and balance and who cover both what the government as well as what the opposition has to say. Look at who are behind news portals – if they are not specific enough about ownership and editorial team, be suspicious.

Verify and crosscheck sources of information. Much is passed on over social media websites such as Facebook and WhatsApp with not even a mention of the source. If you want to check the source, type a key extract into a search engine and look at the results.

Please remember, especially at election time – you are more likely to get fake news and inadequate news of the right kind from mainstream media who have had a long track record compared to some of the online news portals who may not have as long a record.

And finally, please support those who supply good, fair information at reasonable prices (less than 60 sen a day) by subscribing to them (instead of sharing passwords indiscriminately), and take out advertisements with them and donating to them. It’s a small price to pay.

The sad truth is that information that is free is more likely to be tainted. Now, who was it who said that there is no such thing as a free lunch?

One thought on “Guna’s Take on Fake News”