ASEAN and women: Dealing with Gender

ASEAN countries are characterised by gender inequalities. With the exception of Lao PDR, women participate less than men in the workforce, with this gap greatest in the Philippines and Malaysia. Women are also far more likely than men to be in vulnerable employment across the region, and to be contributing unpaid labour to domestic work.

On political representation, all countries have far fewer women than men in parliament. All fail to meet the 30% threshold advised in the Convention on the Elimination of all Forms of Discrimination Against Women. 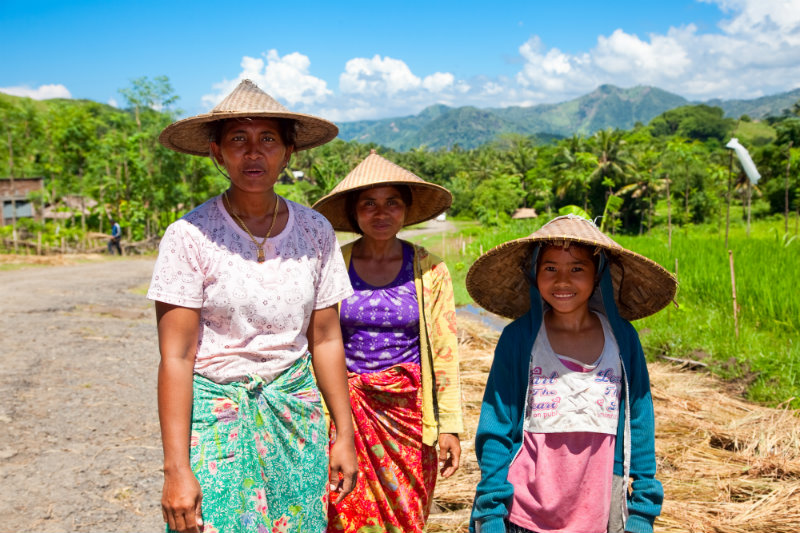 The ASEAN Economic Community, however, is projected to intensify these inequalities. It was signed into existence in December 2015, with the objective of building an integrated market in Southeast Asia, with 622 million people and an economy of US$2.6 trillion. But regulatory reforms to facilitate the cross-border movement of goods, services, labour and capital are anticipated to negatively impact women. With a gender-segmented labour market and inequalities in labour market participation rates and the care economy, women are to be excluded from those sectors that are projected to grow.

A report published by the ASEAN Secretariat has consequently called for “targeted interventions”, and women’s empowerment has received support from ASEAN and beyond. Even President Duterte—who told soldiers they could rape women with impunity in the conflict against IS in Marawi—has noted the importance of this agenda in ASEAN.

ASEAN’s support for empowering women is characteristic of its broader reform since the late 1990s, after decades of being known as a “club of dictators”. Policymakers committed to the rule of law, democracy, and human rights, enshrined in pivotal agreements such as the ASEAN Charter. These commitments raise questions, given the tactics employed by both authoritarian and post-authoritarian regimes to silence dissent.

The main agency for tackling gender inequalities is the ASEAN Commission on Promotion and Protection of the Rights of Women and Children (ACWC), established in 2010. It brings together representatives from diverse backgrounds to negotiate regional standards and norms on women’s and children’s rights.

But this network has key flaws. It has been established as a ‘Commission’ rather than a ‘Committee’, meaning its representatives do not necessarily have the capacity to influence domestic policy. The lack of clarity in its relationships with related networks, notably the ASEAN Intergovernmental Commission on Human Rights, has created challenges in defining distinct work plans and activities. Finally, the bundling of women’s and children’s rights is a highly paternalistic approach, with these issues requiring distinct policy responses. So while gender equality has received support within ASEAN, the key agency for this issue is constrained from doing so.

Support for tackling gender inequalities has also come from donors, development institutions, and companies. For example, the Japan ASEAN Women Empowerment Fund was established in 2016 by Japanese aid agencies and Blue Orchard, a microfinance intermediary, to invest US$120 million in “female micro entrepreneurs”.

Like women’s empowerment initiatives across the globe, the focus has been on increasing women’s market competitiveness. This is captured in the majority of projects focusing on women’s economic empowerment, and within this sphere, access to markets, finance, skills training, and business development services.

Seeking to economically empower women by improving their ability to compete in markets is problematic. It reflects an understanding of markets as neutral spaces, overlooking how markets can exacerbate inequalities and reproduce patterns of exclusion or discrimination. There is also only limited evidence indicating that dominant project types do economically empower women.

Finally, by promoting individualising measures to address structural challenges, these projects fail to address the complex interplay of institutional, cultural, economic and political factors through which women are discriminated against in workplaces, in politics, in public life, and in the home. These may be explicit, such as divorce laws that are gender-biased. They may also be implicit, where institutions are gender-neutral on paper but gender-biased in practice—such as the Indonesian government subjecting female police recruits to virginity tests to apparently ensure the morality of applicants.

Tackling gender inequalities requires collective responses. Women’s empowerment projects could do this by building movements for gender equality, rather than shifting the burden onto individual women. For example, seeking to build alliances—such as between women’s groups and trade unions—would reframe the high number of women in vulnerable employment as connected to poor working conditions, and drive targeted policy responses.

Much potential lies in the increased funding for women’s empowerment in Southeast Asia. Moreover, support from ASEAN has created a crucial leverage point for advocacy, while its reorganisation has established new spaces for advancing gender equality. The challenge now is developing holistic, and effective, approaches to women’s empowerment: substantively empowering women by building collective responses to eliminating discriminatory structures and practices.

Dr Kelly Gerard is a senior lecturer at the University of Western Australia. Her research has focused on the political economy of development policy in Southeast Asia, specifically civil society organisations’ attempts to shape the ASEAN Economic Community.

This post is based on the content of her keynote speech at the 2017 ASEAN forum hosted by the Sydney Southeast Asia Centre at the University of Sydney.