COMMENT | Prime Minister Najib Razak’s recent White House soirée has brought Malaysia an unprecedented level of scrutiny and negative publicity. All major US newspapers, for example, unanimously panned the visit, highlighting the inappropriateness of inviting someone linked to an ongoing Department of Justice (DOJ) investigation (into 1MDB-related money-laundering charges). 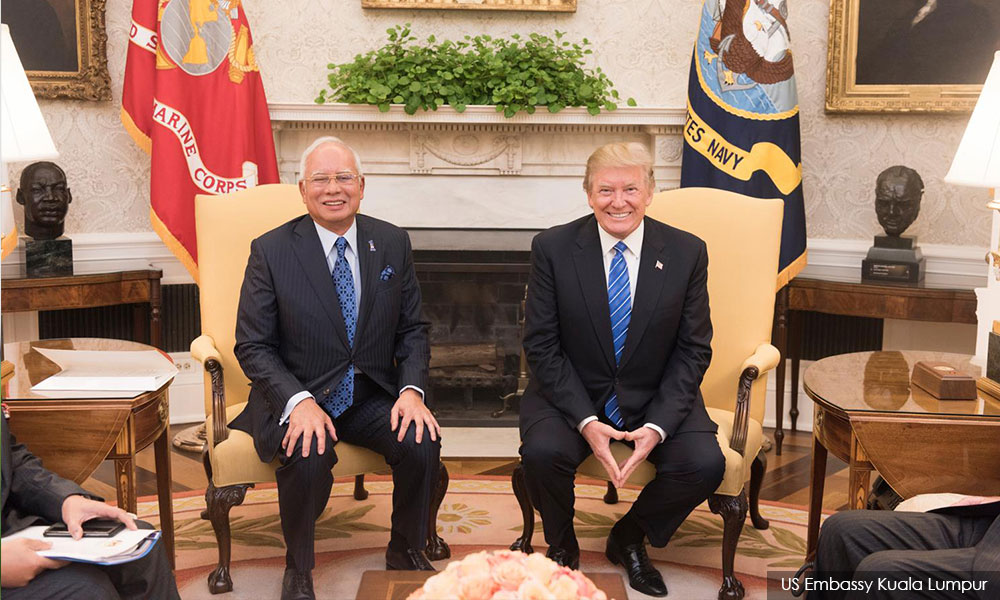 It is a measure of just how far his reputation has fallen internationally after once having been feted everywhere as a reformist and moderate Muslim democrat. It is also a reminder of how little all of this really matters in a world dominated by realpolitik and the pursuit of strategic advantage.

Certainly, Najib himself didn’t appear to lose too much sleep over all the bad press. For him, the visit was clearly about positioning himself for the next elections and burnishing his credentials as a well-respected international leader able to run with some of the most powerful leaders in the world. 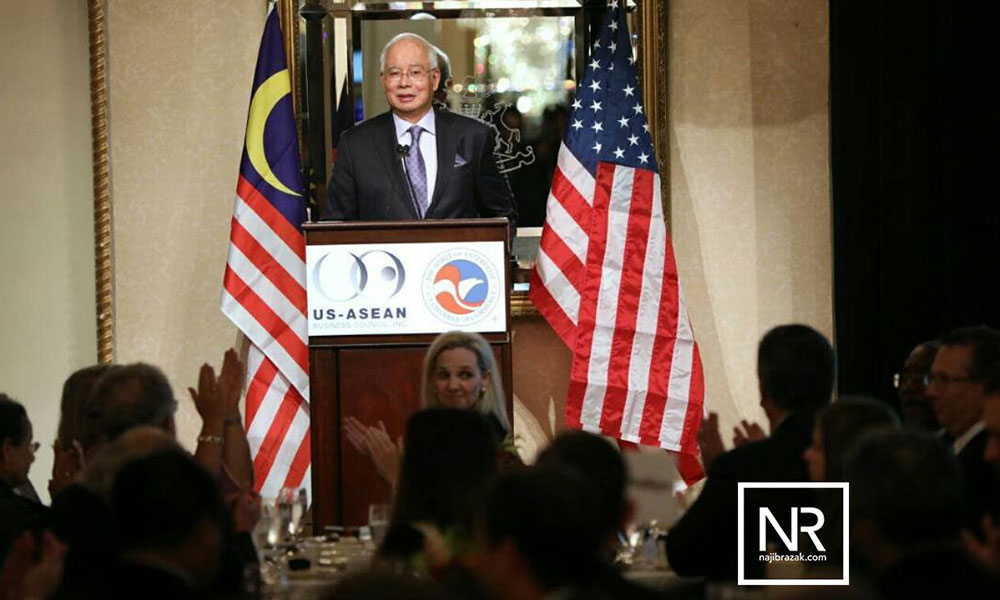 Taken together with earlier high-profile meetings with President Xi Jinping, King Salman Abdulaziz Al Saud and Prime Minister Narendra Modi, the meeting with Trump, as well as Britain’s Theresa May, lends credence to Najib’s narrative that under his stewardship, Malaysia has become “a rising star” and a “global player.”

While the urban crowd and opposition supporters will no doubt shake their heads in disbelief, it will play well with Najib’s rural base, effectively neutralising the 1MDB issue, arguably Najib’s most troublesome political challenge.

Beyond the optics and the controversy over 1MDB, the visit also revealed a side to Najib that will surely drive the opposition to further despair: he is proving to be a far better strategist than he’s been given credit for.

He has parlayed the powers of his office and all the levers of state control at his disposal to successfully play off both China and the US to his advantage.

It might be recalled that he deliberately pivoted to China after his falling-out with the Obama Administration.

In Beijing, last year, he complained about foreign meddling, of being treated unfairly, of being lectured to by Western powers. In not so many words, he went on to contemptuously dismiss the US and other Western powers as has-beens with no future in Asia and hinted about a new strategic partnership with China.

It appears that Washington, already alarmed at China’s growing clout in the region, quickly got the message. Washington will now play along to get along.

Furthermore, with a more amoral (some would say unscrupulous) occupant in the White House to do business with, and with Beijing beginning to get too demanding (as witnessed by the unravelling of the Bandar Malaysia deal), Najib might have also seen the need to recalibrate the balance between the US and China.

Better relations with Washington will now give Najib more room to manoeuvre. It will also allow Najib to undercut opposition criticism that he is too close to China.

He has thus put both Washington and Beijing on notice: be nice to me and I’ll be nice to you. It is, in fact, the global application of his domestic political approach: as he once told Chinese Malaysians, “If you show support [for UMNO-BN] we have no problem giving more… if not, difficult lah.”

Though it is still too early to predict how all this will turn out, no other prime minister has displayed such a flair for big power gamesmanship as he.

Buying his way to respectability

In order to demonstrate to both the US and China that they have much to gain both strategically and economically by being supportive of his administration, Najib has resorted to a form of chequebook diplomacy hitherto only used by rich and powerful countries – promising contracts, investments and big-ticket purchases in exchange for support and endorsement.

With China, Najib generously granted PRC corporations billions of ringgit in infrastructure contracts, even favouring PRC contractors over our own.

He has also earned the undying gratitude of President Xi by wholeheartedly embracing the latter’s One Belt One Road (Obor) initiative, dismissing concerns about the viability and lack of transparency of many Obor projects.

And under his watch, Malaysia made its first purchase of defence equipment from China.

In Washington, Najib opened his chequebook once again promising to buy more than RM42 billion in new aircraft for Malaysian Airlines (MAS), RM300 million in fighter jets for the Royal Malaysian Air Force (RMAF), and to direct RM12 billion to RM16 billion in new investments from the Employees Provident Fund (EPF) and Kazanah Nasional to US infrastructure projects.

No doubt, this was all music to Trump’s ears, a small contribution to making American great again.

American officials, of course, deny the visit will have any impact on the DOJ investigations but does anybody really believe that Najib would have made all those expensive promises simply to make Trump feel good?

After this, expect European and Japanese salesmen-politicians to come knocking at our doors with hat in hand and high praise for Najib on their lips. For so long as there’s money to be made, inconvenient issues like human rights and good governance will not be allowed to get in the way.

The downside, however, is that Malaysia’s already beleaguered opposition, as well as its human rights defenders, can now expect no sympathy or moral support from the US and other democracies.

Najib has neatly turned the tables on his detractors; far from isolating him internationally, he has now marginalised them at home.

Worse still, the nation will have to pay a heavy price for Najib’s extravagant chequebook diplomacy.  We are already heavily indebted to China; now we will be driven into even greater debt with billions of new borrowing to pay for Najib’s Washington promises.That the government of a cash-strapped developing country, which has had to impose a new tax (GST) on its own hard-pressed and long-suffering populace just to stay afloat, would offer such an extravagant economic boost to one of the richest economies in the world is both unprecedented and mind-boggling.

DENNIS IGNATIUS, a former Malaysian ambassador, firmly believes that we should put our trust not in the leadership of politicians but in the sanctity of great institutions – our secular and democratic constitution, a democratically-elected parliament, an independent judiciary, a free press and a government fully accountable to the people. He blogs here.