Le Mooch–Trump’s Lapdog–Hatchet Man. Scaramucci seems to have been installed to carry out Trump’s form of personnel management—to help demean and get rid of retainers who have proved disappointing or threatening to his interests.

Customarily, when you are in the first couple of weeks of a new job, it’s best to learn the names of the people around you, absorb the rudiments of your new workplace, maybe figure out the lunch situation. This was clearly not the way of Anthony Scaramucci, the new communications director for the Trump White House. The Mooch is a man in a hurry. But while he looks to most like someone racing into a wall, he is, to his patron, doing precisely what is required.

Within moments of arrival, Scaramucci was declaring his everlasting fealty to the President (“I love the President”), erasing the digital evidence of his previous contempt for the President (“an inherited money dude from Queens County”), and comparing his relationship with Reince Priebus, the White House Chief of Staff, to that of Cain and Abel, the killer and the killed. And then, the other night, he called Ryan Lizza, of The New Yorker. First, Scaramucci tried in vain to unearth the source who revealed that he had dined at the White House, and wrongly presumed it was Priebus. He then went on an obscene tirade about Priebus’s mental stability, Steve Bannon’s dorsal flexibility, and, most alarming of all, his intention to “fucking kill all the leakers” by employing the capacities, human and technological, of the Department of Justice and the Federal Bureau of Investigation.

“O.K., the Mooch showed up a week ago,” Scaramucci told Lizza. “This is going to get cleaned up very shortly, O.K.? Because I nailed these guys. I’ve got digital fingerprints on everything they’ve done through the F.B.I. and the fucking Department of Justice.” He then ended the nearly nine-minute colloquy by saying, “Yeah, let me go, though, because I’ve gotta start tweeting some shit to make this guy”—meaning Priebus—“crazy.”

The reaction to all this was predictable. It roiled, yet again, the sense of vertigo that has accompanied the Trump era. And there were laughs all around, can-you-top-this jokes on Twitter, gleeful one-liners on late-night television, grave pronouncements on the morning shows. And yet the reaction that matters most was that of Scaramucci’s patron, the President of the United States. Mike Allen, the co-founder of the Web site Axios, wrote, “We’re told the President loved the Mooch quotes.”

Of course he did. After all, Scaramucci was, in language and in manner, channeling Trump himself. What about Scaramucci’s rant could possibly have offended Trump’s sense of propriety, dignity, or politics? As so many audiotapes, tweets, interviews, and speeches have made clear, Trump has no compunction about treating people, even his most self-abnegating loyalists, as vassals; he speaks in the language of obscenity and contempt. What previous President could have delivered an oration so filled with political bile that his host, the Boy Scouts of America, would find it necessary to apologize to anyone who might have been offended? He is unique.

Scaramucci, who was endorsed by Ivanka Trump and Jared Kushner, seems to have been installed to carry out Trump’s form of personnel management—to help demean and get rid of retainers who have proved disappointing or threatening to his interests. Sean Spicer. Reince Priebus. Steve Bannon. Jeff Sessions. And, ultimately, Robert Mueller.

In other words, the Mooch matters because the Mooch–The new White House Iago- helps to clarify what matters most to the President and his family. What matters most is Trump’s grip on his base voters and his survival in office. Everything else—a sane health-care policy, the dignity of the transgender people who have volunteered to serve their country, a rational environmental policy, a foreign policy that serves basic democratic values, rule of law—is of tertiary interest.

Trump’s focus is not impossible to divine. He is increasingly anxious that Mueller and congressional investigators are exploring the details of his business transactions and financial holdings, and how they might have exposed him to being targeted by the Russian government.

In the meantime, Trump’s capacity to demean and diminish everyone in his proximity continues apace. H. R. McMaster, the national-security adviser, is said to have an increasingly rocky relationship with the President, and to have been on the receiving end of his contempt; Secretary of Defense James Mattis was informed of the ban on transgender soldiers merely as a courtesy; Secretary of State Rex Tillerson finds himself in a turf battle with Trump’s son-in-law, who believes himself capable of untold diplomatic achievements. How long can these people last? Priebus, Bannon—if they are swept away, do not expect them to be replaced by models of probity. 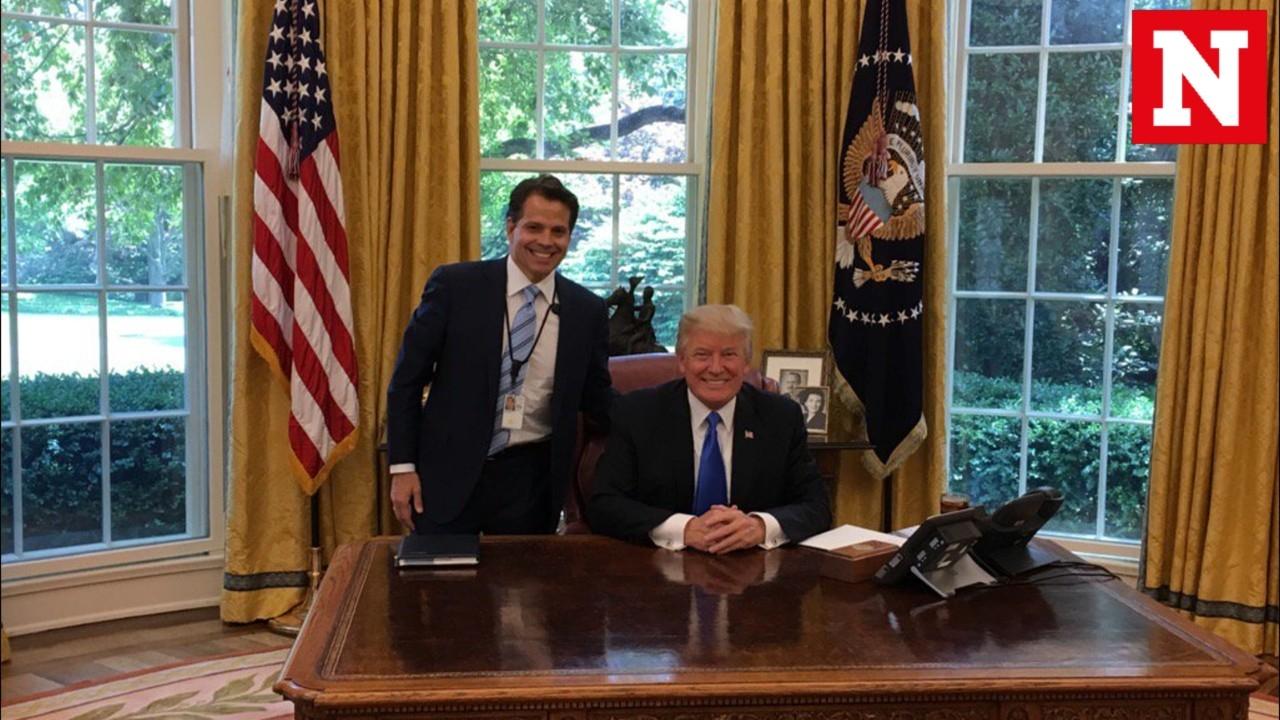 Last week, while Trump was battling to repeal Obamacare, Scaramucci told CBS, “I don’t know if he’s going to get what he wants next week, but he’s going to get what he wants eventually, because this guy always gets what he wants. O.K.?” Scaramucci matters because he has divined what Donald Trump wants, and he is speaking in his language. Last night, John McCain and many others refused to be cowed or intimidated. They acted in favor of the most elemental notion of rationality and principle. Who else will follow?

Video: How Trump Could Get Fired

The Constitution offers two main paths for removing a President from office. How feasible are they?

David Remnick has been editor of The New Yorker since 1998 and a staff writer since 1992. He is the author of “The Bridge: The Life and Rise of Barack Obama.”