American Dignity on the Fourth of July

Reading Frederick Douglass’s Independence Day address from 1852 may ease the despair caused by listening to the President.

More than three-quarters of a century after the delegates of the Second Continental Congress voted to quit the Kingdom of Great Britain and declared that “all men are created equal,” Frederick Douglass stepped up to the lectern at Corinthian Hall, in Rochester, New York, and, in an Independence Day address to the Ladies of the Rochester Anti-Slavery Sewing Society, made manifest the darkest ironies embedded in American history and in the national self-regard. “What, to the American slave, is your 4th of July?” Douglass asked:

I answer; a day that reveals to him, more than all other days in the year, the gross injustice and cruelty to which he is the constant victim. To him, your celebration is a sham; your boasted liberty, an unholy license; your national greatness, swelling vanity; your sounds of rejoicing are empty and heartless; your denunciations of tyrants, brass fronted impudence; your shouts of liberty and equality, hollow mockery; your prayers and hymns, your sermons and thanksgivings, with all your religious parade, and solemnity, are, to him, mere bombast, fraud, deception, impiety, and hypocrisy—a thin veil to cover up crimes which would disgrace a nation of savages. There is not a nation on the earth guilty of practices, more shocking and bloody, than are the people of these United States, at this very hour.

The dissection of American reality, in all its complexity, is essential to political progress, and yet it rarely goes unpunished. One reason that the Republican right and its attendant media loathed Barack Obama is that his public rhetoric, while far more buoyant with post-civil-rights-era uplift than Douglass’s, was also an affront to reactionary pieties. Even as Obama tried to win votes, he did not paper over the duality of the American condition: its idealism and its injustices; its heroism in the fight against Fascism and its bloody misadventures before and after. His idea of a patriotic song was “America the Beautiful”—not in its sentimental ballpark versions but the way that Ray Charles sang it, as a blues, capturing the “fullness of the American experience, the view from the bottom as well as the top.” 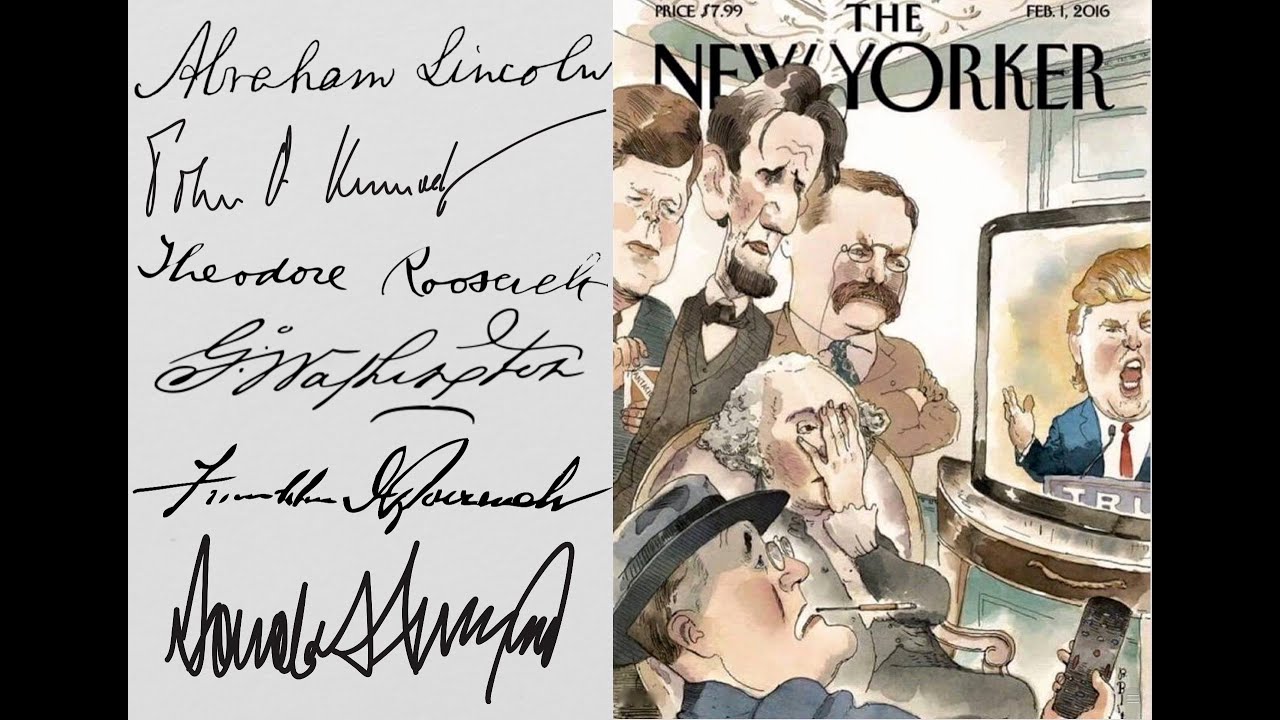 Donald Trump, who, in fairness, has noted that “Frederick Douglass is an example of somebody who’s done an amazing job,” represents an entirely different tradition. He has no interest in the wholeness of reality. He descends from the lineage of the Know-Nothings, the doomsayers and the fabulists, the nativists and the hucksters. The thematic shift from Obama to Trump has been from “lifting as we climb” to “raising the drawbridge and bolting the door.” Trump may operate a twenty-first-century Twitter machine, but he is still a frontier-era drummer peddling snake oil, juniper tar, and Dr. Tabler’s Buckeye Pile Cure for profit from the back of a dusty wagon.

As a candidate, Trump told his followers that he would fulfill “every dream you ever dreamed for your country.” But he is a plutocrat. His loyalty is to the interests of the plutocracy. Trump’s vows of solidarity with the struggling working class, with the victims of globalization and deindustrialization, are a fraud. He made coal miners a symbol of his campaign, but he has always held them in contempt. To him, they are luckless schmoes who fail to possess his ineffable talents. “The coal miner gets black-lung disease, his son gets it, then his son,” Trump once told Playboy. “If I had been the son of a coal miner, I would have left the damn mines. But most people don’t have the imagination—or whatever—to leave their mine. They don’t have ‘it.’ ”

Trump is hardly the first bad President in American history—he has not had adequate time to eclipse, in deed, the very worst—but when has any politician done so much, so quickly, to demean his office, his country, and even the language in which he attempts to speak? Every day, Trump wakes up and erodes the dignity of the Presidency a little more. He tells a lie. He tells another. He trolls Arnold Schwarzenegger. He trolls the press, bellowing “enemy of the people” and “fake news!” He shoves aside a Balkan head of state. He summons his Cabinet members to have them swear fealty to his awesomeness. He leers at an Irish journalist. Last Thursday, he tweeted at Joe Scarborough and Mika Brzezinski, of MSNBC: “I heard poorly rated @Morning_Joe speaks badly of me (don’t watch anymore). Then how come low I.Q. Crazy Mika, along with Psycho Joe, came . . . to Mar-a-Lago 3 nights in a row around New Year’s Eve, and insisted on joining me. She was bleeding badly from a face-lift. I said no!” The President’s misogyny and his indecency are well established. When is it time to question his mental stability?

The atmosphere of debasement and indignity in the White House, it appears, is contagious. Trump’s family and the aides who hastened to serve him have learned to imitate his grossest reflexes, and to hell with the contradictions. Melania Trump, whose “cause” is cyber-bullying, defends the poisoned tweet at Brzezinski. His righteously feminist daughter Ivanka stays mum. After the recent special election in Georgia, Kellyanne Conway, the counsellor to the President, tweeted, “Laughing my #Ossoff.” The wit! The valor! Verily, the return of Camelot!

Trump began his national ascendancy by hoisting the racist banner of birtherism. Since then, as candidate and as President, he has found countless ways to pollute the national atmosphere. If someone suggests a lie that is useful to him, he will happily pass it along or endorse it. This habit is not without purpose or cumulative effect. Even if Trump fails in his most ambitious policy initiatives, whether it is liberating the wealthy from their tax obligations or liberating the poor from their health care, he has already begun to foster a public sphere in which, as Hannah Arendt put it in her treatise on totalitarian states, millions come to believe that “everything was possible and that nothing was true.”

Frederick Douglass ended his Independence Day jeremiad in Rochester with steadfast optimism (“I do not despair of this country”). Read his closing lines, and what despair you might feel when listening to a President who abets ignorance, isolation, and cynicism is eased, at least somewhat. The “mental darkness” of earlier times is done, Douglass reminded his audience. “Intelligence is penetrating the darkest corners of the globe.” There is yet hope for the “great principles” of the Declaration of Independence and “the genius of American Institutions.” There was reason for optimism then, as there is now. Donald Trump is not forever. Sometimes it just seems that way. ♦

This article appears in other versions of the July 10 & 17, 2017, issue, with the headline “Dignity and the Fourth.

David Remnick has been editor of The New Yorker since 1998 and a staff writer since 1992. He is the author of “The Bridge: The Life and Rise of Barack Obama.”

8 thoughts on “American Dignity on the Fourth of July”