During WW II, a man was arrested in London for calling Winston Churchill a fool. The next day in the House of Commons, the opposition members were ready to roast the government for this. “Are we living in a police state”, they shouted, “where we cannot call the PM a fool”?

Churchill’s reply was truly disarming: “The man was not arrested for calling the Prime Minister a fool”, he said, “but for letting out a state secret at a time of war.”

COMMENT | Over the past two years, Prime Minister Najib Razak has had his name smeared, muddied and tarnished. He was called all sorts of names and even unpleasant prefixes were added – some undeserving and downright uncouth.

As the imbroglio over the 1Malaysia Development Bhd (1MDB) canters into its third year, there must have been times when some of the key players would have told the PM and themselves: “We should not have said that”; “We should have taken a different approach” or “We should have put our cards on the table”…

The whole issue would have taken a different dimension if only the game had been played by the rules and greater efforts were made to be transparent at all times. People involved were in denial mode from Day One and this led to speculation, assumption and conjecture.

This, in turn, gave a carte blanche to detractors and critics, who in all fairness, created some interesting yet unbelievable tales. And so, misinformation, half-truths and bare denials made the headlines.

What would make us citizens sit up and pay attention instead of dismissing whatever said by government officials and the mainstream media as propaganda? What would it take to restore public confidence in our system? This is no time for sentiments or phrases like “If only we could turn the clock backwards…” or some smart aleck saying: “I told you so.” Below are some “statements” which all right-thinking Malaysians would like to hear or read:

He is also the RM9.5 million Man 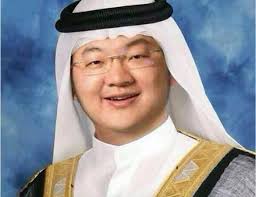 Let it be reiterated that this is the wish list of the writer and is not related any event in the past or present. It could happen in the future, after which the disease called Truth Deficiency Syndrome will be wiped out.