The End of the Left/Right Divide?

*Professor of Democracy, Human Rights, and Journalism at Bard College. He is the author of numerous books, including Murder in Amsterdam: The Death of Theo Van Gogh and the Limits of Tolerance and Year Zero: A History of 1945.

After the French Revolution of 1789, deputies in the National Assembly who supported the revolutionary gains sat on the left, while those who opposed them and hankered after the old order of monarchy and church congregated on the right. Hence the political terms “left” and “right.” Many commentators on the French presidential election have pointed out that these categories no longer fit contemporary politics in France – or, indeed, anywhere else. Emmanuel Macron prides himself on being neither right nor left.

Marine Le Pen, whose National Front is associated with the far right, disagrees: to her, Macron, who was a minister in a Socialist government, is a leftist. But, like Donald Trump, it was Le Pen who ran as the “voice of the people,” whereas Macron, like Hillary Clinton, was depicted as a puppet of bankers, cultural elites, and international plutocrats.

So what do left and right still mean, if anything at all? There is little doubt that something shifted in the last decades of the twentieth century. Left-wing parties began to lose – in some countries more quickly than others – their base in the industrial working class. Redistribution of wealth became gradually less important than the social emancipation of ethnic and sexual minorities. The old alliance between intellectual idealists and trade unions gave way to rainbow coalitions of intellectuals, non-whites, feminists, and gays.

Meanwhile, right-wing parties, like the Republicans in the United States, paid lip service to the social conservatism, and sometimes outright bigotry, of less privileged voters in rural and provincial areas, while doing what was best for big business once they were in power.

What was good for big business – international cooperation, pan-national institutions, and openness to immigration – was not always against the interests of the evolving left-of-center parties. Big business benefited from cheap labor, and the left favored multiculturalism. 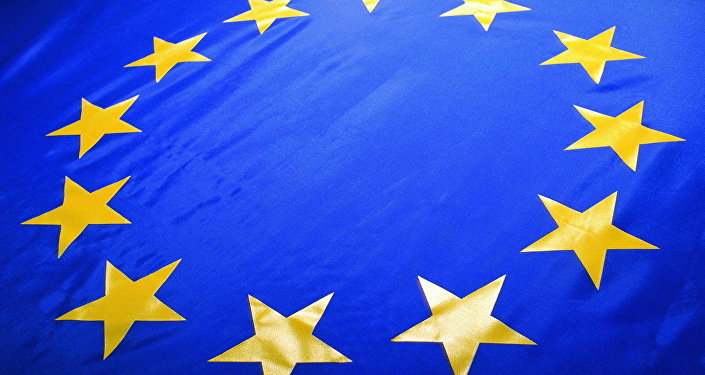 The EU gets a reprieve from France’s Emmanuel Macron

It made some sense, then, that European social democrats frequently ended up in coalition governments with moderate pro-business conservatives or Christian Democrats. This trend was boosted by the collapse of the Soviet empire, because Western liberal democracies no longer had the same pressing need to counter the Communist model with egalitarian arrangements of their own. The electoral successes of Bill Clinton in the US and Tony Blair in the United Kingdom had much to do with their deliberate tilts towards the pragmatic, neoliberal, business-friendly center.

In this respect, distinctions between left and right have indeed collapsed. The old idea of a left representing the downtrodden proletariat against the interests of big business and the bourgeoisie is gone. One reason why the British Labour Party is in such disarray is that it is led by a man, Jeremy Corbyn, whose politics haven’t changed since the 1970s.

But the traditional distinction between left and right is not simply economic. There has been a deeper divide within the National Assembly in France, defined by that between the Dreyfusards and the anti-Dreyfusards in the 1890s, or Léon Blum’s Popular Front and the Action Française in the 1930s. This division still holds in the age of Macron and Le Pen.

Defenders of the French Republic, who took Liberty, Equality, and Fraternity seriously, thought of citizenship as a legal concept, not one based on blood and soil. They believed in institutions more than in hallowed traditions, and in internationalism rather than chauvinism. Captain Alfred Dreyfus, the Jewish officer falsely accused of treason in 1894, was such a polarizing figure in France because his opponents saw him as symbol of national decadence, of a nation whose sacred identity was being diluted by alien blood.

Anti-Semites, and others with a blood-and-soil view of society, invariably see “cold-hearted bankers” (Le Pen’s term for her opponent in the presidential debate) as the enemy of “the real people…the ordinary, decent people” (Nigel Farage’s words at a campaign rally for Donald Trump in Mississippi). In this sense, Macron, who was indeed once a banker for Rothschild, and who believes in open borders and international institutions, is a man of the left. And Le Pen, the champion of La France profonde, the “real France” of rural Christians and angry white people who believe that to be French and Muslim is a contradiction in terms, is a true descendant of the anti-Dreyfusards and the Action Française.

Macron managed to defeat Le Pen this time around. But the social-democratic left is still in a state of crisis. The UK Labour Party is moribund. The Dutch Social Democrats were wiped out. And Trump, an ignorant narcissist with no political experience, managed to become President of the US by whipping up popular resentment against educated elites, bankers, foreigners, immigrants, and international institutions.

The problem for social democrats nowadays is how to survive if large numbers of underprivileged people turn right instead of left. Is it possible for a new alignment to be forged? Can the growing gap between rich and poor bring at least some of the white working class back into the same tent as immigrants and other minorities? Is another New Deal feasible? How might this be reconciled with the interests of internationalist businessmen and bankers?

The crisis on the right, however, is no less serious. Trump may have surrounded himself with Goldman Sachs alumni and corporate titans, even as he claims to serve the interests of the common people. And many Republicans still cling to him in the hope of achieving their policy goals. But he has effectively hijacked the old conservative party of business and internationalism. Will his brand of chauvinistic, nativist populism be able to coexist with the kind of capitalism that thrives on continued immigration, freedom of movement, and global institutions?

While France has dodged the xenophobic bullet this time, the dust has not yet settled. Left and right may be in flux, but the old divisions that emerged after 1789 are still there, perhaps more than ever. Macron is full of good intentions. But if his politics fail, the latter-day anti-Dreyfusards will be back with a vengeance.

5 thoughts on “The End of the Left/Right Divide?”