Lee Jones’ new book on ASEAN and the states of Southeast Asia is refreshingly iconoclastic. It tackles one of the core tenets of ASEANology that has been intellectually reinforced by the Constructivist turn in the analysis of this regional organization. The icon that Jones’ book takes aim at is the scholarly near consensus “on the absolute centrality of the non-interference principle for ASEAN states” (p. 2). A consensus that Jones’ correctly notes echoes the official rhetoric of ASEAN and its member states. 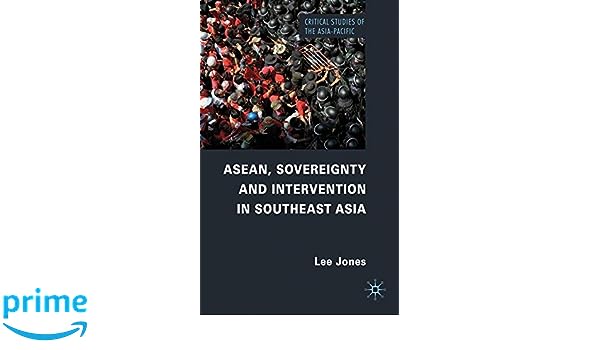 There are three steps to Jones’ argument that this consensus is misplaced. First, he establishes that a range of Constructivist, Realist and English School scholars of ASEAN uphold this consensus despite their intellectual differences and debates over other aspects of the organization.

Second, he establishes the case that ASEAN member states have repeatedly intervened in Southeast Asia both in the Cold War and post-Cold War periods in apparent contradiction to ASEAN’s commitment to non-interference. Where he sees other scholars of ASEAN as downplaying or ignoring these interventions, he makes them the empirical core of his argument.

Third, Jones posits a theoretical explanation for when member states uphold ASEAN’s “cherished norm” of non-interference and when they violate it. He adopts the multi-variable critical political economy approach that Jones argues, for Southeast Asia, “was pioneered by scholars based at or linked with the Asia Research Centre at Murdoch University, Perth” (p. x). Befitting this social conflict approach’s Marxist roots, Jones focuses on state-capital relations in the different member states of ASEAN and the role of the state and state institutions in supporting powerful owners and managers of capital in their domestic conflicts and transnational expansion.

This approach sees “state managers” in the ASEAN member states invoking the non-interference norm and its purported centrality to ASEAN as a “technology of power” to hinder external interventions in favour of domestic marginalized groups such as the people of East Timor (Timor Leste) when it was under Indonesian control and communist rebels and their sympathizers in the Philippines [End Page 303] and Thailand.

These managers violate the same norm when they perceive external threats to their states such as during the invasion of Cambodia by communist Vietnam during the Cold War or threats to foreign market access such as Western pressure on ASEAN over Myanmar’s membership.  In the case of Cambodia, both in the Cold War and post-Cold War periods and Myanmar in the post-Cold War period, it has not only been ASEAN member states that Jones argues have violated this “cherished norm” of ASEAN but ASEAN itself.

Jones links Myanmar’s decision to seek ASEAN membership, ASEAN’s acceptance of Myanmar and ASEAN’s subsequent pressure on the junta to reform politically all to dominant state and capital interests. The junta was interested in joining ASEAN to benefit from the protection of ASEAN’s non-interference norm while providing more economic opportunities for state-linked firms. Myanmar’s membership benefited dominant capital interests in ASEAN states as shown by the rapid increase in Thai and Malaysian foreign investment in Myanmar. However, Western disdain at ASEAN’s acceptance of Myanmar and the importance for ASEAN member states and dominant capital interests of continued good relations with Western powers, particularly after the Asian financial crisis, strongly underpinned ASEAN pressure on Myanmar to reform politically.

ASEAN, Sovereignty and Intervention in Southeast Asia is most effective at establishing the existence of this near consensus in favour of the ASEAN commitment to non-interference and this consensus’ empirical and analytical shortcomings. This definitely is a worthwhile independent contribution to the literature and our understanding of ASEAN’s development.

The author repeatedly shows how the most quoted scholars of ASEAN, particularly those of a Constructivist bent, downplay examples of interventions as isolated or, counter-intuitively, as supporting the general principle of non-intervention. In the second half of the book that looks at the post-Cold War period, Jones insightfully analyses how ASEAN’s rhetorical embrace of good governance, democratization, human rights and ASEAN community building all.