Much Ado over the word “Alleged“— But Missing Dean’s Message

The Alleged Malaysian Official No. 1 who allegedly stole Billions of Ringgit from 1MDB

Many readers have complained about what they see as the over-use of the word ‘alleged’ in the alleged columns that allegedly appear in Malaysiakini under my alleged name. And I sympathise with these critics in the sense that constant over-use of ‘alleged’ or indeed any other word can be very tedious.

But in my own defence I have to say that a good many appearances of ‘alleged’ in my columns are there by courtesy of my long-suffering sub-editors, in their ceaseless attempts to lend some sense of journalistic propriety to my practice of accusing members of Malaysia’s UMNO-BN regime of crimes of which, despite apparently overwhelming evidence, they have not, at least so far, been proven guilty.

Far from convicted, in fact, most have never even tried, investigated or identified as suspects, or even, for that matter, have even admitted that the crimes I and others allege against them have ever actually occurred.

As, for example, in the 1Malaysia Development Berhad (1MDB) case, which the court of public opinion and a good many legal jurisdictions around the world regard as a monstrous swindle and money-laundering scam, but whose alleged mastermind, Prime Minister Najib Abdul Razak aka Malaysian Official 1 or MO1 and his alleged accomplices and supporters claim is entirely free of any shred of irregularity or impropriety, let alone criminality.

A situation that explains why I have to plead guilty of frequently pre-empting my sub-editors by personally employing, and in the process arguably over-employing, the word ‘alleged’ for the purpose of making the point that there is no evidence, let alone proof, that any of the UMNO-BN regime’s alleged agencies of alleged government can be accused of honestly carrying-out its sworn duty.

There’s precious little or no proof, for example, that the alleged Royal Malaysian Police Force properly performs its function of impartially and equally enforcing the laws of the land and protecting the populace, as it is evidently far too busy protecting the interests, allegedly criminal and otherwise, of the regime that effectively owns it.

Just as there is lamentably little evidence for the proposition that the alleged judiciary administers the laws, either criminal or civil, for the benefit of the Malaysian people at large.

Especially in light of the fact that an Attorney-General (AG) who some time ago showed signs of intending to investigate the 1MDB can of worms was summarily ‘retired’ in favour of a successor who immediately decided that allegations against Najib/MO1 and his fellow suspects were false and without foundation.

Similarly, the alleged ‘journalists’ of Malaysia’s alleged mainstream ‘news’ media can never be suspected or accused of performing their professional duty of reporting the news without fear or favour, or indeed of reporting anything at all that might inconvenience, embarrass or more likely incriminate the ruling regime.

While the regime’s alleged ‘religious’ authorities, for their part, persistently support UMNO’s alleged, indeed all-too-obviously false claim to be the ‘defender’ of Islam, despite the regime’s routinely committing such excesses of corruption and criminality as to disgrace Islam or any other alleged ‘faith’.

And the alleged Electoral Commission (EC) is apparently on a mission to avoid even the hint of any suggestion that it might honestly perform its function of ensuring relatively equal numbers of voters across electorates, as specifically required by the constitution, let alone polls free of bribery or other forms of rigging in the regime’s favour.

Indeed, the alleged EC is so extremely biased toward UMNO-BN that the current alleged government, since it lost the majority vote in the 2013 general election, can arguably be considered not guilty of actually being legitimately in power at all. 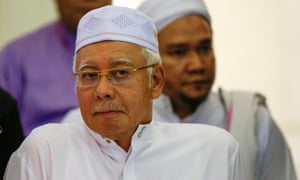 And as far as many of us are concerned, Najib Abdul Razak is only allegedly Prime Minister of the country, as he clearly prefers playing a more presidential role in which he seldom deigns to attend Parliament, and he and his alleged ministers are protected from replying to questions by an alleged speaker who perceives his function solely in terms of preventing the alleged opposition from speaking.

Speaking of speaking, I suspect that at least some of the readers of Malaysiakini who allege that ‘allege’ appears far too often in my alleged columns are themselves only allegedly regular, honest Malaysians.

Admittedly, of course, it could be alleged that my ceaseless allegations against UMNO-BN and its members and minions could be nothing but figments of my alleged imagination, and evidence of a tendency to paranoia into the bargain.

Kevin Morais who was allegedly murdered

It’s altogether possible, of course. But, as boring as all my alleging may be to some, I can’t bring myself to either apologise for this practice or to allege that I intend to engage in it any less.

After all, I owe it to myself as a genuine rather than merely alleged writer, and even more so to you as a truly rather than allegedly respectable and intelligent reader, to go right on expressing my allergy to UMNO-BN’s countless alleged Ali Babas and their ridiculous alleged alibis.

DEAN JOHNS, after many years in Asia, currently lives with his Malaysian-born wife and daughter in Sydney, where he coaches and mentors writers and authors and practises as a writing therapist. Published books of his columns for Malaysiakini include ‘Mad about Malaysia’, ‘Even Madder about Malaysia’, ‘Missing Malaysia’, ‘1Malaysia.con’ and ‘Malaysia Mania’.