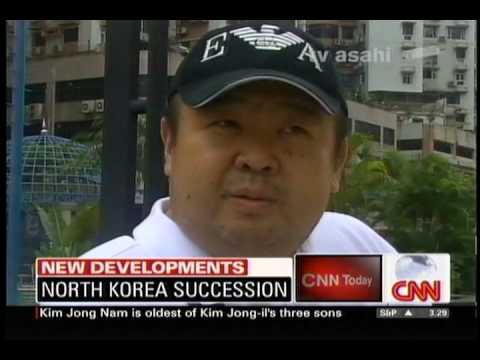 The heinous assassination at KLIA of Kim Jong-nam, half-brother of North Korea dictator Kim Jong-un, by North Korean agents grabbed headlines around the world. It was another reminder of the depravity, recklessness and ruthlessness of the regime in Pyongyang.

The assassination, however, also put the spotlight on Malaysia once again with the international media converging on Kuala Lumpur to cover the story. As is usual in such situations, our policies, personalities and processes come under scrutiny as well.

Although the case is still ongoing, one thing is already clear: we would benefit from a more coherent and coordinated response particularly when dealing with a fast developing issue in the full glare of the world.

While the Police rightly took the lead in investigating the crime, Wisma Putra, which should have stepped in to cover the diplomatic and international dimensions of the case, was largely aloof, at least in the days immediately following the incident.

Indeed, sources within the international media lamented privately that no one in Wisma Putra was willing to speak to them on or off record or answer questions relating to the case.

It was only after the North Korean Ambassador launched his unfounded and outrageous broadside against the government’s handling of the case that Wisma Putra finally found its voice and even then only to rebut the Ambassador.

Perhaps that was what Minister in the Prime Minister’s Department, Rahman Dahlan, was hinting at when he said, following last Wednesday’s cabinet meeting, that Cabinet wanted Wisma Putra to be more proactive on the matter.

Wisma Putra’s lack of intervention has also contributed to the ongoing confusion regarding the status of diplomatic personnel caught up in such cases. As late as yesterday, senior Police officers were still insisting that a North Korean diplomat either cooperate with the Police or face arrest.

The Vienna Convention (1961), of which both Malaysia and North Korea are signatories, is very clear on this – under no circumstances can a duly accredited diplomat be detained or interrogated unless his own country formally revokes his immunity. The only recourse that is available in such cases is to declare the offending official ‘persona non grata’ and insist that he leave within 24 hours.

This is basic diplomatic practice which no country would want to ignore, no matter how justified the circumstances, because it puts its own diplomats everywhere at risk. Certainly, Malaysia would not want to violate such a sacrosanct principle of inter-state relations.

Need to get our act together

Wisma Putra needs to be professional and proactive

The fault, however, has as much to do with Wisma Putra’s failure to provide clarification in a timely fashion as with the way government agencies operate in times of crisis and the manner in which inter-agency cooperation is managed; there are simply no clear-cut rules for determining who takes the lead in such cases.

Clearly, we have learned little from previous experiences like the MH370 saga about the critical importance of putting in place a well-defined crisis response team together with a central spokesperson, someone who is trained, professional, knowledgeable and fluent in English to handle the press, serve as the main conduit for information and speak on behalf of the government as the situation develops. 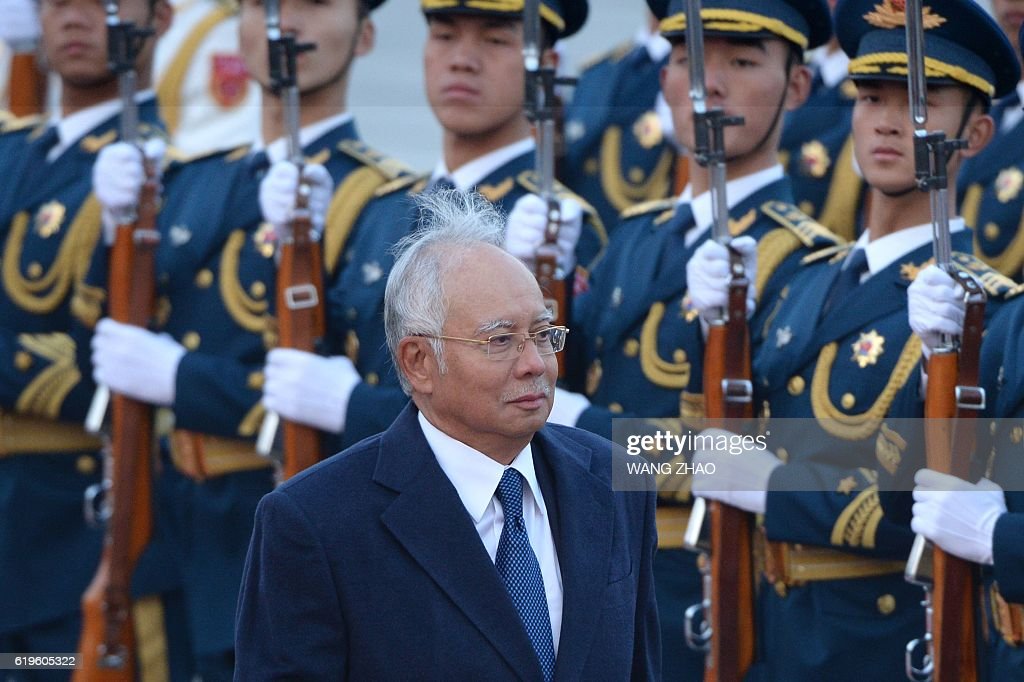 Malaysia’s Prime Minister Najib Razak is always in La Laland, instead of getting down to the serious business of government

This is pretty standard operating procedure in other countries; there is no reason why it can’t be done here as well.

That North Korea is a rogue nation, a serious threat to international peace and stability and a horrifically abusive regime is no secret. The real question is why Putrajaya has allowed North Korea to turn Malaysia into one of its most important bases of operation in the region from which to carry out clandestine activities, circumvent UN sanctions and engage in all sorts of illicit enterprises to earn hard currency for the regime.

A recent UN report noted, for example, that North Korea has flouted UN sanctions by relying on middlemen and front companies in Malaysia [and China]. It cited specifically the case of a Malaysia-based front company controlled by North Korea’s Reconnaissance General Bureau which is tasked with overseas operations and weapons procurement.

Because of the relatively lackadaisical attitude towards North Korea, Pyongyang has gradually expanded its operations in Malaysia to the point where there are now about 1000 North Koreans operating in Malaysia, one of the largest North Korean expatriate communities in the region.

Given that North Korea is a highly regulated Stalinist-like state with no free enterprise and absolutely zero individual freedoms, it would be naïve to believe that North Koreans living in Malaysia are merely private businessmen, entrepreneurs or simple students. They are all agents of the state sent here on one sort of mission or another. 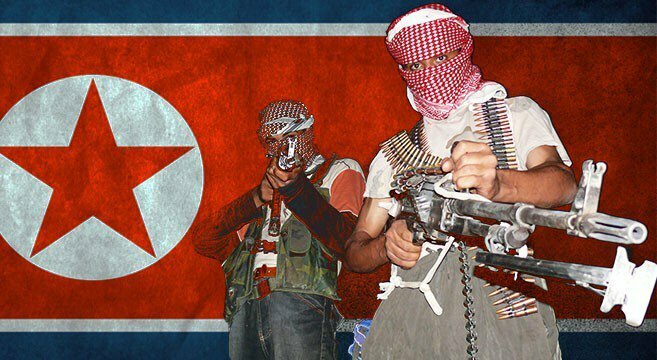 The lack of proper oversight and surveillance of North Koreans in Malaysia also makes it doubtful whether any one actually knows what all these North Koreans are really up to. It was reported, for example, that one of the North Koreans implicated in the assassination came in on a work permit two years ago but never worked at the designated company.

Even before the assassination, Malaysia, with its generous visa-free regulations and lax visitor controls, had already garnered a reputation as an international haven for all kinds of shady people and activities. As was widely reported at the time, al-Qaeda, for example, held an important meeting in Kuala Lumpur prior to the 9/11 attacks.

The North Koreans are now exploiting this vulnerability for their own purposes.

There is also obviously a certain amount of naivety, even gullibility, on the part of our officials when it comes to dealing with countries like North Korea. During the 13th Malaysia International Branding Showcase event last year, one of our senior trade officials gushed that “North Korea is now looking at using Malaysia as a gateway to Southeast Asia markets as it finds the country business friendly with pro-business policies.” 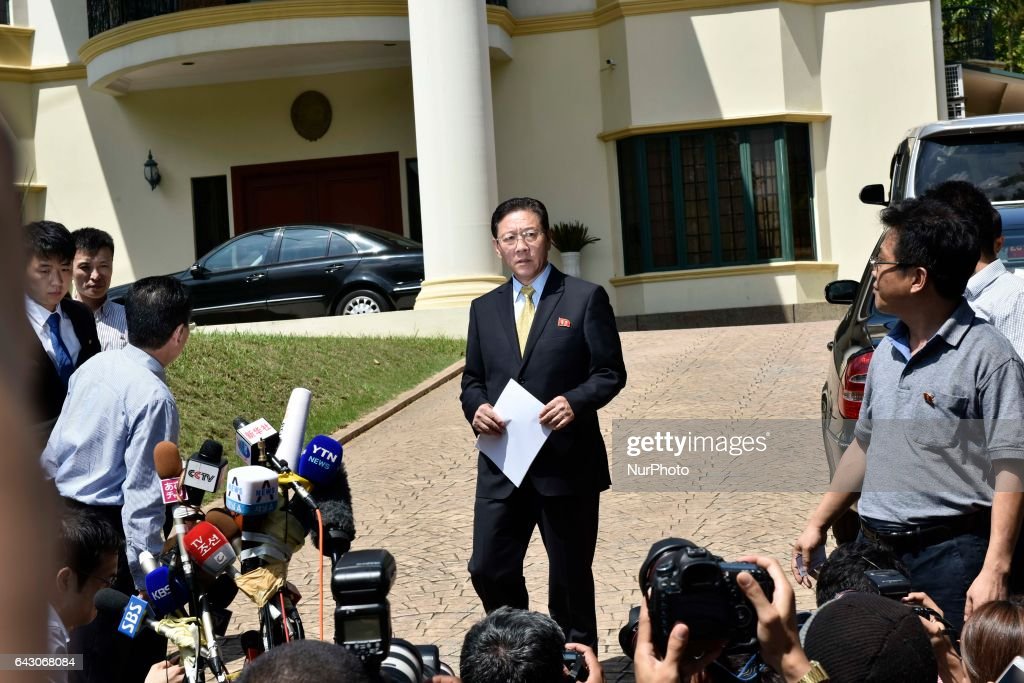 North Korea, which has hardly any exports worth talking about, was certainly looking at using Malaysia as a gateway but not for the kind of activities that our trade officials had in mind.

BERNAMA (the national news agency), meanwhile had discussions with North Korea to enhance cooperation in information-related areas while one private Malaysian university–HELP University–even awarded Kim Jong-un an honorary doctorate in economics, apparently for his “untiring efforts for the education of the country and the well-being of its people.”

One has to wonder what motivates such patently misguided and fatuous decisions.

Stung by the North Korean Ambassador’s undiplomatic and unwarranted criticism of Malaysia’s handling of the case, many of our ministers have now joined the chorus of condemnation against North Korea.

Our Minister of Tourism, Nazri Aziz, for instance, warned Malaysians not to travel to North Korea noting that with North Korea one could never predict what would happen. “They do all sorts of unimaginable things,” he cautioned.

He is, of course, quite right but then North Korea has always been unpredictable and unsafe. What the minister should be explaining is why North Korea was even allowed to open a tourism office in Kuala Lumpur and why Air Koryo was allowed to fly into KLIA until 2014 when the service was suspended due to UN sanctions.

For all the wrong reasons

The decision in 2003 to establish a resident diplomatic mission in Pyongyang was also baffling. Bilateral trade is almost non-existent and there are no pressing bilateral matters that require sustained engagement with North Korea.

How establishing a resident mission could ever be justified under such circumstances is a mystery.

It does suggest perhaps that we seem to establish diplomatic and consular missions too hastily and for all the wrong reasons. Instead of concentrating our limited manpower and financial resources to where it can make the most difference, we spread ourselves out across the globe – 111 diplomatic and consular posts in 85 countries – in the mistaken belief that diplomatic missions automatically translate into greater influence, respect and international standing. Singapore, by comparison, has no more than 45.

For all these reasons, the Cabinet’s recent decision to review relations with North Korea is long overdue.

It’s time that Malaysia ally itself with all those, including China, South Korea and Japan, who are deeply concerned with North Korea’s egregious behaviour and the threat it poses to peace and security in the region.

Once the investigations into the assassination are completed, Malaysia should, therefore, move to downgrade relations with North Korea. Among the actions that can be considered is closing our diplomatic mission in Pyongyang, expelling the North Korean Ambassador (for his undiplomatic behaviour) and all other North Korean diplomats implicated in the assassination, revoking the visas of North Koreans working in Malaysia, ensuring strict compliance with all UN sanctions against North Korea and suspending all bilateral cooperation agreements.

While Malaysia is too far removed to be directly engaged in dealing with the North Korean problem, we can play a small and meaningful part in making UN sanctions against North Korea more effective, depriving it of an important base of operations in the region and helping further isolate the rogue regime in Pyongyang. And Malaysians would certainly be the safer for it too.

8 thoughts on “Wisma Putra and the North Korean Murder Snafu”