The inauguration of the 45th US President, Donald Trump, is a game-changer and the fallout threatens Asian interests perhaps more than those in any other part of the world.

‘For many decades, we’ve enriched foreign industry at the expense of American industry’, Trump declared in his inaugural speech, ‘[we’ve] subsidised the armies of other countries while allowing for the very sad depletion of our military; we’ve defended other nation’s borders while refusing to defend our own; and spent trillions of dollars overseas while America’s infrastructure has fallen into disrepair and decay’.

‘From this moment on, it’s going to be America First, America First’, Trump hailed. ‘Every decision on trade, on taxes, on immigration, on foreign affairs, will be made to benefit American workers and American families. We must protect our borders from the ravages of other countries making our products, stealing our companies, and destroying our jobs. Protection will lead to great prosperity and strength’.

That the United States under Trump would ‘reinforce old alliances and form new ones — and unite the civilized world against radical Islamic terrorism’ might provide a reassurance to allies in Asia and the Pacific, but one that is deeply qualified by the notion that paying for US deployments abroad is under scrutiny.

What is Donald Trump like and what will his presidency really be about? No one can know for certain: the only predictability about Trump is his unpredictability. But the experts on Trump, those who have studied his life and career and written his biographies, are clear on three things.

‘They see the same person they’ve always seen — the consummate classroom troublemaker; a vain, insecure bully; and an anti-institutional schemer, as adept at ‘gaming the system’ as he is unashamed of that. As they look ahead … to his administration … they feel confident predicting that he will run the country much as he has run his company: for himself’.

Apart from his father, Donald Trump’s chief mentor in life was Roy Cohn, a Joe McCarthy henchman, ‘a guy who stood for cold-eye calculus about how bullying people works’.

The world out there, without its norms or conventions, for which Trump on his record has no respect, is a bigger bully pit than even he has had to deal thus far in his career. On all the evidence we have, there is zero chance that in the fights he picks with world leaders Trump will be capable of separating personal pique from his country’s interests — let alone the interests of the broader public.

Nothing about inauguration day has allayed the two main anxieties for Asia that have been fuelled by the harbingers of radical change under a Trump presidency.

The old certainties that brought prosperity and a significant measure of stability to world affairs for over three-quarters of a century after the Second World War are no longer clear.

The US anchor of the Western security system, on which order in Asia and the Pacific has relied, may be being weighed. 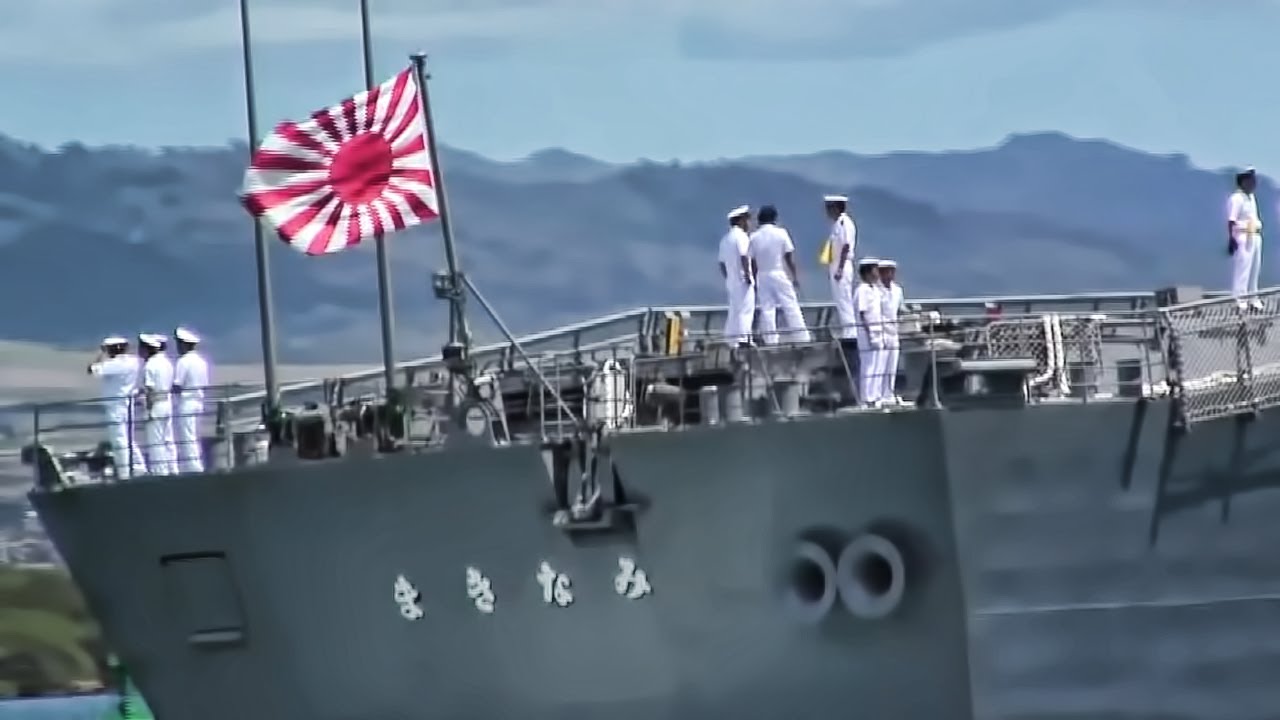 The comfortable view in Tokyo, Canberra and even in Beijing that Trump in election mode was all political rhetoric, and that US global economic and security strategies would largely remain undisturbed, has given way to deeper disquiet.

Reliance on the enduring operational verities of continuing strategic engagement with Washington, around the uncertainties that Trump brings to the game, is an increasingly doubtful refuge for the business-as-usual camp.

So how do we deal with the new Trump reality show in Asia?

Certainly not by sitting back and taking what the bully pit dishes up, argues Hitoshi Tanaka in this week’s lead essay. Trump’s ‘America First’ foreign policy rhetoric is moving the United States away from its traditional role as a global leader at a time when the domestic and international political environments are undergoing significant change, Tanaka points out. Japan, as the United States’ most important ally in Asia, has to get on the front foot in defining the kind of engagement it wants with America. Prime Minister Abe, Tanaka says, has been right to engage Trump early and, he might have added, to swing through Southeast Asia and Australia last week to seek common positions across the region.

The Giants of East Asia

‘Given that Trump appears keen on having Japan expand its share of the security burden’, says Tanaka, ‘the best option would be intensive US–Japan consultations that aim to forge a common approach to key challenges as an initial step toward a joint US–Japan strategy for the region’. The overarching objective would be to retain and enhance US engagement in Asia while bolstering Japan’s security roles and functions within the alliance framework, and its contributions to peace, without opening a regionally destabilising Pandora’s box’.

An important strategic priority among the four that Tanaka identifies is nurturing a stable and inclusive regional order. ‘On its current trajectory, the Asia-Pacific regional order risks fracturing into a two-tiered structure composed of the US-led liberal international order and an emerging Chinese sphere of influence’. The United States and Japan should prioritise engagement with China and find a new way to coordinate among regional institutions and advance cooperation among Asian powers. This requires rapid and immediate elevation of consultation among the Asian powers.Sitting back and relying on old default settings is unlikely to work in the new bully pit.

In the new Trump era, Prime Minister Abe, on regional engagement, and Chinese President Xi Jinping, on the importance of economic globalisation at Davos, have both set good examples of getting on the front foot in Asia. One hopes that other Asian leaders, individually and collectively, will quickly follow suit.

The EAF Editorial Group is comprised of Peter Drysdale, Shiro Armstrong, Ben Ascione, Ryan Manuel, Amy King and Jillian Mowbray-Tsutsumi and is located in the Crawford School of Public Policy in the ANU College of Asia and the Pacific.
SHARE:

Japan-US Alliance in the Trumpian Era

Donald Trump’s election to the US presidency came as a major surprise to Japan and the rest of Asia. And Trump’s controversial campaign rhetoric has brought into question the pillars of US foreign policy, including the value of US alliance relationships, its commitment to free trade and its willingness to protect regional stability in the Asia Pacific.

Yet the region must find a way to work with the Trump presidency. Japanese Prime Minister Shinzo Abe signalled Japan’s intention to do so by becoming the first foreign leader to meet with President-elect Trump on 17 November. Looking ahead, the region faces a number of challenges that require intensive consultation and cooperation.

Trump’s ‘America First’ foreign policy rhetoric appears to be moving the United States away from its traditional role as a global leader at a time when the domestic and international political environments are undergoing significant change. Continued US leadership and intensive cooperation with allies and partners will remain critical to the maintenance of regional peace and prosperity.

While the Trump administration contemplates its foreign policy approach, America’s allies must review their regional approaches as well. Given that Japan remains the most important US ally in Asia, the two countries need to move forward and further build up the infrastructure of the alliance.

Japan has responded to the changing security environment with a remarkable suite of defence reforms aimed at expanding its ‘proactive contributions to peace’. Japan will need to continue to expand its contributions, but must do so in a way that is anchored by its identity as a peace-loving nation that does not use military means to pursue its economic or political agenda.

Given that Trump appears keen on having Japan expand its share of the security burden, the best option would be intensive US–Japan consultations that aim to forge a common approach to key challenges as an initial step toward a joint US–Japan strategy for the region. The overarching objective would be to retain and enhance US engagement in Asia while bolstering Japan’s security roles and functions within the alliance framework, and its contributions to peace, without opening a regionally destabilising Pandora’s box.

The Trump and Abe administrations should focus on four key areas. First, a new approach towards North Korea is necessary. ‘Strategic patience’ has failed to change North Korean behaviour. The Kim Jong-un regime is edging closer to producing a miniaturised nuclear warhead that can be mounted on a long-range missile. This poses a serious threat.

Resolving the situation on the Korean Peninsula requires comprehensive and coordinated efforts between the United States, Japan and South Korea to bring China into the fold. Beijing is still hesitant to apply crippling pressure to the extent that it would seriously undermine the Kim Jong-un regime’s political control and run the risk of causing North Korean collapse. The United States, South Korea and Japan must do more to reassure China that a full break with the regime in Pyongyang will not end up being antithetical to its national interests. This requires joint contingency planning among the allies as well as intensive discussions with China to prepare for worst-case scenarios on the peninsula.

Second, greater confidence-building among the United States, China, Russia, Japan and South Korea is sorely needed in order to de-escalate tensions, defuse nationalism and build relations rooted in win–win cooperation. While this may be hard to envision based on Trump’s election rhetoric, operational-level cooperation that is already underway between the United States, Japan and other likeminded countries in the region can gradually be expanded.

The third priority is nurturing a stable and inclusive regional order. On its current trajectory, the Asia-Pacific regional order risks fracturing into a two-tiered structure comprised of the US-led liberal international order and an emerging Chinese sphere of influence. The United States and Japan should prioritise engagement with China. They need to find some way to coordinate among regional institutions and advance functional cooperation among Asian powers.

Though the Trump administration is likely to place lower priority on international institutions, it is in the US interest to find some way to promote smoother coordination between the Asian Infrastructure Investment Bank and the One Belt, One Road initiative on the one hand and the IMF, World Bank and Asian Development Bank on the other.

Finally, the United States will need to find a balance between cooperation with Russia in areas of mutual interest and maintaining a unified front within the international community against unlawful Russian behaviour, such as its unilateral annexation of Crimea in March 2014. There is a strong need for intense consultations between Japan and the United States on this front.

There is a deep sense of uncertainty about the future role of the United States in East Asia. As Trump takes office, it will be crucial that his team makes a concerted effort to understand the positions of US allies and friends. As US domestic politics and the regional balance of power undergo changes, intensive consultations and cooperation with allies and partners will be critical. Forging a joint approach on key regional challenges in a way that opens the door to a shared US–Japan strategy will benefit both countries.

This article is an extract from East Asia Insights Vol. 11 No. 3 December 2016, which is available in full here, and is reprinted with the kind permission of JCIE.

6 thoughts on “President Trump and Asia: Lest it’s misunderstood–America First”