Book Review: A Great Place to Have a War (Laos)

When John F. Kennedy won the election to become the 35th President of the United States, he met with his predecessor, Dwight D. Eisenhower, who repeatedly warned him that the tiny, poverty-stricken country of Laos was the “cork in the bottle. If Laos fell, then Thailand, the Philippines, and of course Chiang Kai-shek [Taiwan] would go.”

Men who say they fought a secret war for the C.I.A. are still on the run with their families in the mountain jungles of Laos. Credit Tomas Van Houtryve/The International Herald Tribune

If Laos were lost, the outgoing president said, the rest of Southeast Asia would follow, and the gateway to India would be opened to the communists.

In actual fact, at that point Laos was so poor that its single most important source of foreign exchange in 1961 was from collect cable tolls by journalists, warning that Laos was a linchpin in the Communist drive for world dominance.

If it was irrelevant, in the words of one CIA operative, it was a “great place to have a war,” the title of a new and disheartening book on the secret war prosecuted by the CIA that convulsed the country for the next 13 years by Joshua Kurlantzick, a senior fellow for Southeast Asia at the Council on Foreign Relations.  Kurlantzick is the author of three other books on Asia.

The misperception of Laos’s strategic importance was tragic. Thailand, with its strong Monarchist institutions, was never going to go communist.  British-controlled Malaya, with its majority Malay Muslim population and a communist insurgency centered in a minority of the minority Chinese, was battling an uprising that numerically could never succeed. The Hukbalahap rebellion in the Philippines was a rural rebellion that could never really touch the Catholic urban population. The domino theory was pretty much nonsense. 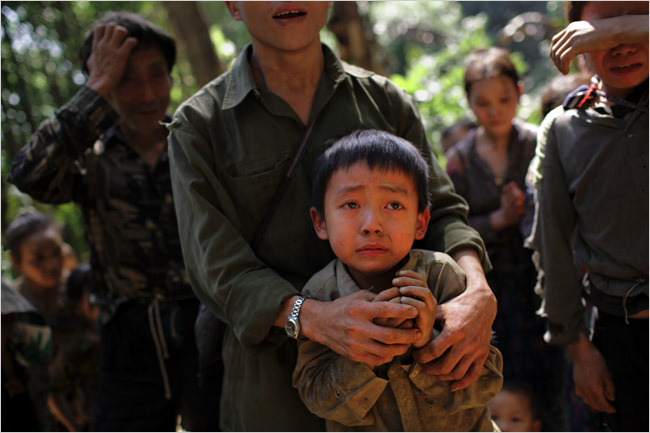 But from such misconceptions tragedies arise. And in the decades that followed, Laos would be visited by a calamity that its population, numbering only 2.1 million in 1961, could hardly bear.  In this important book, Kurlantzick writes in excruciating detail how the decisions by Eisenhower and Kennedy would turn the CIA from a spy organization to one whose primary role was covert warfare, involving the agency in ever-more controversial actions across the world.

As Laos became a bigger priority for the agency, “the program would balloon in men and budget. More and more Americans would arrive,” Kurlantzick writes. “It would grow into a massive undertaking run by CIA operatives on the ground, and by the agency and its allies in the Lao capital and back in Washington. The United States would build a vast proxy army of hill tribes in Laos—mostly Hmong but also several other ethnic minorities—that would number in the tens of thousands. Overall, by the end of the war in 1975, some two 200,000 Laotians, both civilians and military, had perished, including at least 30,000 Hmong.

Nearly twice as many Laotians were wounded by ground fighting and by bombing, and 750,000 of them, Kurlantzick writes, were made refugees. More than 700 Americans died, almost all of them CIA operatives, contractors, or US military men working on loan to the CIA, although many of the American deaths would not be revealed to the public for decades.

The US dropped more bombs on Laos than it did on Hitler’s Germany during the Second World War, causing untold hardships to the Laotian people. This is the legacy of bot.h Eisenhower and Kennedy.

Today, Laos remains strewn with land mines and other antipersonnel weapons that take the lives and limbs of people almost every day.  A third of the bombs dropped on Laos – famously, more than were dropped on Germany during World War II – were undetonated and continue to explode. Since the Laotian war ended, tens of thousands of Laotians, mostly from hill tribes little removed from the stone age, would become refugees and were flung into a vast diaspora in which few have found anything like success.

By most measures, the CIA’s adventure in Laos was a debacle that virtually destroyed a civilization and was lost when the country basically disappeared into the Vietnamese orbit. But by the CIA’s yardstick, it was an outright success.

William Colby, who became the director of the agency, had strongly advocated shipping arms to Vang Pao, the charismatic Hmong leader, and his men.  Both he and his predecessor, Richard Helms, believed the agency had proven itself in warfare and had held off communism far more effectively than the US military had. Helms contended that the secret war had occupied 70,000 North Vietnamese troops who might otherwise have fought Americans in Vietnam, Kurlantzick writes.

After 1975, men with experience in the secret Laotian war started up the ladder of success all over the world. That included Richard Holm, a young CIA case officer who would rise to take over the CIA station in Paris. Ted Shackley would go on to become the associate deputy director for covert operations. Daniel Arnold, the last CIA station chief in Vientiane before the communist takeover, became the chief of the evaluations and plans department of the agency’s Directorate of Operations. Dozens more were similarly on track for agency success.

“Many clandestine officers who had worked in Laos brought to other posts a belief that the agency could now handle warfare,” Kurlantzick writes. “Indeed, several of the agency’s own initial classified retrospectives emphasized not only that [Operation] Momentum had been successful in bleeding North Vietnam and prolonging the United States’ ability to fight in Indochina but also that the operation had given the agency war- fighting skills.”

Eventually, the CIA’s adventurism caught up with it. Utah Sen. Frank Church led a committee probe that brought new oversight. Admiral Stansfield Turner, appointed by then President Jimmy Carter, cut 800 agency jobs in what Kurlantzick said was to be “the worst moment in the agency’s history.”

But when Ronald Reagan came into office, that ended the CIA reforms. Bill Casey, Reagan’s wily CIA director, called the Laotian operations a template for pushing back communism. Budgets skyrocketed. Restrictions were removed on covert operations, especially in Afghanistan, then occupied by the Soviet Union. Casey engineered the training and equipping of the mujahedeen with Stinger rockets. Eventually the muj bled the Soviet Union so badly that its Afghan adventure contributed to the ruin of the Soviet economy.

That too ended in disaster, with the mujahedeen turning their guns on each other, virtually wrecking the country so badly that the citizenry welcomed the Taliban because they promised law and order.

The CIA applied those lessons across Central America, bolstering a series of repressive governments in Guatemala and other countries that have resulted in floods of political refugees seeking to get into the United States.

In the 1990s, as in the late 1970s, despite a downsizing, the CIA paramilitary forces continued to expand, operating in Somalia and training Iraqi exiles opposing the Saddam Hussein regime, and training other guerilla armies.

Today intelligence gathering – the original mission of the agency – “is secondary in the agency’s mission to kill enemies of the United States,” Kurlantzick writes. He notes that other reporting revealed in 2015 that the CIA and Special Forces together had created a kind of global super-elite paramilitary force. In early 2015 the agency’s senior paramilitary specialist was made head of the CIA’s entire clandestine service, which is responsible for nearly all overseas intelligence operations.

Today, as Kurlantzick demonstrates, “CIA activities go almost totally unwatched by the public and the media. The strategies used to keep most of the war on terror secret—prohibiting reporters from coming near CIA paramilitary operations, classifying even the most basic details of paramilitary campaigns, relying almost exclusively on technology, contractors, and local forces rather than US ground troops—would have been completely familiar to the CIA operatives running the Laos war.”

One thought on “Book Review: A Great Place to Have a War (Laos)”