The Passing of America’s Sweetheart of the ’50s: Debbie “Tammy” Reynolds

Debbie Reynolds, who starred opposite Gene Kelly in the 1952 musical Singin’ in the Rain, has died a day after the death of her daughter, Carrie Fisher.

The US actress, 84, had been rushed to hospital with a suspected stroke.Her son, Todd Fisher, said the stress of his sister’s death had been too much for her and in her last words, she had said she wanted to be with Carrie.

US actress Bette Midler said Reynolds was “devoted to her craft” and that her death was “too hard to comprehend”.

Actress Debra Messing said Reynolds, her on-screen mother in sitcom Will and Grace, had been an “inspiration”.”A legend of course,” she wrote in a statement. “The epitome of clean-cut American optimism, dancing with Gene Kelly as an equal, a warrior woman who never stopped working.”

Actor Rip Torn, who worked with Reynolds in her Las Vegas stage show, said: “I was blessed to work with this remarkable woman for 45 almost 50 years. That makes for a very rare bond and unique relationship.

“She was generous to a fault, never caring who got the laugh from the audience. I will always love her.” Veteran comic actress Carol Channing agreed: “She was beautiful and generous. It seems like only yesterday she was having lunch here at the house and we were discussing the possibility of working together in a new show.”

For Star Trek actor William Shatner, Reynolds was one of the last of the Hollywood royalty. “It breaks my heart that she is gone,” he wrote. “I’d hoped that my grieving was done for 2016.

Reynolds had been at her son’s house in Beverly Hills – apparently discussing the arrangements for Carrie Fisher’s funeral – when she was taken ill.

She was admitted to Cedars-Sinai Medical Centre suffering from breathing difficulties and her death was confirmed a few hours later. It is thought she suffered a stroke.

Carrie Fisher, renowned for her role as Princess Leia in the Star Wars series, had died aged 60 the day before, after spending three days in a Los Angeles hospital.

She never regained consciousness after suffering a massive heart attack on board a flight from London to Los Angeles on Christmas Eve.

Carrie and Todd Fisher
Speaking to the Associated Press news agency about his mother, Todd said: “She’s now with Carrie and we’re all heartbroken.”

Celebrity news site TMZ reported that Reynolds cracked while discussing plans for Carrie’s funeral with her son, telling him: “I miss her so much; I want to be with Carrie.”

Reynolds married singer Eddie Fisher in 1955 and had two children, Carrie and Todd. The couple divorced in 1959 after news emerged of his affair with movie star Elizabeth Taylor.Reynolds married twice more. 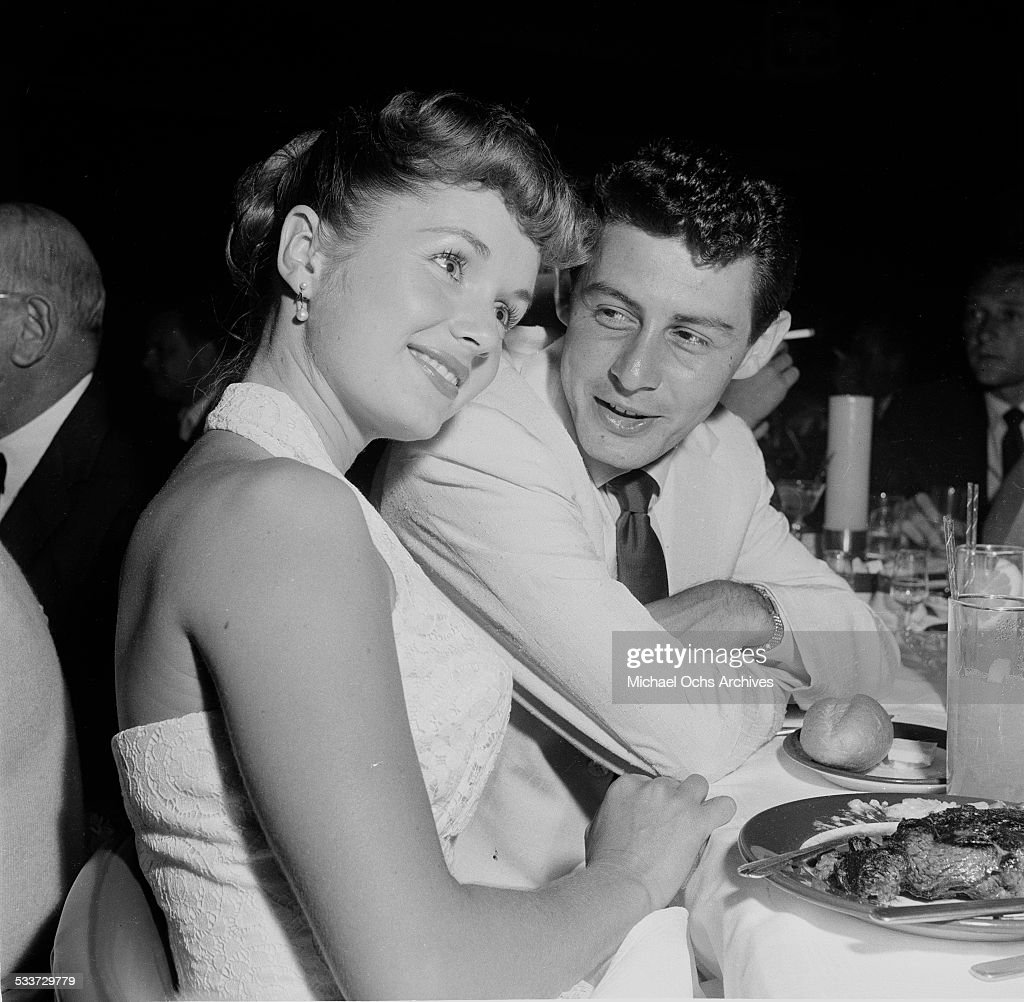 The actress has a sometimes strained relationship with her actress daughter, who wrote about it in her semi-autobiographical novel Postcards from the Edge. The pair stopped speaking to each other for many years but became closer later in life.

In an interview last month with US radio network NPR, Fisher said her mother was “an immensely powerful woman” whom she admired “very much”.

As people gathered to pay their respects to the actress at Hollywood’s Walk of Fame, one couple, Jose and Daniela Barrera, appeared to speak for many after a year marked by celebrity deaths.

“It’s just, you know, a sad time I guess,” Jose told the Reuters news agency. “With the closing of the year and so many deaths in the year, it’s just sad.”

“It was so sad,” added Daniela. “It was a shocker. I mean, what were the odds of this happening? It was incredible finding out, sad.”

What is your reaction to the passing of Debbie Reynolds and Carrie Fisher just one day apart? Have you been affected by any of the issues raised in this article? You can share your experience via haveyoursay@bbc.co.uk.

One thought on “The Passing of America’s Sweetheart of the ’50s: Debbie “Tammy” Reynolds”